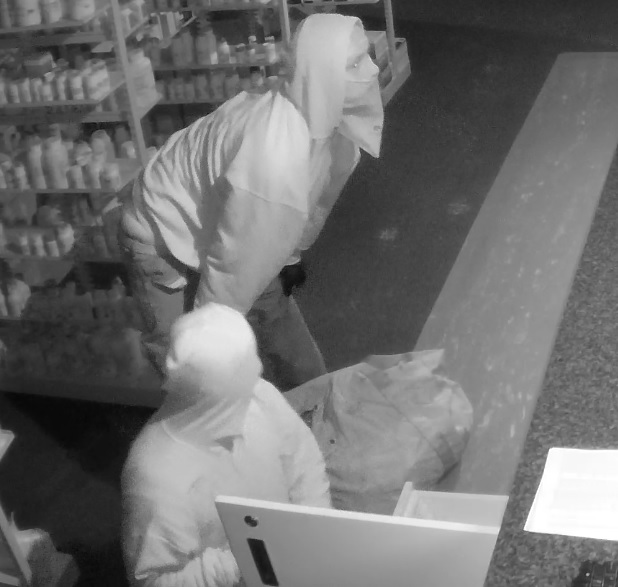 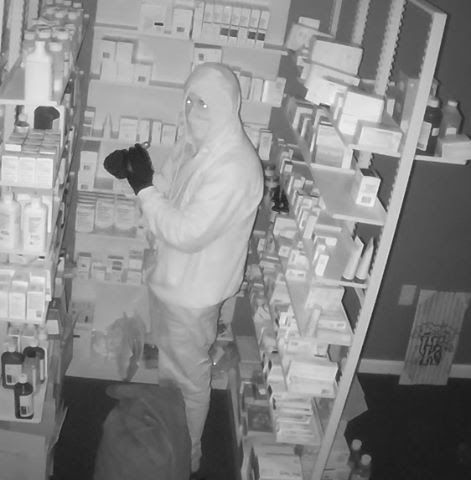 According to a news release from CCSO, the suspects stole a large amount of medication and other property.

The suspects are described as two white males, in their early 20s, ranging from 5 feet 8 inches to 5 feet 10 inches tall, wearing dark hoodies and dark pants.

CCSO provided photos taken from video surveillance of the pharmacy. In the photo and video, the suspects’ hoodies appear white due to the way the video system records footage, but the hoodies are actually black.

CCSO asks that if anyone knows who they are or if anyone has any information regarding the burglary, to call the Sheriff’s Office at 270-887-4141, or call dispatch at 270-890-1300 and ask for Detective Mark Reid.

The following information was obtained through police, police reports or the Christian County Jail. Readers are reminded that a charge is only an accusation and everyone is entitled to the presumption of innocence until proven guilty in a court of law