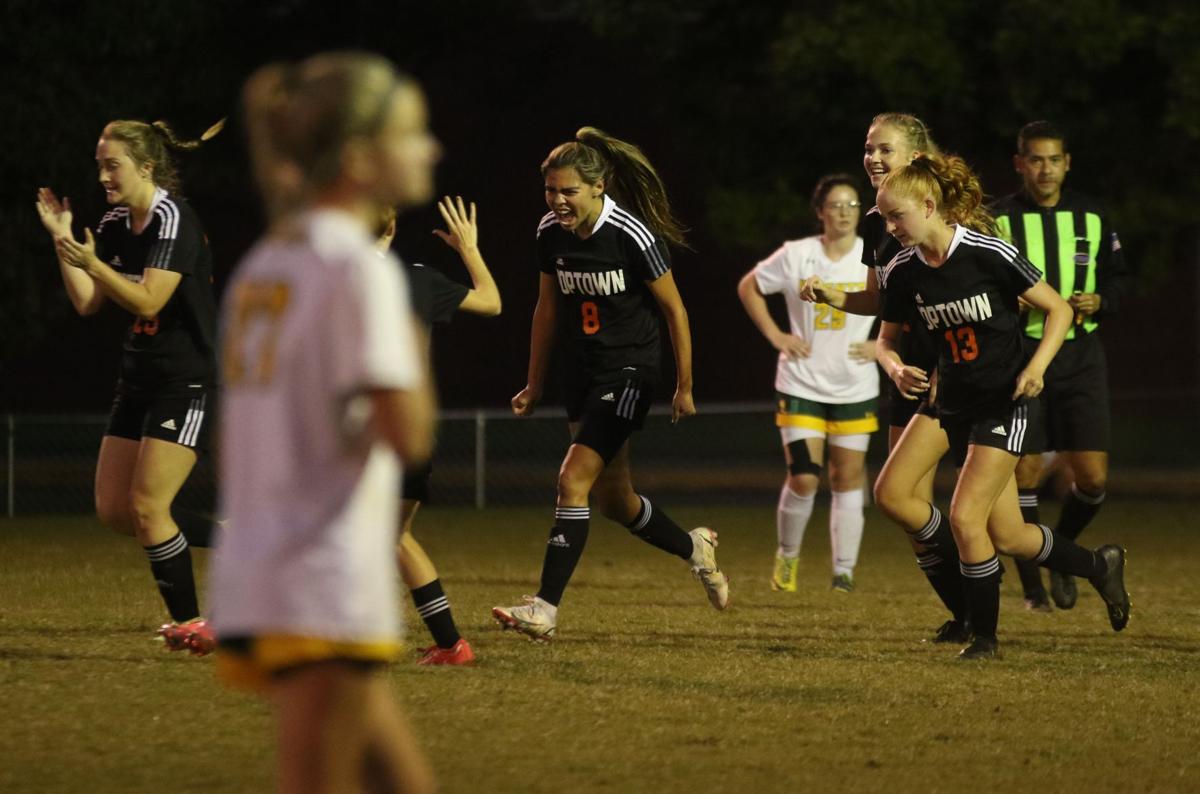 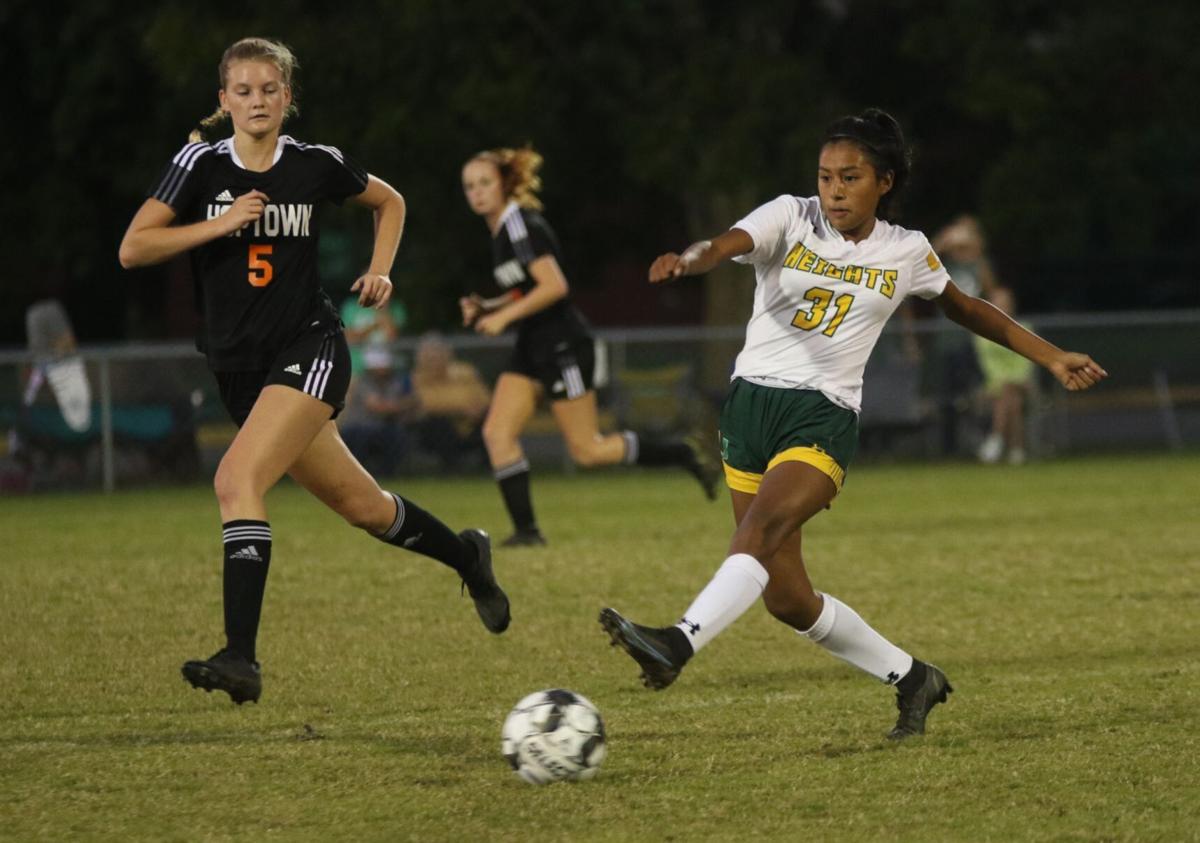 University Heights Academy's Lucy Wilkins passes the ball in the Lady Blazers' loss to Hopkinsville on Thursday night in the Eighth District Championship.

University Heights Academy's Lucy Wilkins passes the ball in the Lady Blazers' loss to Hopkinsville on Thursday night in the Eighth District Championship.

This moment for the Hopkinsville Lady Tigers was six years in the making.

Since 2016, the Eighth District championship has run through University Heights Academy.

For the first time since 2015, the championship trophy returns to the other side of the city as Hopkinsville defeated the Lady Blazers 2-0 on Thursday night to claim the Eighth District Title.

“I don’t really know how to put it into words yet,” Lady Tigers’ head coach Ben Russell said. “I’m more happy for our girls because they’ve worked so hard. They felt like they earned the right to play in this game and earn the right to lift that trophy. I’m just happy they had the work rate and ethic all season long to do it.”

After not winning a contest against UHA since their victory in the district tournament in 2015, the Lady Tigers claimed both of their contests against the Lady Blazers this season getting over the hump with a strong senior class led by Anna Hernandez and Abby Moss.

Hernandez, who hasn’t played in a district championship in her career after missing the past two seasons, got Hoptown rolling in the 10th minute with a goal and putting UHA on the back foot, unlike in their first meeting.

While UHA was pressing and trying to get that goal back, the Hoptown backline kept the Lady Blazers’ attackers at bay.

Morgan Woosley doubled the Lady Tigers’ lead with a penalty kick minutes before the half, giving them a little extra cushion.

Hoptown held off any other pushes from UHA to claim the championship.

Russell said the game was one fo the best they had played all year.

“I thought we played pretty exceptional,” Russell said. “We had by far our best warmup before the game. They were focused and ready to go. They’ve been ready to go for a couple of days. I thought our backline played exceptionally well. The couple of chances we got, we were fortunate enough to make it.”

It was a 'Special' win for UNI Saturday

While the Lady Blazers had opportunities and handled the ball well at times, UHA head coach Michael Parker said he felt they just couldn’t put the ball away.

“I don’t know what it was,” Parker said. “There were long spells in the second half where we had a lot of possession. I thought we’d get one, we just never did. We could never get that good connection.

One of the big areas the Lady Blazers capitalized on in the semifinals against Christian County was on free kicks with senior Piper Hancock.

Hancock scored the game-winning goal against the Lady Colonels on a drop ball in extra time on Tuesday night.

The Lady Tigers managed to play good defense without fouling and allowing Hancock to ghet a free attempt on goal.

“That was one of the points we talked about in practice,” Russell said. “Piper has a great leg on her and if she puts one on frame, it’s going to have a lot of steam on it.”

The focus for both teams now shifts to next week in the Second Region Tournament.

Hoptown gets the chance to play against a district runner-up and avoids favorites Madisonville-North Hopkins and Henderson County.

Russell said he feels good going into next week and depending on the draw, could make a run to the final.

“Good thing is we won’t see Madisonville or Henderson in the first game,” Russell said. “We’ve played a lot of regional opponents this year — I’m sure it’ll be someone we played already. Hopefully, my memory doesn’t let me down and I can remember some things from that game and we’ll see what we can do.”