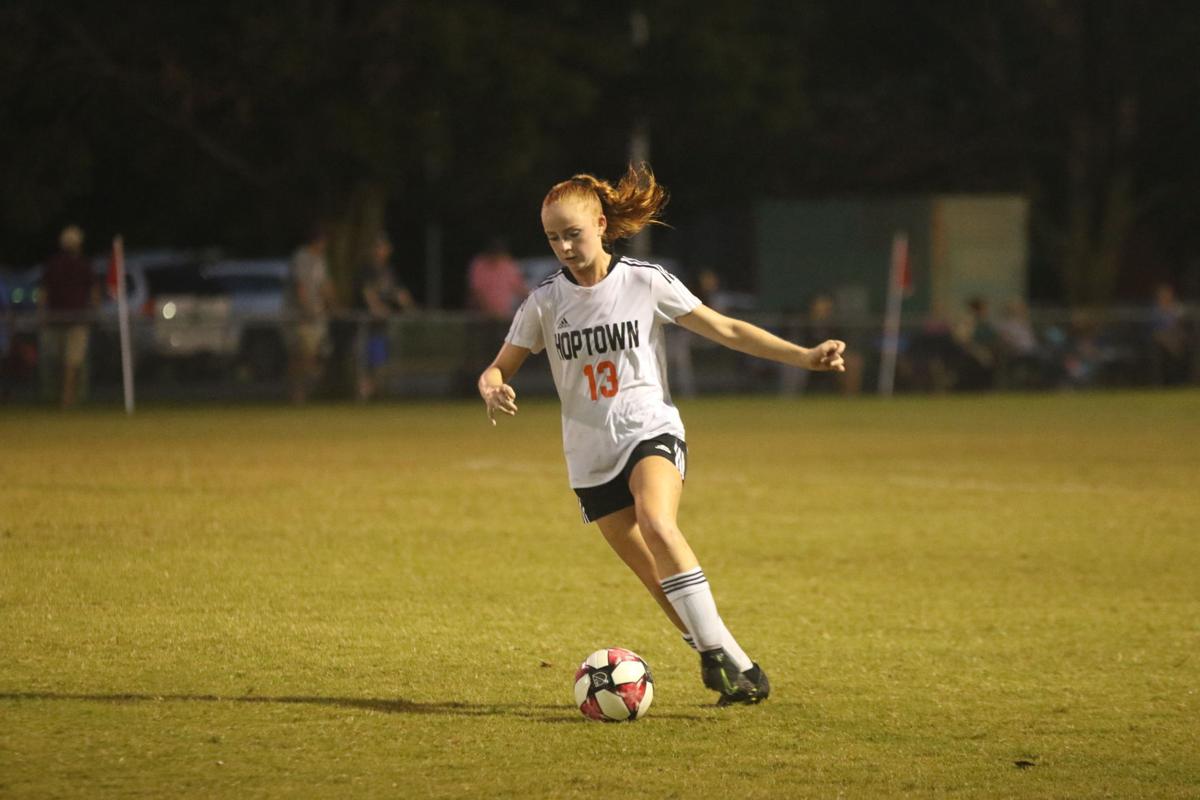 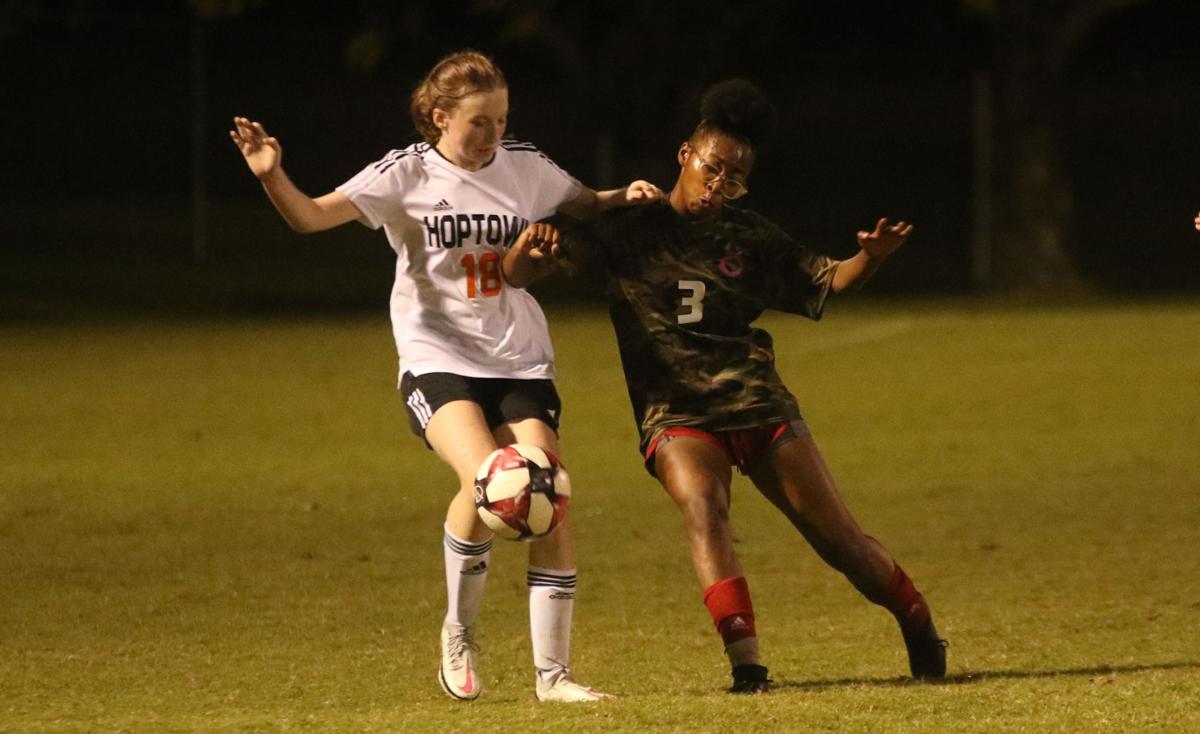 Christian County’s Alayah Lander battles for the ball in the Lady Colonels’ loss to Hopkinsville.

Christian County’s Alayah Lander battles for the ball in the Lady Colonels’ loss to Hopkinsville.

After getting knocked out in the Eighth District Tournament a year ago by Christian County, the Hopkinsville Lady Tigers got a little bit of revenge on Tuesday night.

While Anna Hernandez wasn’t on the pitch last season, she became the difference-maker Tuesday, scoring a pair of goals and tallying an assist as well as she and the Lady Tigers defeated the Lady Colonels 4-1 at the Stadium of Champions.

Hoptown scored two goals in each half but Hoptown head coach Ben Russell was more pleased with his team’s play in the second 40 minutes compared to the first.

“We came out kind of flat in the first half,” Russell said. “Our warmup was a little flat and it came into the first half a little bit. We went and talked about it at halftime, adjusted to a couple of things and we came out better in the second half.”

Hernandez tallied the assist to Allison Wood on the game’s opening goal, then followed up with her first of the night later in the half.

County did grab a goal from Megan Lacy thanks to a handball in the box. Lacy put the ball right through Hoptown keeper Vy Nguyen’s hands to cut the deficit in half at the break.

He won't be there in person, but Osborne's fingerprints are all over Saturday's rekindling of NU/OU rivalry

Russell said his team game-planned for County on Monday and he felt his team wasn’t doing what they needed to do in the first half. However, in the second half, it was much better.

“We talked (Monday) about how they were going to have numbers in the middle because of the formation they play,” he said. “We talk about trying to get the ball out wide and we didn’t do that well in the first half. We got a goal out of it and forced a corner kick that led to a goal because of it. That was the main thing.”

Henandez netted her second of the night and Laney Wilson got free on a corner kick to put the fourth and final goal in the back of the net for Hoptown.

The Lady Tigers now get a big leg up in the district and have its sights set on another big district contest against University Heights Academy this weekend.

“Anytime you can win a district game, it’s a plus,” Russell said. “You have to keep in the back of your mind what happened last year. We beat County in the regular season last year and they turned around and beat us in the district tournament. We’ve got to be glad about the win and go back to work. We’ve got another big district game on Saturday but before that we have a big game against Lyon on Friday.”

Hoptown will face Lyon County on Friday next. County will return to action Thursday, playing host to Hopkins County Central.