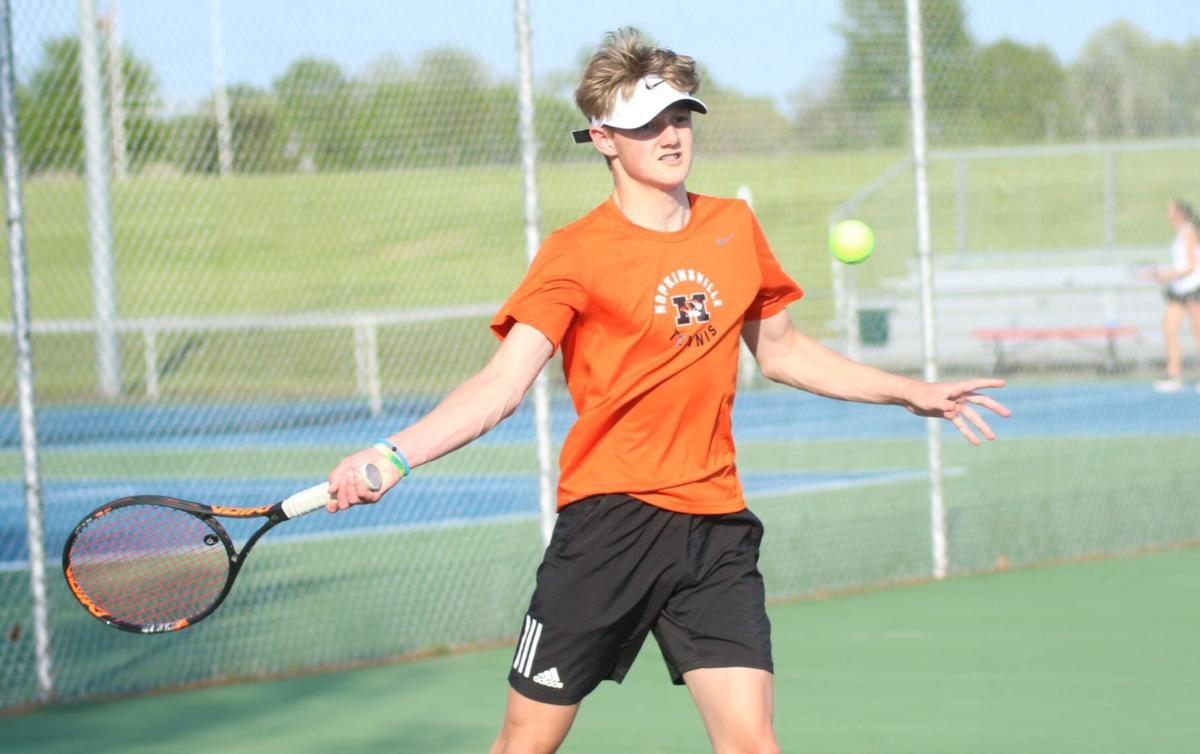 Hopkinsville’s Spencer Powell returns a ball during a match on Tuesday against UHA. 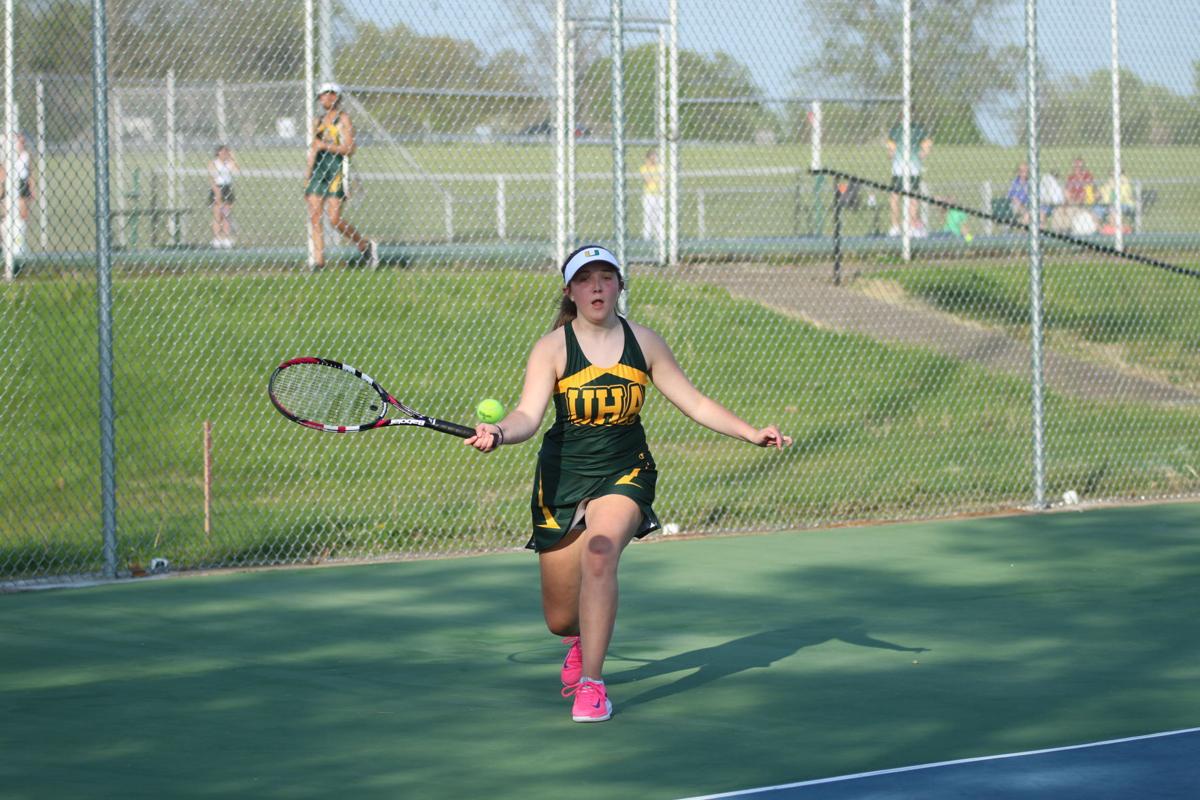 University Heights Academy’s Kate Bennett attempts to return a ball in her match against Hopkinsville on Tuesday.

Hopkinsville’s Spencer Powell returns a ball during a match on Tuesday against UHA.

University Heights Academy’s Kate Bennett attempts to return a ball in her match against Hopkinsville on Tuesday.

The Hopkinsville Tigers faced off against the University Heights Academy Blazers on the tennis courts at Ruff Park on Tuesday, with each team coming away with some wins on the day.

In six boys’ matches, the Blazers took home four of them, while the Lady Tigers won two of the three girls’ matches on the day.

While some of the top girls from Hoptown didn’t take the court on Tuesday, the Lady Tigers still managed to get the win on the day.

Abby Moss took the singles match and the doubles tandem of Grasen Givens and Ella Brown secured the win in the lone doubles match of the day on the girls’ side.

Ethan Alexander, Will Bryan and Zohaib Iqbal all grabbed wins in singles. Iqbal and Shayan Khan grabbed a doubles win over Mark Llames and Ve’Shawn Blount.

Spencer Powell got the lone singles win for the Tigers and he and James Folz took a doubles win.

Hoptown head coach Will Myers said his team is coming along strong heading into the latter part of the season.

“Last weekend in Paducah, we played some top-ranked programs from Tennessee and Kentucky,” Myers said. ”That experience helped us in today’s match vs UHA. Not all the matches went in our favor but we won some critical ones. Most importantly, I see the team improving across the board.”

The Blazers played their second match in as many days and for coach Erin Harper, seeing them continue to fight and play after taking the court a day prior is a good sight.

“I’m enjoying watching their progression this season,” Lady Blazers’ coach Erin Harper said. “They’ve had a long last two nights on the courts, and they’re still scrappy — hustling for each and every point. We’re seeing the kids implement things we practice, and that’s what it’s about — especially heading into the postseason.”

Amid uncertainty with Aaron Rodgers, Packers’ draft class contains players the unhappy quarterback would probably like

Wyoming picks up commitment from California defensive back