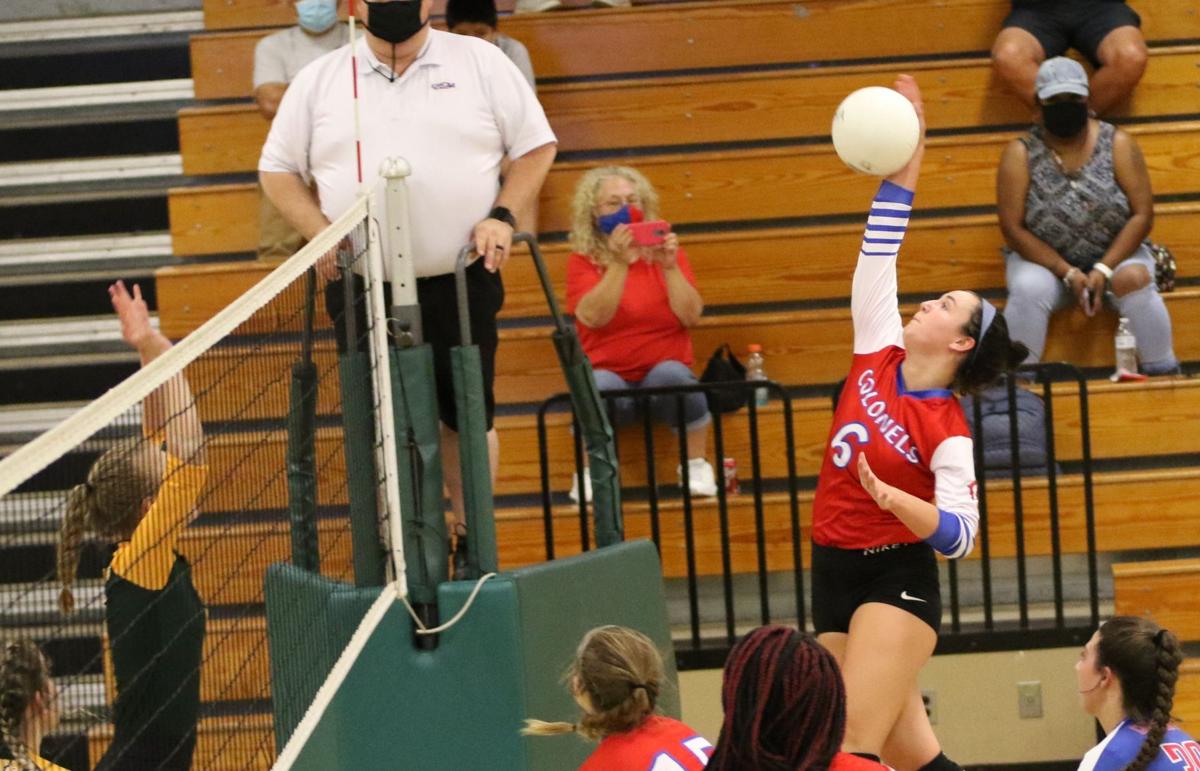 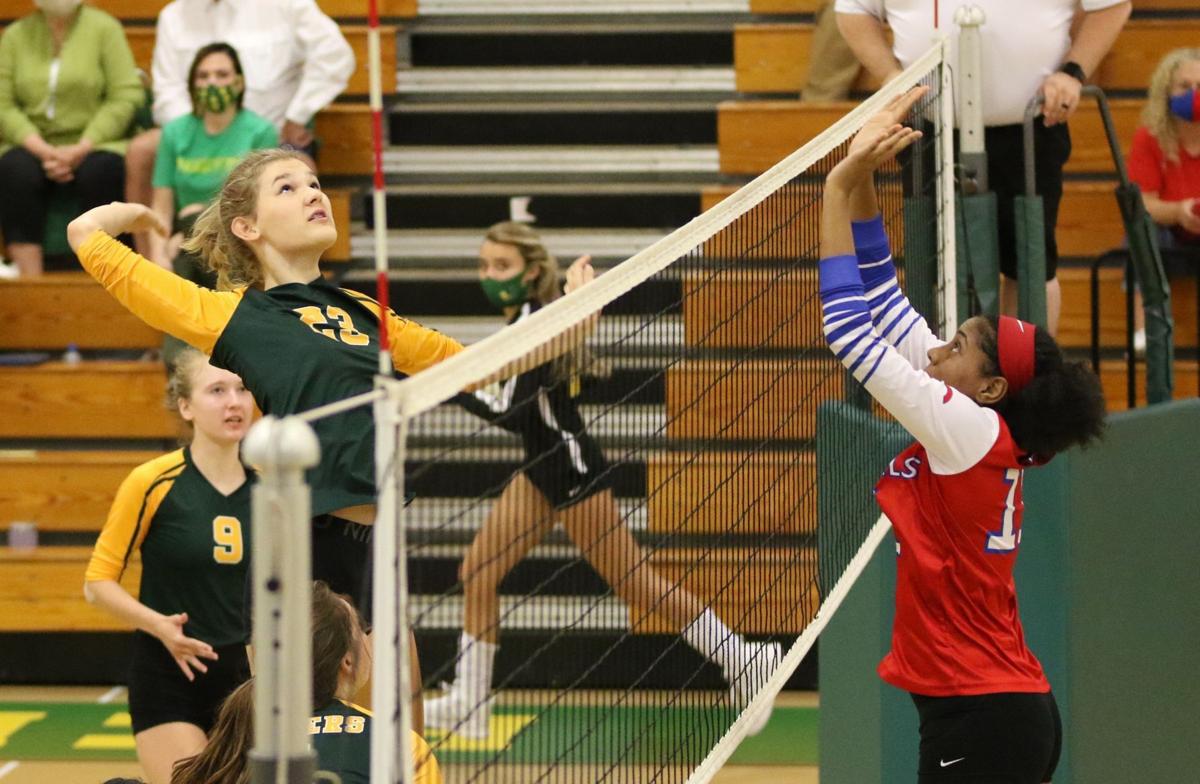 University Heights Academy has been tops of the Eighth District in the volleyball world, but Christian County made it clear that it is coming for the crown.

The Lady Colonels trailed 2-1 heading into the fourth set on Tuesday night, but head coach Rick Erickson and his team rallied back with a big fourth set and won it all in the fifth, taking down the Lady Blazers and getting a leg up in the district standings.

Erickson said his team needed to get out and battle in order to win the match when trailing heading into the fourth set.

“I told them we had to compete -- it was that simple,” Erickson said. “I challenged them to play how they’re capable and they rose to the occasion.”

The Lady Cols used a big run on a Macy Baker service to blow the fourth set wide open and the momentum from County’s 25-10 win in the fourth set carried into the fifth set as County won the shortened frame 15-12.

Erickson said Baker’s service run was huge for momentum throughout the fourth and going into the fifth set.

“It’s very huge because we’re playing at UHA, they have a very strong defensive-minded team, they serve very well, they’re very well-coached,” he said. “It’s one of those things where we had to do all the little things to be successful and having a little momentum is one of those little things.”

UHA head coach Faye Hendricks said she likes the way her team fought throughout the match even in a loss.

“Really proud of the overall performance of our young guns,” Hendricks said. “We are learning every time we take the floor and competing with teams that have a great deal of experience and better rested athletes. I see great potential and growth and am happy to see them battle to the end of the match.”

The Lady Colonels put a big foot forward in the district as a top competitor with Tuesday night’s win. Erickson said the win is more of a showcase that County is here to win in the Eighth District.

“I don’t know if we made a statement or if we just showed that we do have what it takes to compete in this district,” Erickson said. “We’re going to push the envelope.

“The whole district is very young and so it’s going to be very interesting as things go.”

The Lady Colonels will be back in action at 7:30 p.m. against Hopkins Central and the Lady Blazers will face Webster County at 7 p.m. on Thursday.