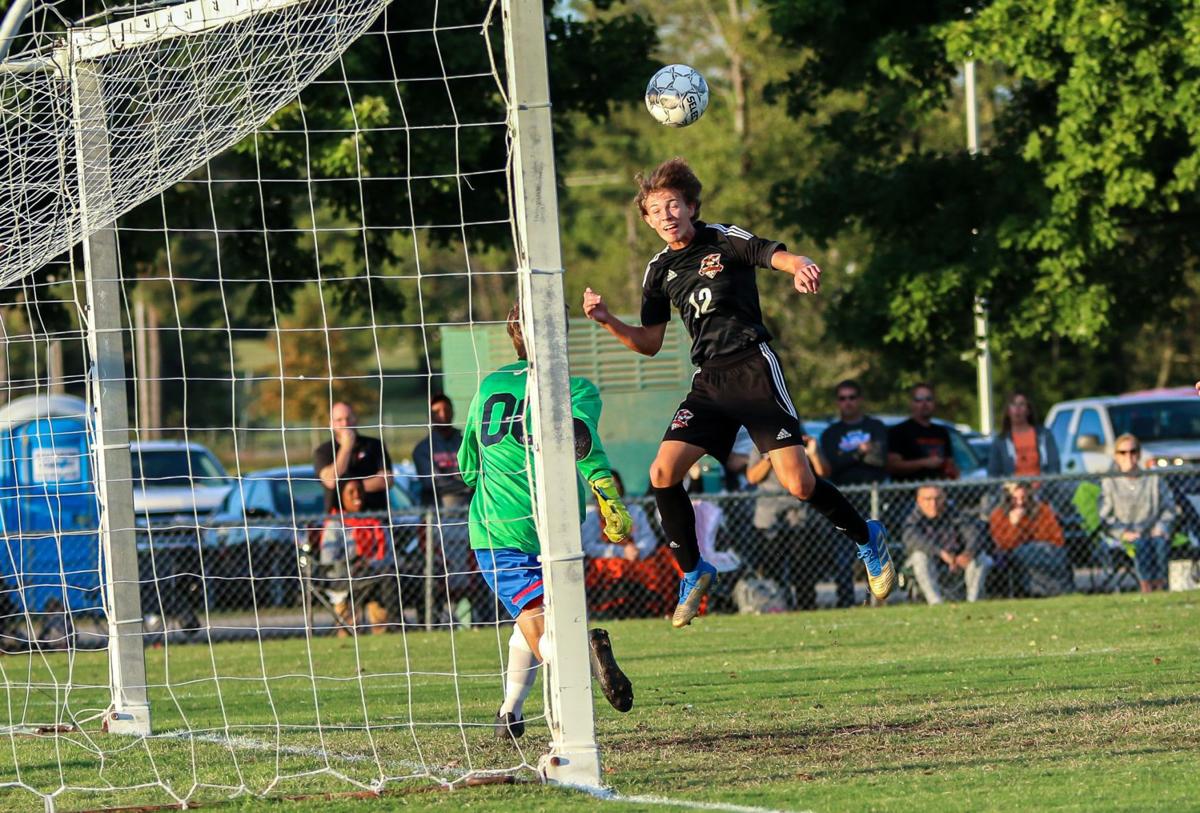 Hopkinsville's Zach Bryant (12) heads in a goal during the Tigers' win over Christian County Monday at the Stadium of Champions. 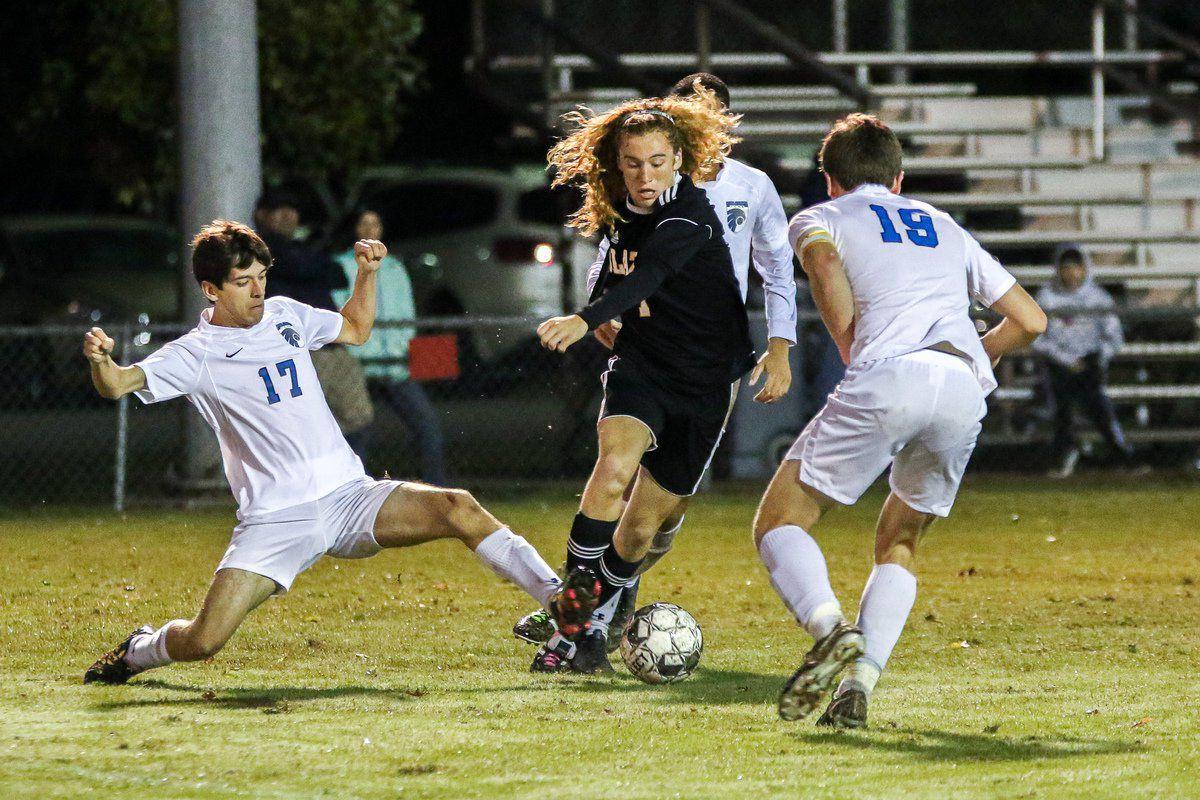 Hopkinsville's Zach Bryant (12) heads in a goal during the Tigers' win over Christian County Monday at the Stadium of Champions.

In their first battle of the year, the Hopkinsville Tigers and University Heights Academy Blazers met at UHA in what felt like a district or region championship. Today those two teams will get that chance again as they meet for the 8th District Championship at the Stadium of Champions.

The Tigers scored four goals in the first half en route to a 4-0 win over crosstown rival Christian County Monday at the Stadium of Champions.

Hoptown's first goal came off of the head of Zach Bryant as Jose Favela found him early in the first half. Bryant added another in the second half, as did Mason Marschand and Mason Rye.

The Tiger defense held Christian County to just a few shots in the first half.

Hoptown coach Tyler Stallons said they just had to do what they needed to do to move on.

"It wasn't super pretty," he said. "For sections, we looked well then other sections we looked kind of chaotic but we got everybody off that needed to get off to make sure we stayed healthy. We were able to keep the ball out of the net. We played a little more defense than I wanted to in the second half but overall we looked well in the first half."

The Tigers advance to yet another 2nd Region Tournament as their dominance continues in the 8th District.

It may have been a slow start for the Blazers Monday, but University Heights Academy ramped up as the game went on and broke a program record in the process as the Blazers took down Fort Campbell 10-2 to cement their spot in today's district final.

Coming into the game, UHA had 80 goals on the year but a Tanner Thomas penalty kick in the second half gave the Blazers 86 on the season to break the record of 85 goals by the 2007 Blazers.

With that goal, the Blazers break the program record for goals in a season with 86. The 2007 Blazers scored 85 goals. @uhabballcoach @UHAsports @UHeightsNation https://t.co/vMVg7dLSg6

UHA coach Frankie Thomas knows how hard his team has worked for the record.

"They've shocked me," he said. "They started from barely being able to pass to possessing the ball quite a bit in the game. With that comes a lot of scoring."

The Blazers had no problem taking down the Falcons Monday as William Bryan netted five goals, Thomas finished with three and Elvin Wagner, along with Ethan Alexander also found the back of the net for UHA.

"You never know who's going to show up," Thomas said was his message ahead of the Fort Campbell game. "Fort Campbell, they've made great strides this season and Mike (Massie) has done a very good job."

UHA and Hopkinsville meet at 7:30 p.m. for the district title.