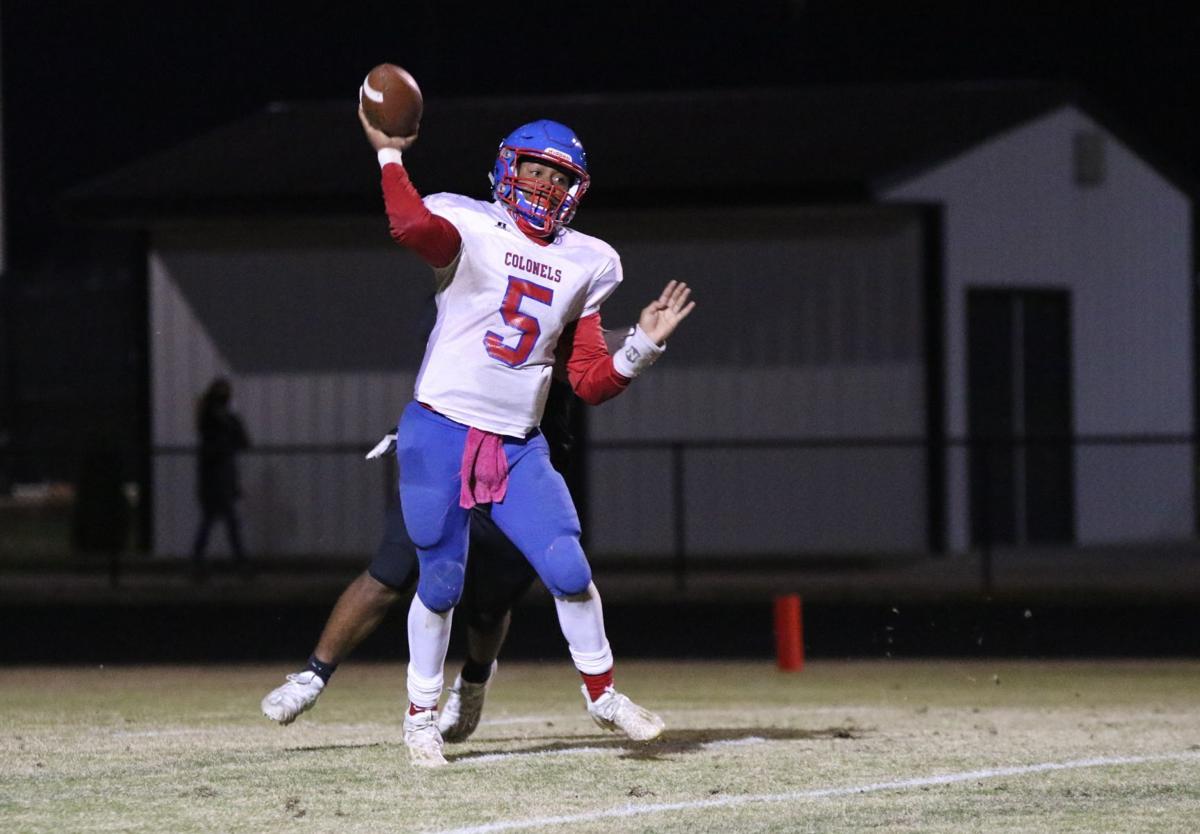 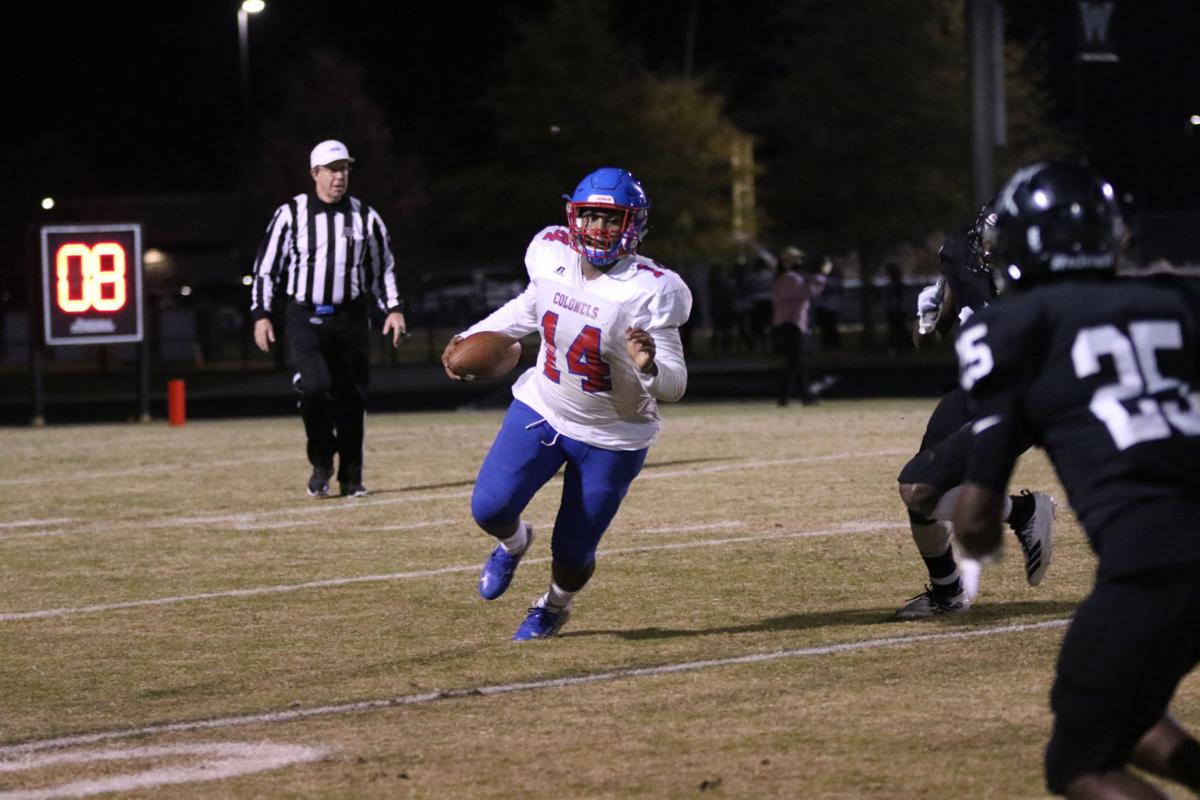 Christian County running back L’Ray Coleman carries the ball in the Colonels’ loss to South Warren in the first round of the playoffs on Friday night.

Christian County running back L’Ray Coleman carries the ball in the Colonels’ loss to South Warren in the first round of the playoffs on Friday night.

BOWLING GREEN — The Christian County Colonels saw their season come to a close on Friday night after falling 36-6 in the first round of the KHSAA football playoffs to South Warren in Bowling Green.

Throughout the majority of the first half, the Colonels struggled to move the ball down the field as South Warren plugged up every hole that L’Ray Coleman could run through and forced Donta Abren to scramble and make throws he didn’t want to make.

Down 28-0 in the final minutes of the first half, the Colonels had an opportunity when Abrean connected on three passes to put County on the one.

However, the Spartan defense held strong and kept the Colonels out of the end zone and off the scoreboard through 24 minutes of football.

South Warren got the clock to run early in the third and put it in cruise control the rest of the way.

County did get on the board with a 57-yard touchdown pass from Abren to Cameo Gordon in the fourth but the time was already on its way out.

Despite coming out on the wrong side of things, Colonels’ head coach Steve Lovelace said he was proud of how his team fought in their final contest of the season.

“We had some chances early and we just didn’t take advantage of them,” Lovelace said. “They came out and they played hard. They came after it. We did some different things on defense that caused some problems. On three scoring chances early we could’ve made it closer but our kids didn’t quit.”

Lovelace said the hardest part of the year is the last game and seeing his team walk off on a loss.

“Playoffs are hard because, with your seniors, you hate to end this way,” he said. “This train ride is eventually going to end. Either you win a state championship or you go home early. That’s one thing we told our kids. Every Friday night there’s going to be one team celebrating and another is going to be upset.

“Our senior kids did a heck of a job battling.”

County finishes the season 1-5 and will lose 21 seniors to graduation. Lovelace said he wishes the best of the players that are leaving after Friday night’s loss.

Pregame observations: Martinez returns to the starting lineup plus a look at Nebraska's travel roster