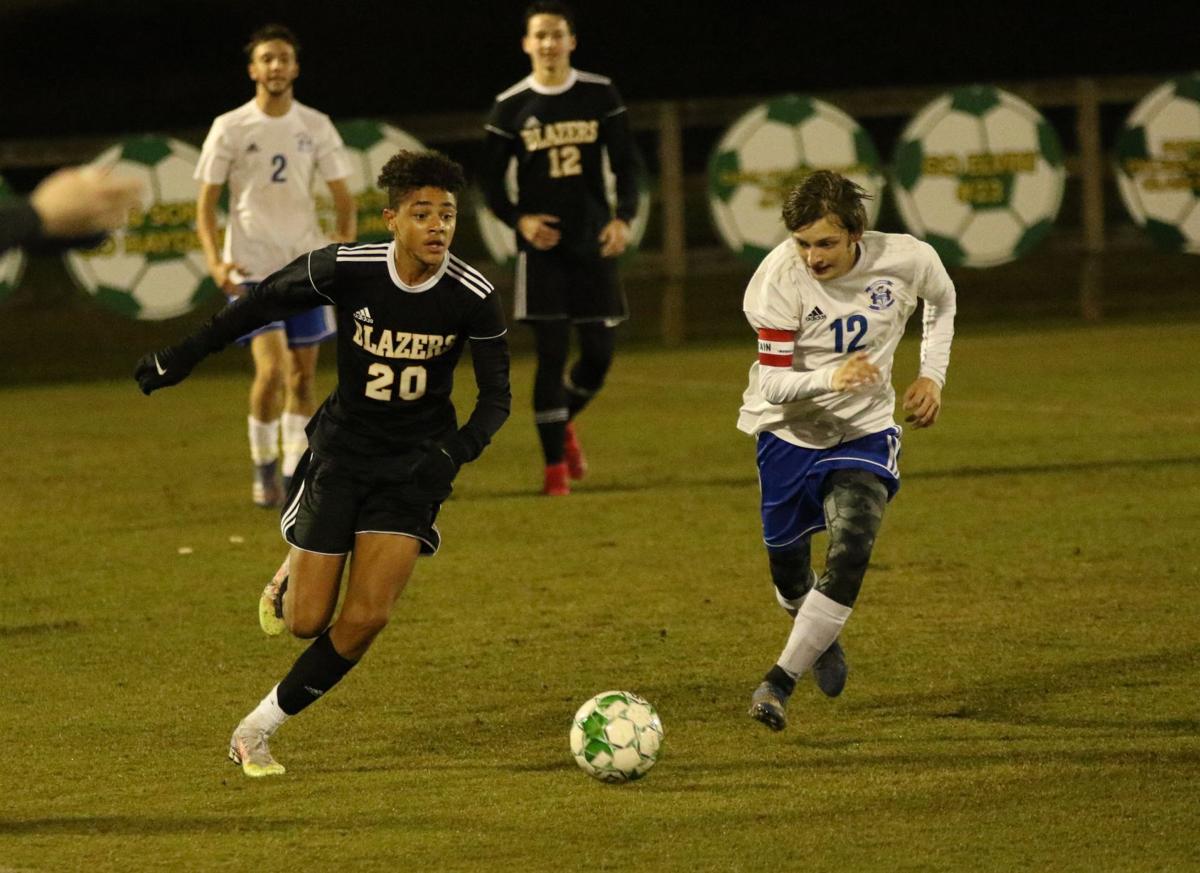 University Heights Academy's Preston Thomas carries the ball down the field in the Blazers' win over Christian County. 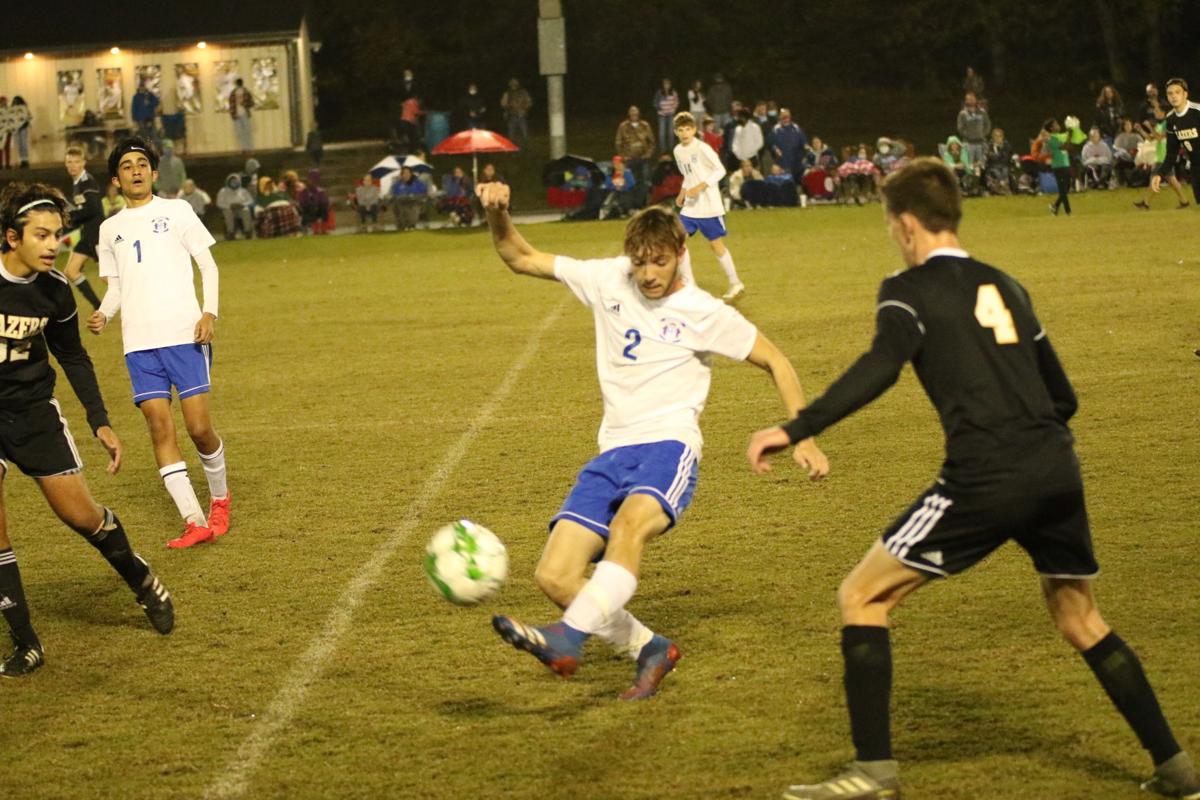 Christian County's Kenton Lancaster passes the ball during the Colonels' loss to UHA.

University Heights Academy's Preston Thomas carries the ball down the field in the Blazers' win over Christian County.

Christian County's Kenton Lancaster passes the ball during the Colonels' loss to UHA.

After what happened last year in the district championship, the University Heights Academy Blazers have been waiting since that day for this moment.

UHA stormed out of the gates and cruised to a 10-0 win over Christian County, capturing the Eighth District championship.

The Blazers lost a heartbreaker to Hopkinsville last year, but senior Will Bryan has been waiting to get this opportunity again.

“We reflect on last year basically every day this year,” Bryan said. “It pumps us up. We came into this game knowing we needed to redeem ourselves and that’s what we did.”

Having that honor occur is one thing, but accomplishing that feat in your last game on your home field is something that Bryan will remember forever.

“It’s like a dream come true,” Bryan said of the record. “The one thing I wish was if my grandad was here to see it, but I know he’s watching. When I think of my last game on this field ever, I’ll think of breaking the school record.”

UHA head coach Frankie Thomas said Bryan is one of the best people to coach.

“He’s a great kid,” Thomas said of Bryan. “He even tried to pull one of our senior defenders up to try and score and I was good with it. He’s just a special kid and he’s tough to handle on the field too.”

Bryan was complemented by Connor Dill, who scored a hat trick as well in the game. Ethan Hale, Preston Thomas and Elvin Wagner tallied as well.

The game was started with an own goal from Christian County, and the Blazers just rolled after that.

“They have been working hard and we’ve been pushing and pushing,” Thomas said. “The thing I stressed to them was to (be aggressive) early. Let’s start possessing early and let’s win every first ball that we can.”

Thomas said along with the Lady Blazers getting the win prior to them, this is one of the best nights to be a Blazer.

A few changes, but Husker football radio broadcasts will go on through pandemic

“This is one of the great moments in school history,” Thomas said. “You had the girls win tonight and you had us win tonight. Both teams were trying to set the tone with how they were going to play in the region and I think we did that tonight.”

Now they await their opponent. Thomas said they’ll take a couple of days before getting back to it ahead of the tournament.

“We’ll take the next couple days and try to rest and come back to practice on Sunday to get ready for the region,” he said. “The first thing I told them (Thursday) was we were going to set the tone for the region and they did that.”

For County, the Colonels were playing with house money, having few people even predicted them to get to this point.

Without starting keeper Josh Settle, County head coach Austin Byrum just wanted his team to be ready for next week.

“To me, this game doesn’t anything to me,” Byrum said. “The only games that mean anything are the win or go home games and that’s the first round of district and then the region tournament. … We still get to wake up and play next week on Monday or Tuesday. Whatever day it is, we’ll be ready.”

Whoever the Colonels play, Byrum said they’ll be ready.

“It doesn’t matter, just roll the ball out there, play hard and see where it takes us,” Byrum said. “As long as we play hard and guys talk, make the right runs and play for each other, we’ll be fine.”

The Second Region Tournament draw is Friday morning and both the Colonels and Blazers will know who and when they will play in Madisonville next week.