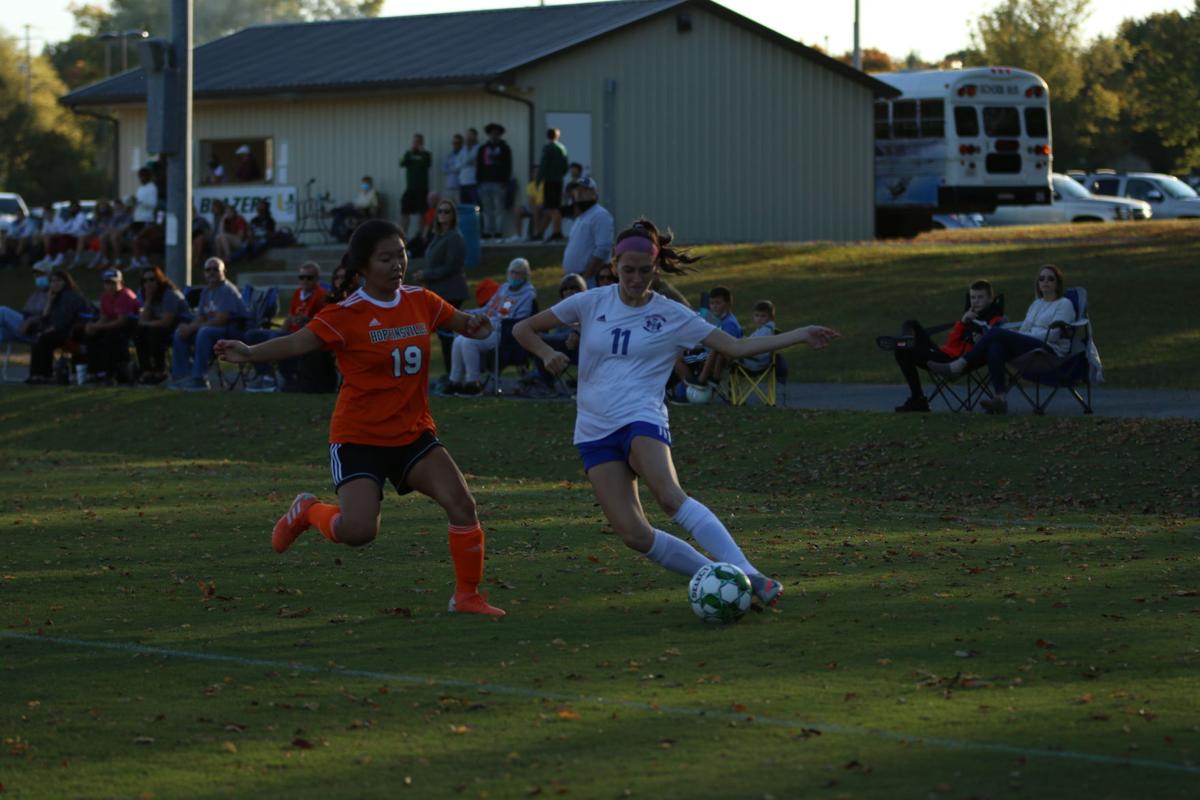 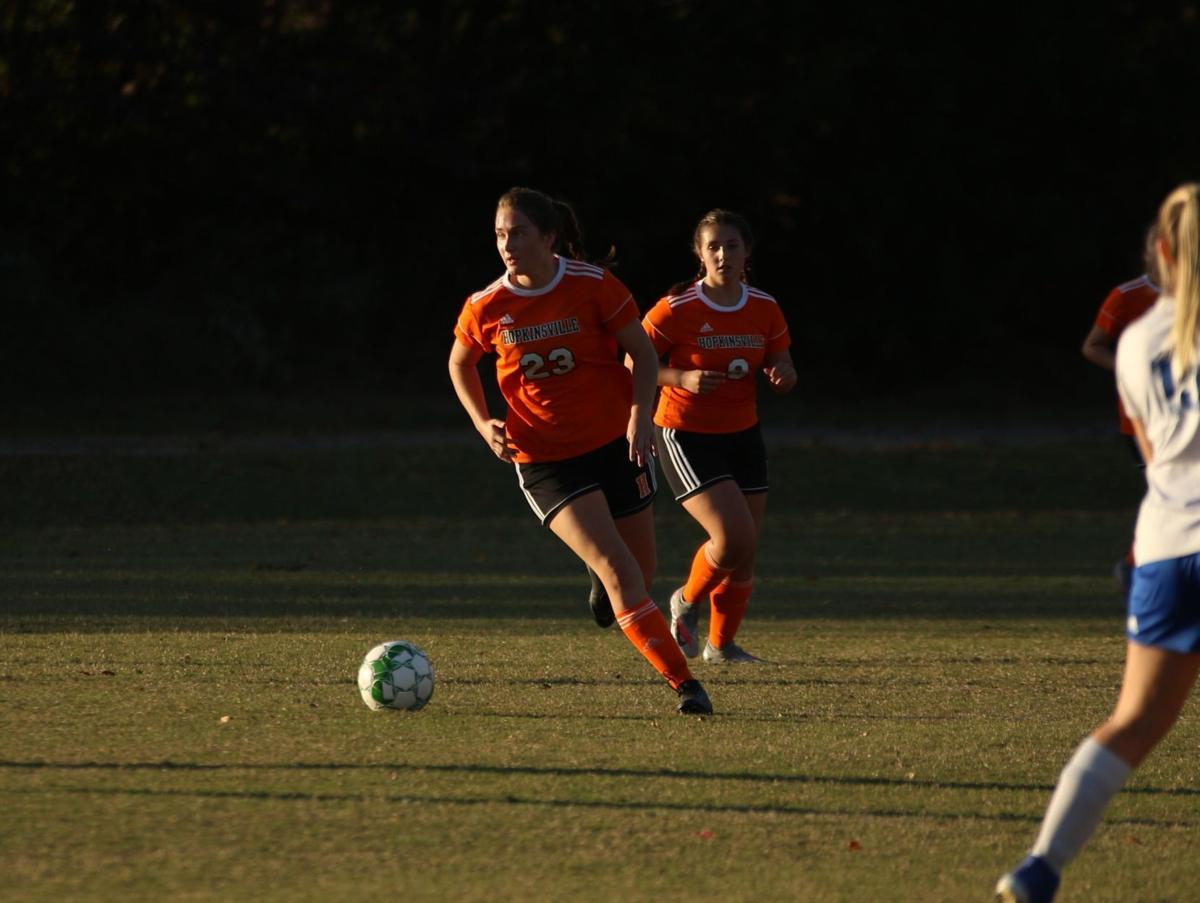 It took about every bit of the 80 minutes of regulation, but it was exactly what you would expect from a Christian County and Hopkinsville matchup with a trip to the Second Region Tournament on the line.

With under two minutes to play, it was the Lady Colonels that came out on top with the 1-0 victory over their crosstown rival.

In what could be considered a program-shifting win for Christian County, head coach Hannah Ambrose said it just goes to show the talent that wears the red, white and blue.

“I mean it really reflects the kind of talent that Christian County has alwasy had,” Ambrose said. “We just changed a few things and worked some things but really it was all them coming and working and doing the best they can.”

Ambrose said Fleming makes the big plays when they need her to do so.

“She just gets annoyed and wants it so bad that it’s crazy the things she can do,” she said. “Hoptown was clearly upset and frustrated with themselves and she did what she needed to do and it worked out.”

It wasn’t until the final moments of the game when Emma Fleming bobbed and weaved through the Lady Tiger defense and found open space to put the only goal of the game across.

Despite County keeper Alaina Grace going down late in the game, time ran out and the Lady Colonels clinched a trip to the Second Region Tournament for just the third time since 2010.

However, the Lady Tigers got their opportunities late prior to the goal, but the County backline held strong throughout the night to allow County to get the chance to win with just one goal.

Addison said he wanted to push the envelope to try to create chances late.

The Lady Tigers didn’t get too many opportunities due to the presence of the County back line. Ambrose said she played some players not used to being on the back line, but it paid off in a big way on the biggest stage of the season to this point.

“We put Jazzy (Larkins) back there who had never been there before and she is doing amazing,” Ambrose said. “We put Cayleigh back there and also doesn’t play defense and it’s working. Having our keeper back, she was out for a little bit so that definitely helped us.”

Everything to get you ready for Wyoming's game at Nevada

Hoptown head coach Jeff Addison said the Lady Colonels are a much improved team and one of the better ones he has seen in a while.

“I thought we fought hard,” Addison said. “Credit goes to Christian County. This is the best County team we’ve seen in the 10 years. They’re well coached. They win a lot of balls at the back. Their back line played exceptional. We couldn’t get any balls through, over the top, anything.”

Ambrose said a ket to the win was winning the battle in the midfield.

“(We were) really just staying calm and collected and stepping to those 50/50 balls which I think they did a good job of,” she said. “And shutting down their midfield. Their midfield is solid so if we could keep that under control we would be fine.”

The first year coach said the credit goes to her team, as they have stepped up to the occaision for her ever since she stepped in to lead the Lady Colonels.

“There are a lot of times when a new coach comes in — especially as young as I am — people will kind of point the finger,” Ambrose said. “This just shows that as a school, we can do it and Christian County is someone to work against.”

For Hopkinsville, it was a struggle of depth all year lone, but even moreso after the program was shut down for two weeks due to COVID-19.

The Lady Colonels will be back in action at 5 p.m. on Thursday against University Heights Academy in the Eighth District Championship.