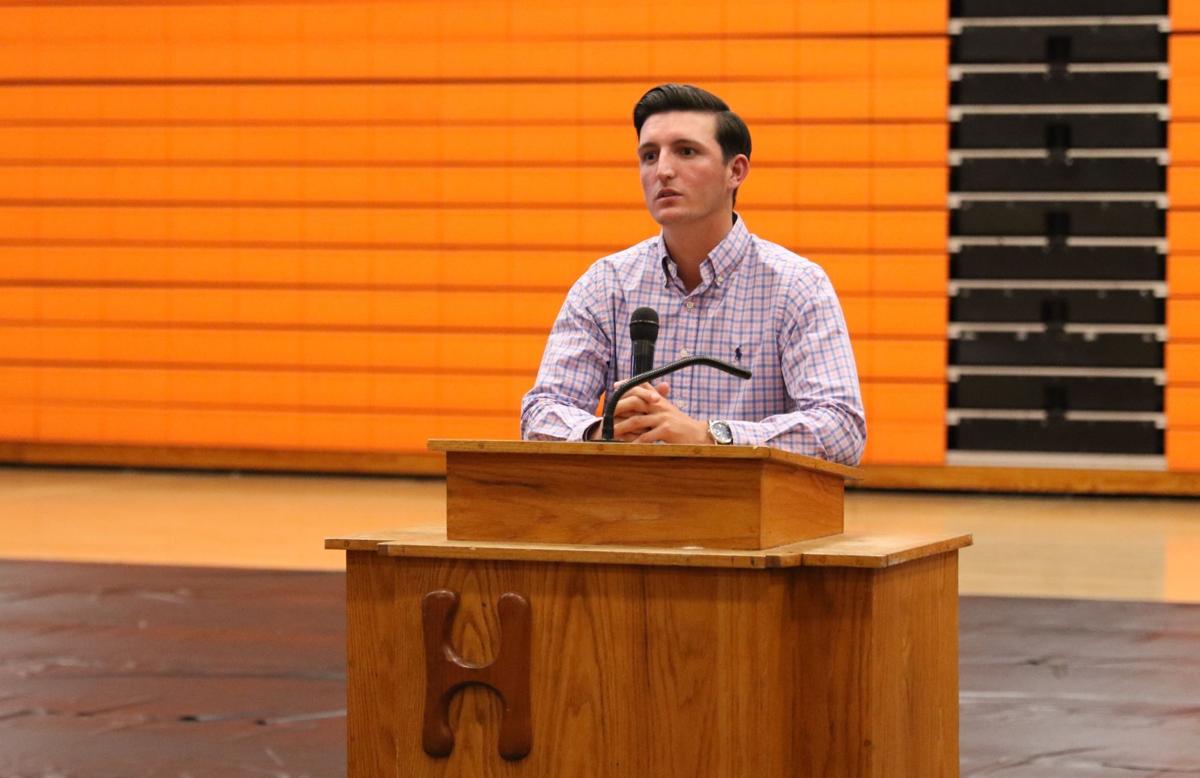 Austin Knight speaks to those in attendance following his official introduction as the head coach of the Hopkinsville boys’ golf team. 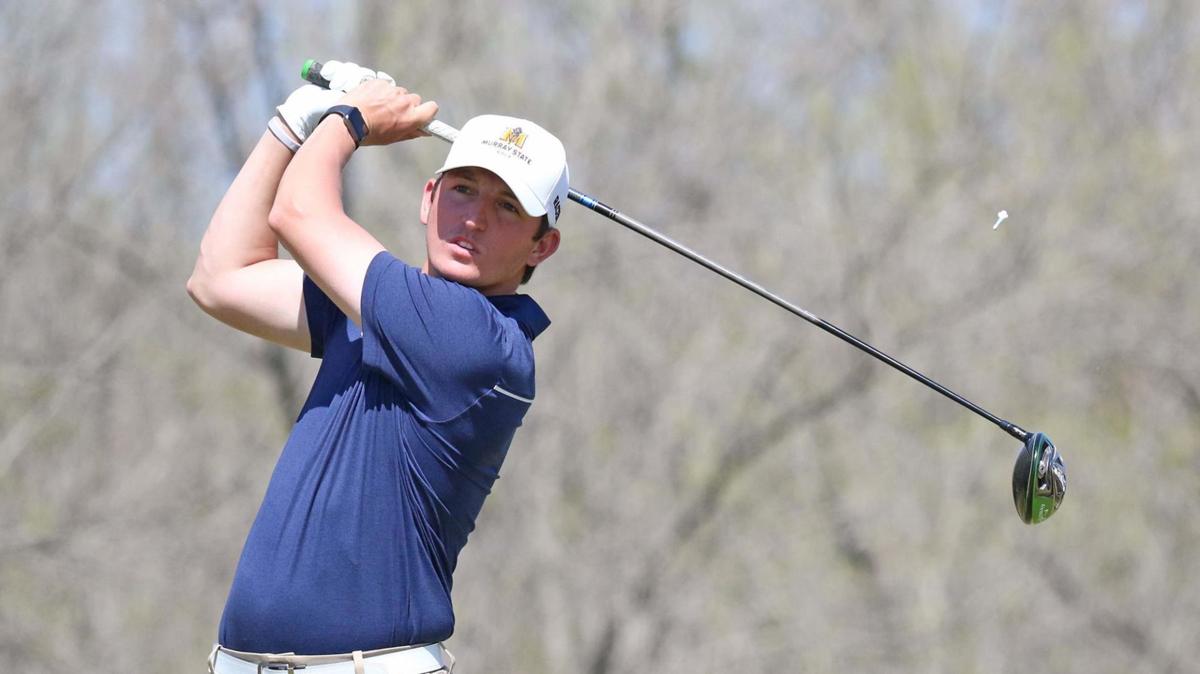 Newly named Hopkinsville boys’ golf coach Austin Knight closed his collegiate career at Murray State with four individual championships. He will look to coach the Tigers to regional titles in the future.

Austin Knight speaks to those in attendance following his official introduction as the head coach of the Hopkinsville boys’ golf team.

Newly named Hopkinsville boys’ golf coach Austin Knight closed his collegiate career at Murray State with four individual championships. He will look to coach the Tigers to regional titles in the future.

Hopkinsville officially introduced Austin Knight as the boys’ golf coach on Friday afternoon after announcing him as head coach on Thursday.

Knight, a Hopkinsville alum, gets the opportunity to coach the program he was brought up in and won the job right after closing his golf career at Murray State.

“You honestly couldn’t have drawn it up any better,” Knight said. “I know coach (Blake) Leach called me up in the fall and I hadn’t even played my final season yet. I was still playing golf and I didn’t know what I wanted to do. He gave me time and hit me back up right after Christmas and I had to choose if I wanted it or not. When the opportunity came, I had to take it. It was perfect.”

Knight takes over for Lee Major at the helm. The new coach said he can still lean on his times in high school at Hoptown to help his players and relate to their situations.

Knight closed out his collegiate career at Murray State just last weekend. In his career, Knight won four individual titles for the Racers during his time. As a Tiger, Knight led Hoptown to a region championship in 2014, won an individual region title in 2015 and was named to the all-state team as well.

Amid uncertainty with Aaron Rodgers, Packers’ draft class contains players the unhappy quarterback would probably like

Wyoming picks up commitment from California defensive back

Knight graduated from Murray State with aspirations of becoming an educator and knew when he got his chance to teach that coaching would be on the table.

“I went to college to be a teacher, so I knew coaching was in part of it — that was one of the main reasons,” he said. “I didn’t know it was going to be golf.

“Just being able to start at a young age — I know these kids. I’ve been in their shoes not too long ago. I want to help them become the best golfers and the best people they can be. I think it’s going to be really good.”

Now at the helm of the program he won championships for, Knight is committed to bringing back titles to the Tigers as the coach.

“I expect a lot of things,” he said. “I don’t know how long I’ll be here — hopefully a long time. I want to change the program a little bit and make it a little better. We came in second at region last year with coach (Lee) Major. Honestly, we can win the region next year. The Second Region I think is on a little downturn but I think it’s going to come back up. A huge thing in Hopkinsville is the Mitchell Moore Academy that we have. Having that youth group that we didn’t have before — I think it’s going to be huge.”