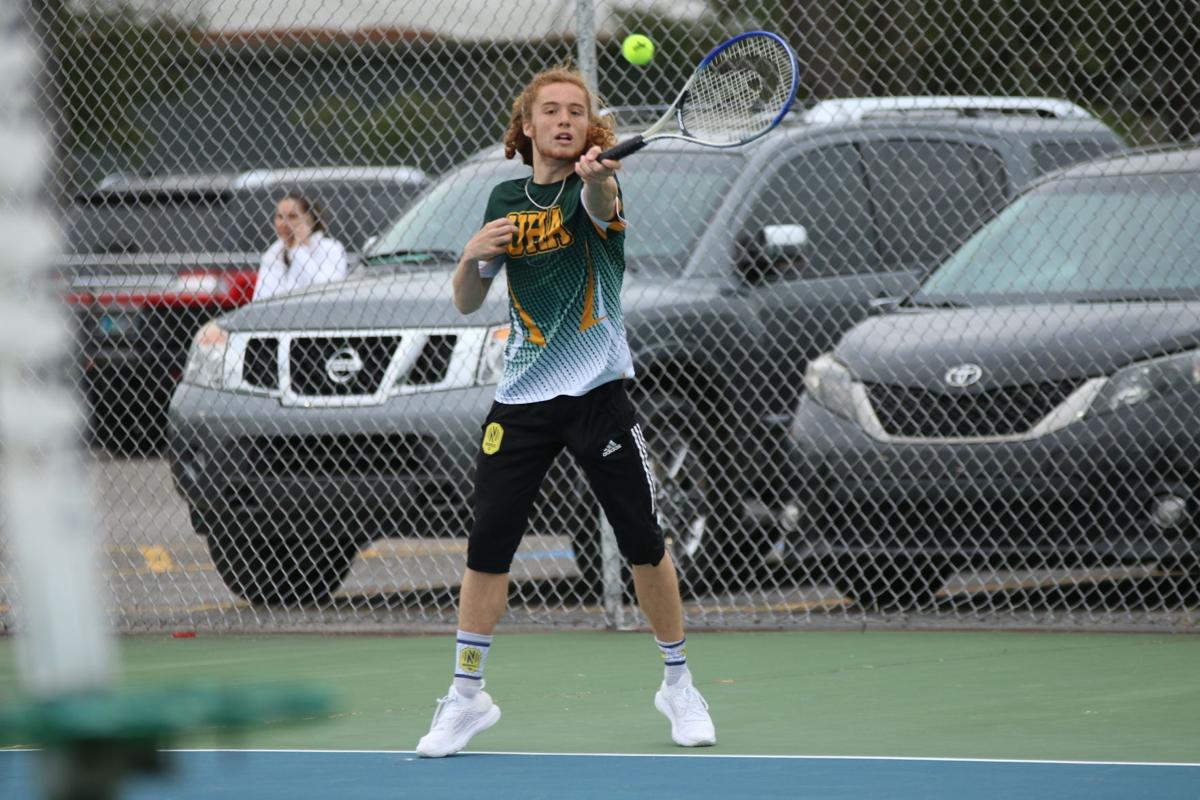 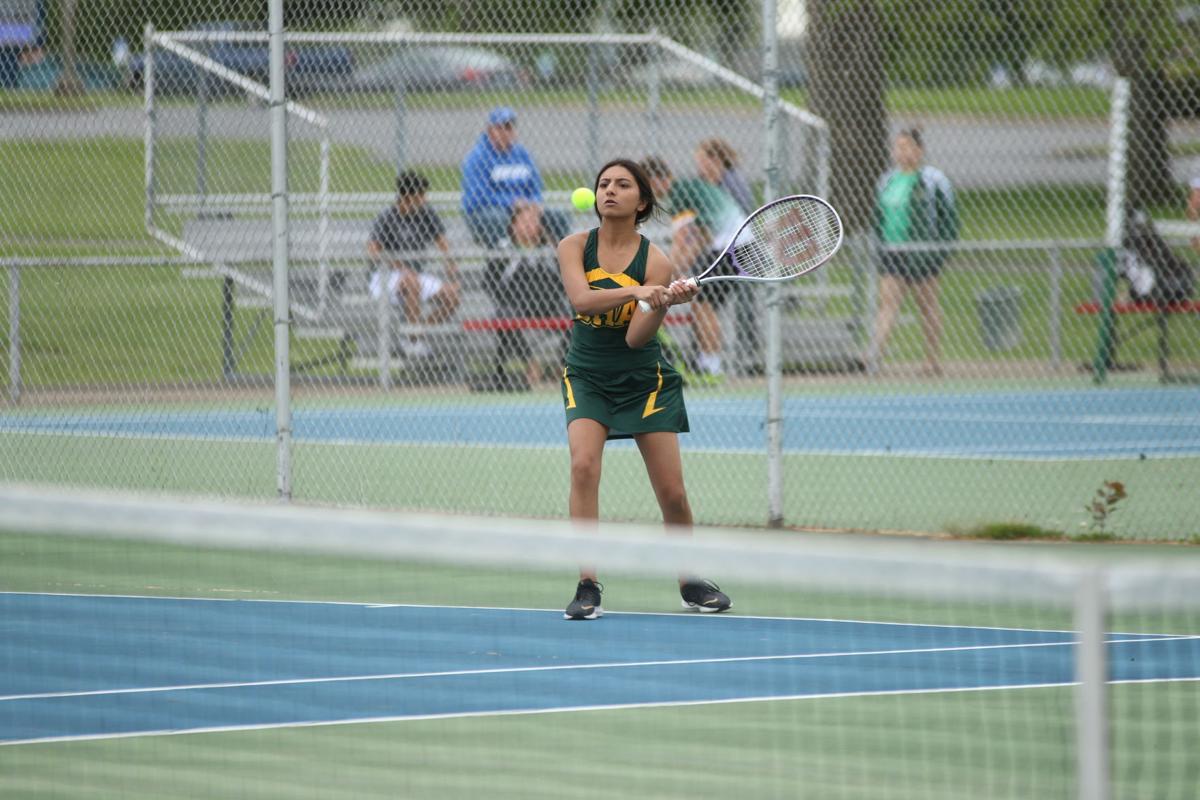 University Heights Academy's Mitali Patel returns a ball in her match on Tuesday against Madisonville-North Hopkins.

University Heights Academy's Mitali Patel returns a ball in her match on Tuesday against Madisonville-North Hopkins.

University Heights Academy tennis celebrated its seniors on Tuesday at Ruff Park and even though it is just year one for Erin and Matt Harper at the helm, it was a fun experience all around.

“I think senior night was a good experience overall for everybody,” Harper said. “It’s hopefully a memory that’s going to last and one they will remember. As far as their performance, each match, it just gets better. The tougher opponents we play, that’s great experience for us and that’s what we need moving into regionals. I can’t complain with the way they’ve performed.”

The Blazers faced-off against Madisonville-North Hopkins on Tuesday afternoon and got a good test against one of the better teams in the region.

This season has been all about daily improvement for Erin and Matt. And nearing the biggest tournament of the year, Erin believes the team is doing just as they set out to teach them to do every day.

“I think the progress is there,” she said. “We’re teaching things in practice — basic skills but also some strategy and the kids are starting to apply it into the matches and it’s really fun to watch.”

Life in the Red: A four-star, late-June official visitor for the Huskers

The Blazers also came away with the team win, defeating the Maroons 6-3.

With some time left in the year before the Blazers and Lady Blazers take on the Second Region Tournament, Harper believes that her team needs to make sure they are ready to go into regionals mentally, as well as physically while on the court.

“I think we need to work on the mental aspect of it,” Harper said. “Being mentally tough and not letting it affect our game. Sometimes we get a little too frustrated and worked up but building that mental focus and toughness is something we’re really going to work on. As far as tennis wise, I would say a little more strategy and consistency with our shots.”

UHA will be back in action on Thursday against Fort Campbell.