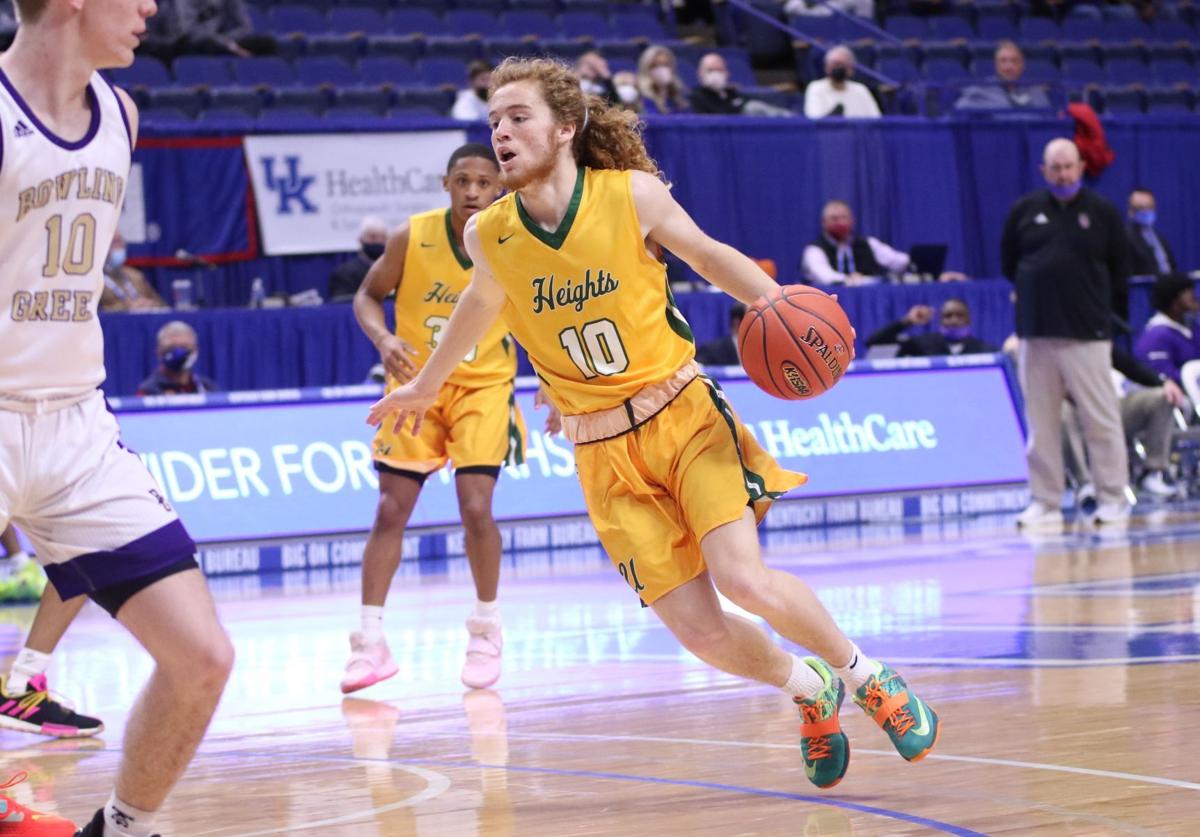 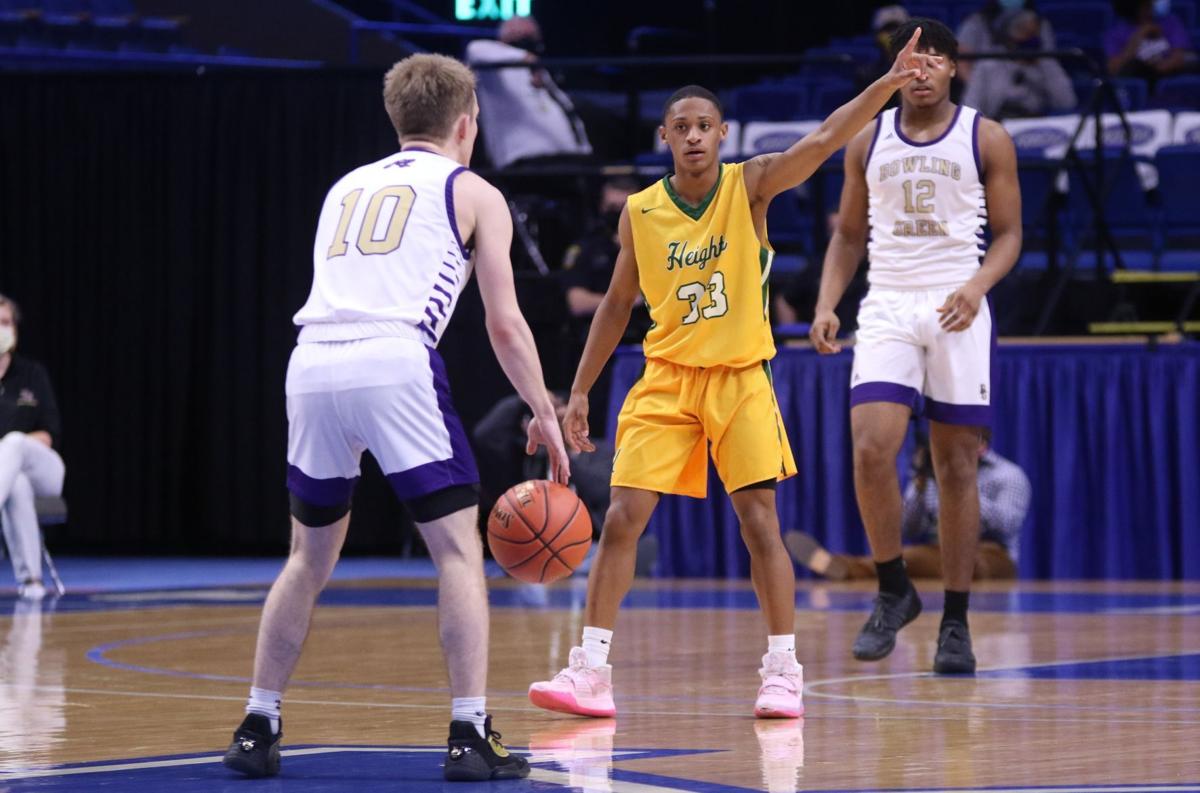 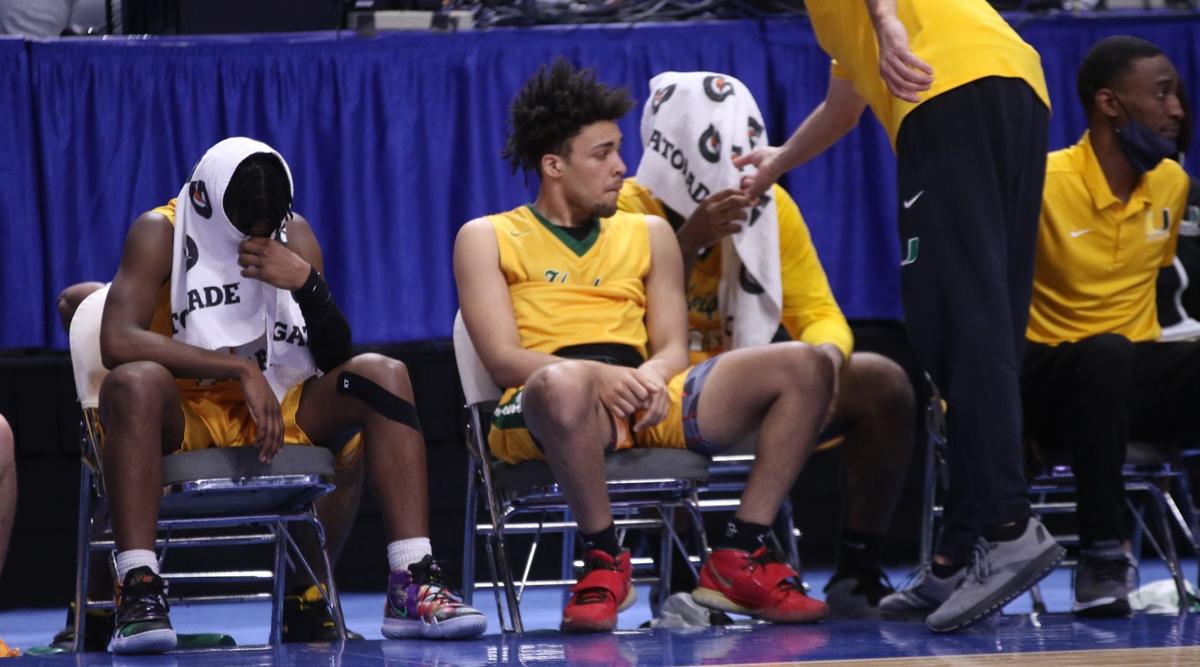 Above left: University Heights Academy’s DJ Quarles (left) and Gavin Grubbs (center) sit on the bench as the final moments of the Blazers’ loss in the KHSAA Sweet 16 are winding down. Above right: University Heights Academy’s Amani McGee drives the lane in the Blazers’ loss to Bowling Green in the KHSAA Sweet 16 opening round on Wednesday afternoon. 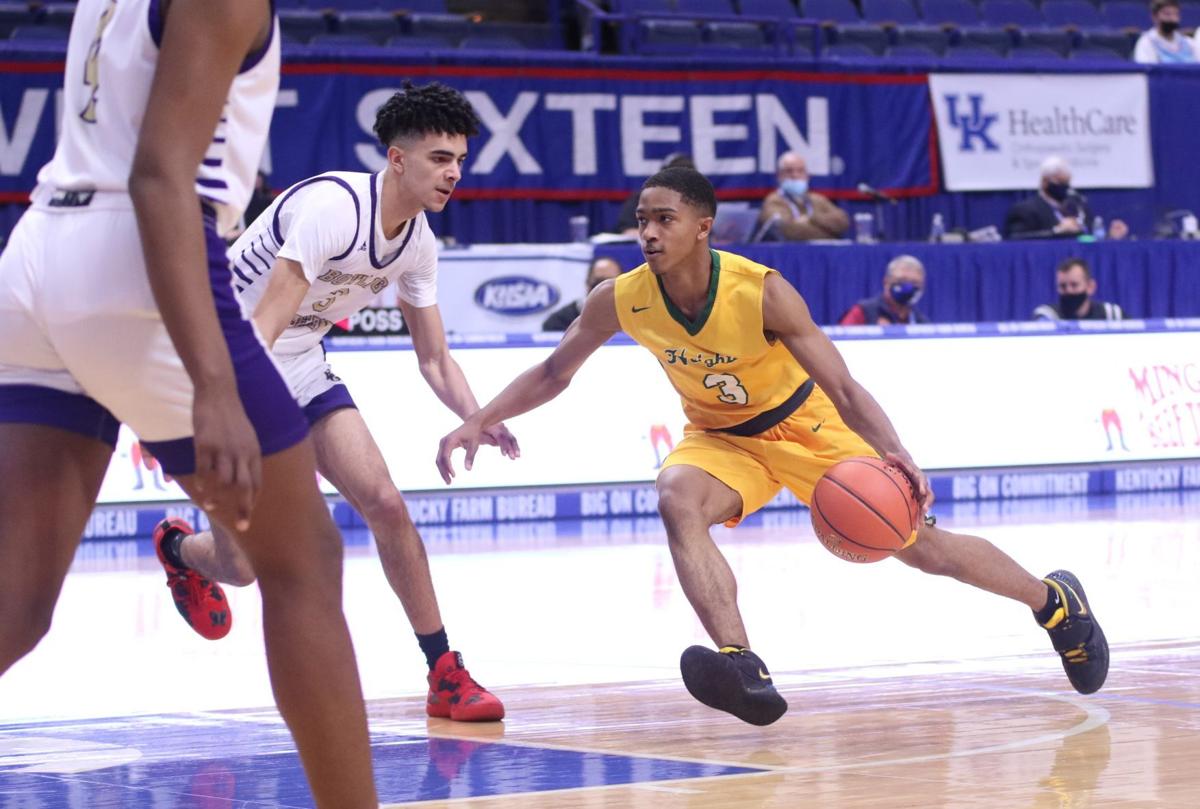 University Heights Academy's Amani McGee drives the lane in the Blazers' loss to Bowling Green in the KHSAA Sweet 16 opening round on Wednesday afternoon.

Above left: University Heights Academy’s DJ Quarles (left) and Gavin Grubbs (center) sit on the bench as the final moments of the Blazers’ loss in the KHSAA Sweet 16 are winding down. Above right: University Heights Academy’s Amani McGee drives the lane in the Blazers’ loss to Bowling Green in the KHSAA Sweet 16 opening round on Wednesday afternoon.

University Heights Academy's Amani McGee drives the lane in the Blazers' loss to Bowling Green in the KHSAA Sweet 16 opening round on Wednesday afternoon.

University Heights Academy wanted to pack it in and make Bowling Green beat them from deep in the first round of the KHSAA Sweet 16, and the Purples did that.

Behind a 9-for-18 performance from three and winning the rebounding battle against and undersized Blazer team 49-25, Bowling Green walked out of Rupp Arena with an 85-57 victory and a trip to the state quarterfinals.

The Blazers found success early and played with Bowling Green closely for the first eight minutes of play.

It was the second quarter that spelled the beginning of the end for UHA.

“Obviously I thought it was important for us to get off to a good start,” Shouse said. “We wanted to match their physicality early and rebound the basketball. Defensively in our zone I thought we played pretty well in the first quarter. Even though they shot the ball very well, we were still very much in the game. I think their size and athleticism around the basket wore us down. Combine that with their good shooting and we got into a hole.”

The Purples outscored UHA 24-11 in the second quarter and capped off the half with a 50-foot heave from Turner Buttry that found its way through the basket prior to the buzzer.

Shouse said the first quarter gave his players a bit of confidence and that allowed his team to slip out of the plan and also allowed the Purples to pull away.

“Even though the first quarter was good in terms of playing with them early on, I think it gave us a little more confidence to do some things offensively that we didn’t need to. I think we got a little out of the game plan. We were really wanting to be patient and limit possessions to keep them off the backboard. I thought we took a few questionable shots down there and it led to some points we couldn’t afford to give up.”

In the second half, Bowling Green’s size went to work.

UHA stayed within reach on the glass in the first half, as Bowling Green only out-rebounded the Blazers 17-13 through the first half.

In the final 16 minutes of action, the Purples won the battle on the glass 32-12.

“We were trying to get bodies on them and block out but even then, they were able to just reach up above us at times,” Shouse said. “Their size continued to wear us down on the glass and it was an opportunity for them to score points there.”

While the loss means the end of the season for UHA and the end of seven high school careers, those seven players leave with a list of accolades that many would dream of.

“Those guys have been playing together since the eighth grade,” Shouse said. “They go way back. It’s probably one of the more illustrious resumes. During the four-year run they’ve had an All ‘A’ State championship, three district championships, two region championships, three All ‘A’ region championships — they’ve got a lot of accomplishments and accolades as a team. … All the things they have contributed to the program will not be forgotten.”

Putting a close on his high school career, Will Bryan said finishing his final season at Rupp Arena is exactly how he would’ve wanted it.

“It’s an amazing feeling,” Bryan said of making it to Lexington. “A lot of people didn’t think we would get this far. Being here is amazing. We obviously didn’t think we were going to leave this early, but we can at least say we made it here.”