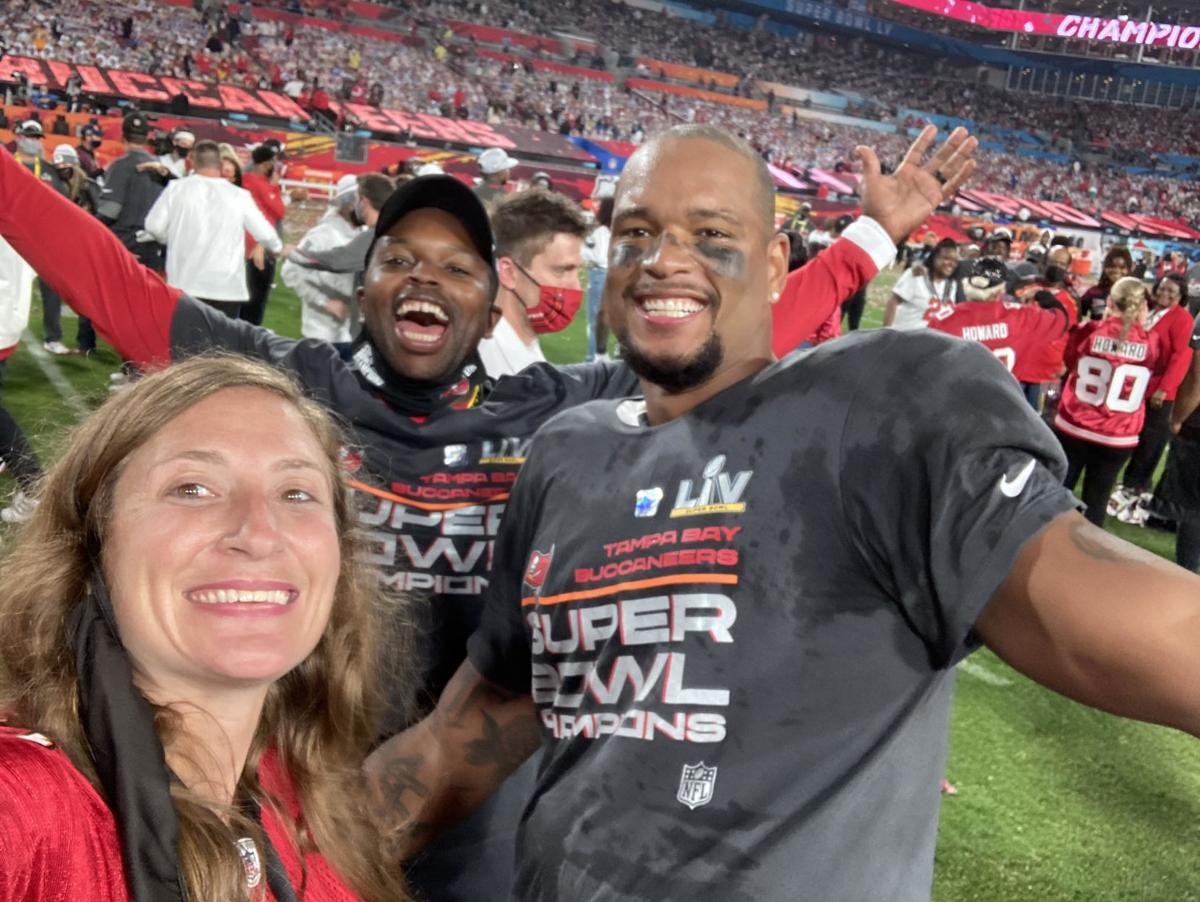 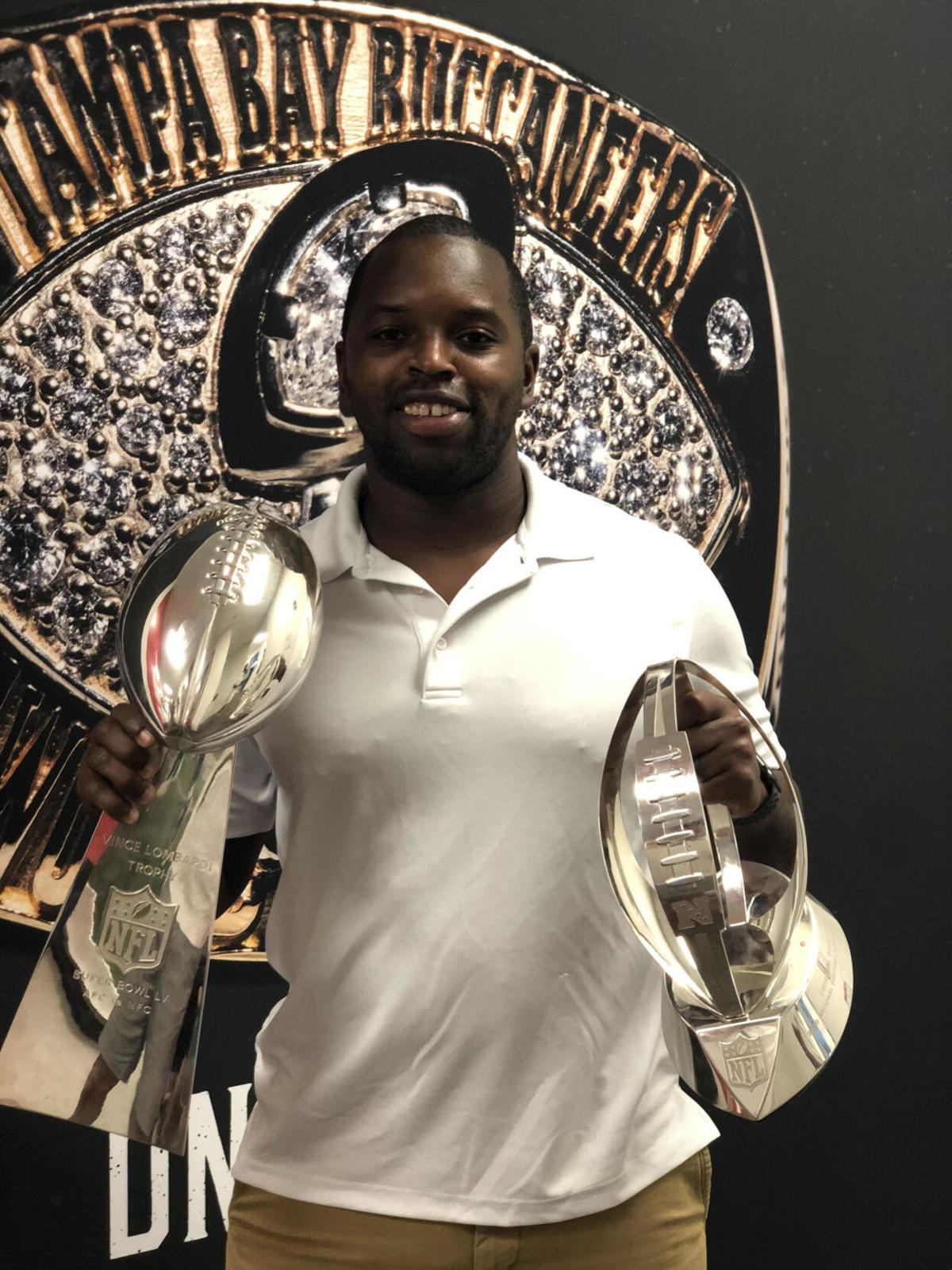 Every member of the Tampa Bay Buccaneers’ organization will receive a championship ring for their Super Bowl LV victory last week but there is one, in particular, that will mean a lot to the city of Hopkinsville.

Just a year after Austin Moss made a trip to the Super Bowl with the San Francisco 49ers, Christian County grad Keith Tandy made the trip — and this time — was on the winning sideline.

Tandy played seven seasons in the NFL, including six with the Bucs from 2012-2017.

In 2020, he found his way onto Bruce Arians’ staff in Tampa when the hype was at its highest.

“Starting off in the offseason, when the guys were working out, we couldn’t be with them,” Tandy said. “I was kind of thinking, ‘Man, this could be an all-star game that should be in Orlando or Hawaii.’ For me coming in, I only played for one guy on the staff and that was the reason I got hired. But most of these guys are legends in the NFL as far as coaching goes. I had heard so much about Bruce Arians, so much about Todd Bowles and how loyal they are. I didn’t know what that all meant until I got to work with all of them. Coming in, it was exciting. I was excited to come to work every day. People wanted to be there. People stayed longer than they had because they wanted to be there. I think that was what kind of did it for our team.”

Tandy had experience with a good number of players on the team, as he played for the Bucs and said that helped to get him adjusted to becoming an assistant coach in the NFL.

“I would joke with some of the guys like Lavonte David who I was drafted with. I spent a lot of time with Cam Brate,” he said. “They would come to the special teams’ meetings and I’d play around with them. I could see the younger guys say, ‘Who is that getting on Lavonte?’ Having those guys in my back pocket, that helped out and made the transition that much easier.”

But all eyes were on the Bucs heading into the 2020 season, all because of Tom Brady.

Brady joined Arians and company in an effort to bring a championship to Tampa, and he brought a lot of people with him.

Life in the Red: Huskers in contention for several 2022 DBs

Facing salary cap challenges — like much of the rest of the NFL — Packers, GM Brian Gutekunst seek solutions to ‘the uniqueness of this year’

One thing that particularly stuck out to Tandy about Brady was his willingness to work with everyone on the team.

“I think one thing Tom Brady did for us was bring a sense of seriousness to the whole organization,” he said. “I think guys didn’t want to be the reason we lost because we had the greatest quarterback of all time.

“You’d see him coaching up the DBs during practice. … Everybody, coaches and players included are trying to learn from him. He goes out of his way to interact with everybody and give them the chance to learn from him.”

The regular season finished and at the end of the day, it was Brady and the Bucs back on top as Super Bowl Champions.

Tandy said winning a championship with a team he played for was one of the best moments in his lifetime.

“It still didn’t seem real,” Tandy said. “Playing for Tampa, we never even made the playoffs and all of a sudden, now we’re Super Bowl champs. The locker room was a huge celebration. The guys were having a good time partying. We had a team party at the aquarium. … Then we were all just waiting around to see what was next.”

Tandy represents Christian County as a Super Bowl Champion and believes that it doesn’t matter where you come from in order to succeed.

“It just shows, it doesn’t matter where you’re from, doesn’t matter the circumstances, if you put the work in and keep trying to learn and take advantage of every opportunity you can … anything is possible,” he said. “I don’t want to put words in Austin’s mouth, but for me, Hoptown is a big reason for where I am now. Getting a good work ethic from my family and my coaches. Every time I would do something, I would have so many people congratulate me. … High school coaches, classmates, teachers, they all would text me before and after the game. And this didn’t start happening this year because of the Super Bowl, it’s been going on ever since I left for college.”

Tandy has one more year on his contract with Tampa Bay and is hoping to bring another championship to Tampa in 2021.