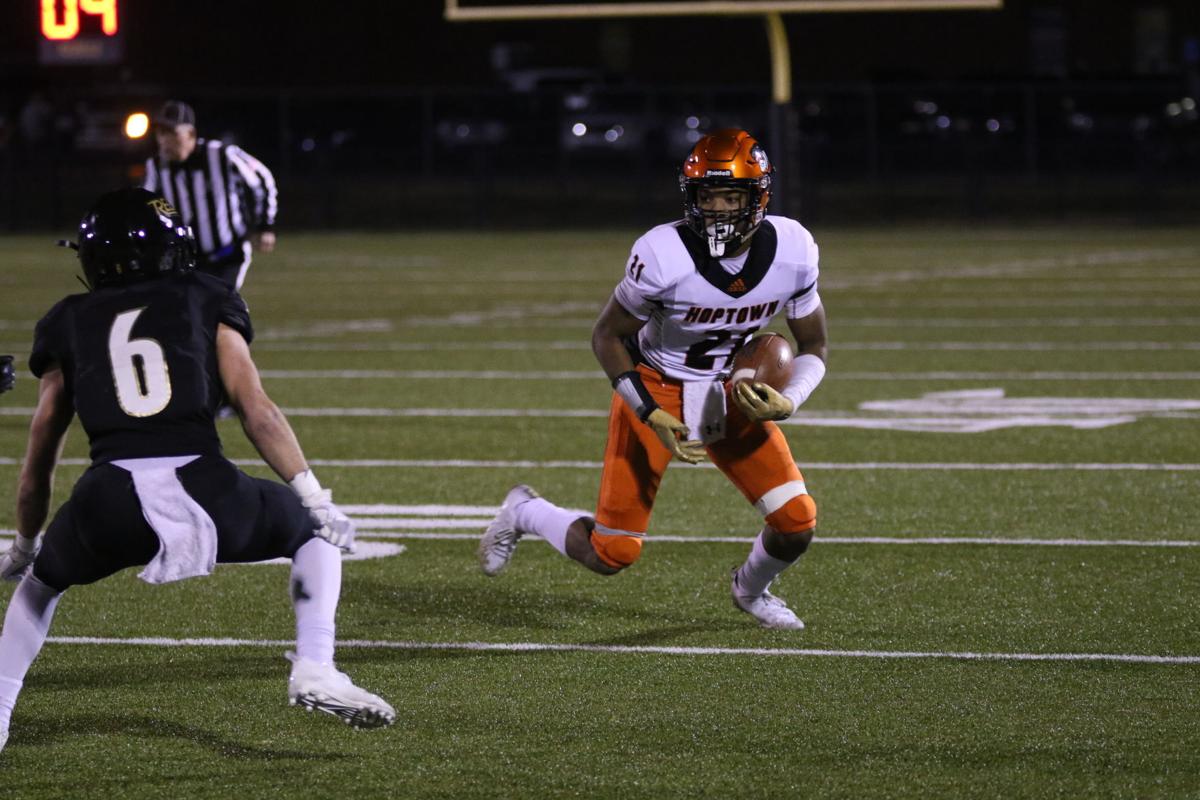 Hopkinsville’s Reece Jesse tries to run past a Boyle County defender in the Tigers’ loss to the Rebels in Danville. 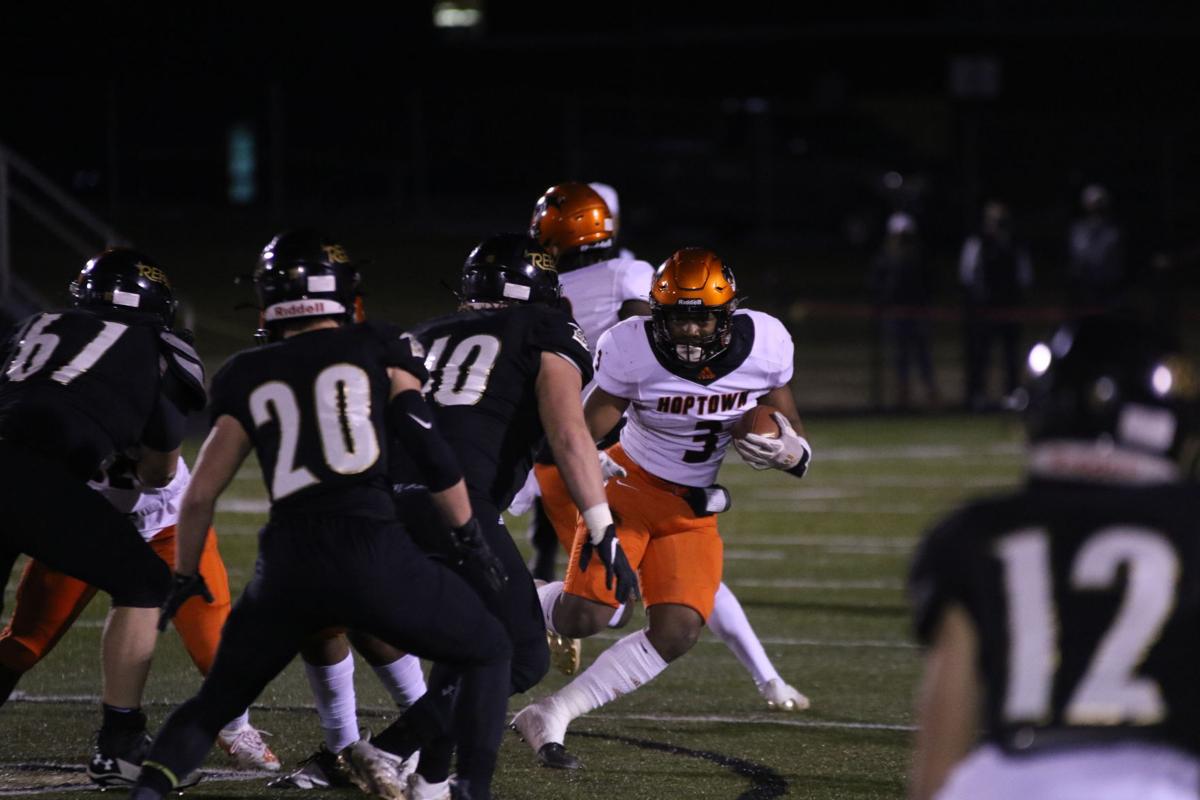 Hopkinsville’s Jay’Den Dillard carries the ball in the Tigers’ loss in the state semifinals.

Hopkinsville’s Reece Jesse tries to run past a Boyle County defender in the Tigers’ loss to the Rebels in Danville.

Hopkinsville’s Jay’Den Dillard carries the ball in the Tigers’ loss in the state semifinals.

DANVILLE — The Hopkinsville Tigers entered Friday night’s contest against Boyle County as the heavy underdogs and the Rebels showed why they are one of the best teams in the state on the field in the game.

Hoptown’s defense gave them a good start forcing a three-and-out, but once the Boyle County train started rolling, it never stopped as the Rebels clinched a trip to the Class 4A state championship with a 55-0 win over the Tigers in Danville.

The Tigers faced the best team they had seen all year, and head coach Craig Clayton said they exposed the kinks in his team’s armor and kept attacking it.

“I wish we could’ve played a team like this earlier,” Clayton said. “They exposed us. Everything I thought we were weak at, we were. I thought we played like we did in the Calloway and Logan County games than we did (in the playoffs).”

The line of scrimmage belonged to Boyle as running back Will McDaniel scored the Rebels’ first three touchdowns of the night and finished with 151 yards rushing in the game.

Hoptown’s offense had its chances, but dropped passes and some slight misses through the air from quarterback Trey Jefferson, as well as an unrelenting defensive front from Boyle County, kept the Tigers from getting into that rhythm offensively.

The Pinson dilemma: Breaking down the guard's shooting woes

At the end of the day, the Tigers were in a place they hadn’t been in a long time and got some crucial experience playing in a state semifinal. They also got a taste of what it’s like to be one of the best in the state by playing against the Rebels.

“I told them at halftime they need to pay attention to what’s going on in the ballgame,” Clayton said. “See the intensity and how everybody plays. We struggled in the playoffs my first six or seven years at Hopkinsville. Then Miguel Merritt came along, we developed an attitude for it and started beating teams that were beating us. Right now, like coach (Dustin) Lopez said, we’re at a plateau where we get to a certain point, but we can’t get to that elite point unless we get better physically and mentally. This is a wonderful time to see what a real football team looks like.”

The loss on Friday night puts a bookend on one of the craziest years of Clayton’s coaching career. He is hoping for a more normal offseason and regular season in 2021.

“It was just crazy all year,” Clayton said. “We weren’t going to play, they put us off, then they pushed us back. Once we got started, Christian County gets a test, we pick up Caldwell on a Saturday. Then we lay an egg, get a COVID-19 situation for three weeks and lay another egg. We were getting ready for playoffs then they pushed it back a week. It’s been crazy. But I wish it would’ve ended better than this.”