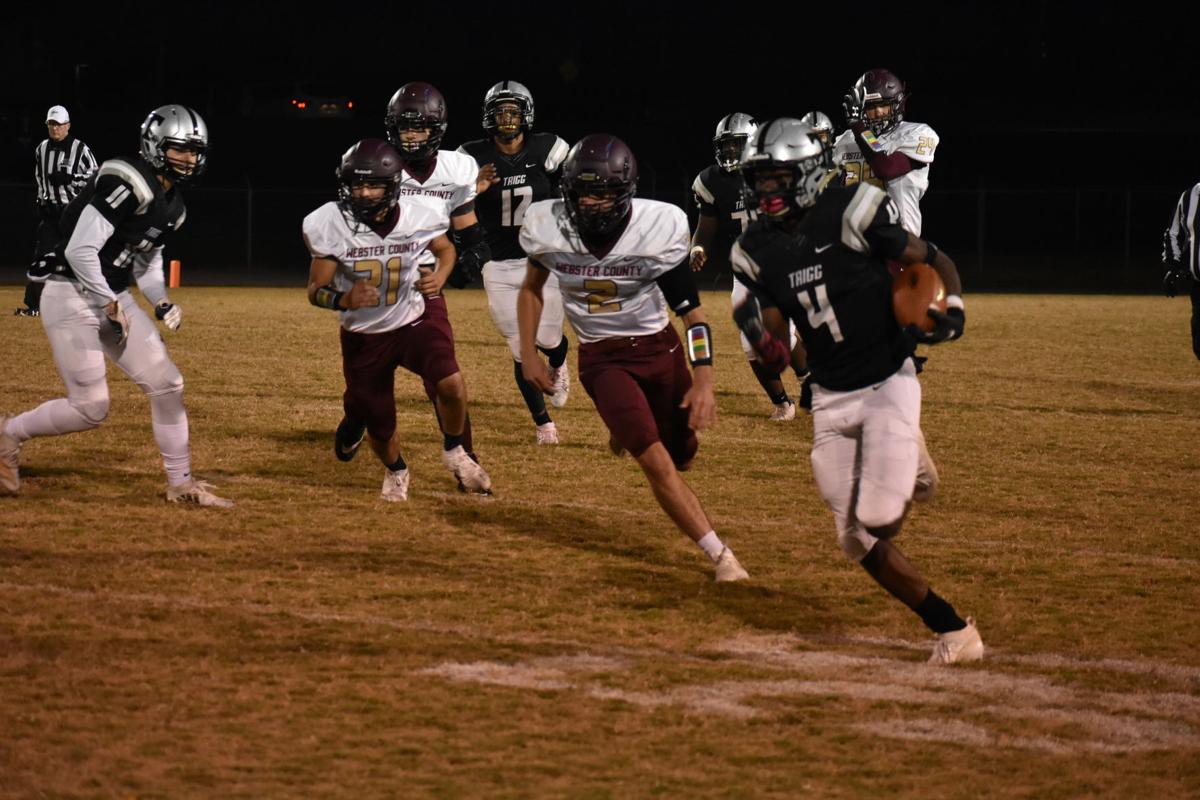 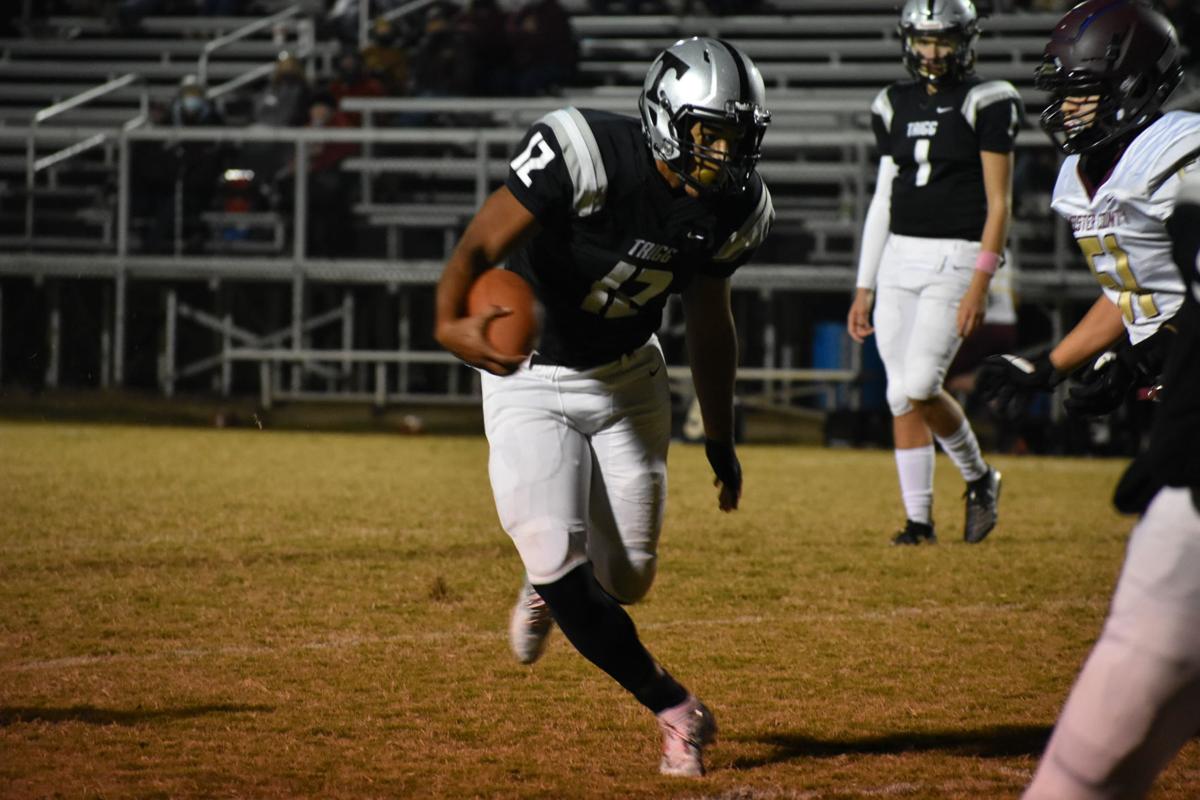 Bouncing back from a tough loss to Marshall County, Trigg County came out on top with an offensive and defensive showcase to win 63-34 and snap its four-game losing streak.

Both teams came flying out of the gates, looking to put the pressure on the opposing defense.

Webster County kicked things off with the first of many big yardage plays from both sides, as senior Daniel Yates took it to the house for a 66-yard touchdown to take an early 7-0 lead.

Trigg County responded with a big run of their own shortly after, as senior Jaquellus Martin took one 53 yards en route to his first touchdown of the day while knotting things up at seven with 7:52 left in the opening quarter.

Two drives later junior Kendric Adams led the Wildcats downfield and bulldozed his way into the end zone to cap off the sequence with a three-yard touchdown.

The Trojans quickly responded with a two-yard rushing touchdown from senior Tanner Robertson, sending Trigg County into the second quarter with possession at 14 all.

Four minutes into the second quarter, it seemed as if the game was getting away from Webster County.

Martin took one 63 yards for a touchdown to open up the second quarter to give the Wildcats a 21-14 lead.

After a pick from sophomore Dillon Skinner, sophomore quarterback Jacob Wease found freshman Jhaden Vaughn on a slant for a 21-yard touchdown.

Just like that, Webster County found themselves trailing 35-14 with 8:06 left to play in the first half.

But with their backs against the wall, the Trojans quickly made the Wildcats’ lead diminish.

With a successful fake punt and another fourth down conversion later in the drive, Robertson capped it off with a five-yard touchdown.

Webster County scored again with 26.2 left to lay in the first half, with senior quarterback Mason Wilson dropping a 20-yard dime to the back corner of the end zone for Braxton Alexander.

The extra point was blocked, but the Trojans headed into the locker room only trailing 35-27.

A little deja vu came to be in Cadiz, Kentucky, as Trigg County’s offense opened up the second half just like they did the first, with a massive run from Martin.

He took it 45 yards and grabbed his third touchdown of the night to give the Wildcats a 42-27 lead.

Swinging the momentum again even further, Martin took over again on the next drive with a 46-yard touchdown through the air, giving Trigg County a 49-27 lead with 9:15 left in the third quarter.

Webster County had no answer for the Wildcats offense at this point, as Trigg County added further injury to insult with another touchdown later in the third quarter from Wease.

The QB sneak for a yard had them up 56-27 going into the fourth quarter. Adams snagged another touchdown to extend the Wildcats lead shortly into the fourth, going up 63-27.

Webster County got its first touchdown of the half with 3.2 seconds to play, but Trigg County’s 63-34 lead would be more than enough to come away with the win. The Wildcats now move to 2-4 on the season.

Trigg County’s offense was firing on all cylinders, in large part due to its backfield. Martin and Adams had the Wildcats leaving defenders in the dust, combining for five touchdowns.

Head Coach Mark Peach was pleased with all aspects of his team’s offense, especially the running game, which they came in with a plan to utilize their backfield.

“Offensively I thought Kenny had a good game and Jaquellus had a good game,” Peach said. “Hats off to our offensive line, I think we had over 200 yards rushing in the first half.”

Martin also had two touchdowns courtesy of dimes from Wease, giving him four touchdowns on the day.

While the offense clearly shined, the defense held its own as well, nearly shutting out the Trojans in the second half.

“Second half was just incredible,” Peach said. “Coach Jones made some adjustments at halftime that the guys really executed well.”

Peach and company will look to build on this going into its matchup with Union County next week.

Union County is coming off a major upset of Paducah Tilghman winning 49-7 to make district play more interesting as the regular season comes to a close.

“The thing is now, I told the guys it could be a crazy three-way tie for first place,” Peach said. “It’s unbelievable. So it’s a tremendous opportunity and something for us to look forward to play for next week.”

Trigg County will hit the road for its next matchup, taking on Union County at 7 p.m. on Friday, Oct. 23.