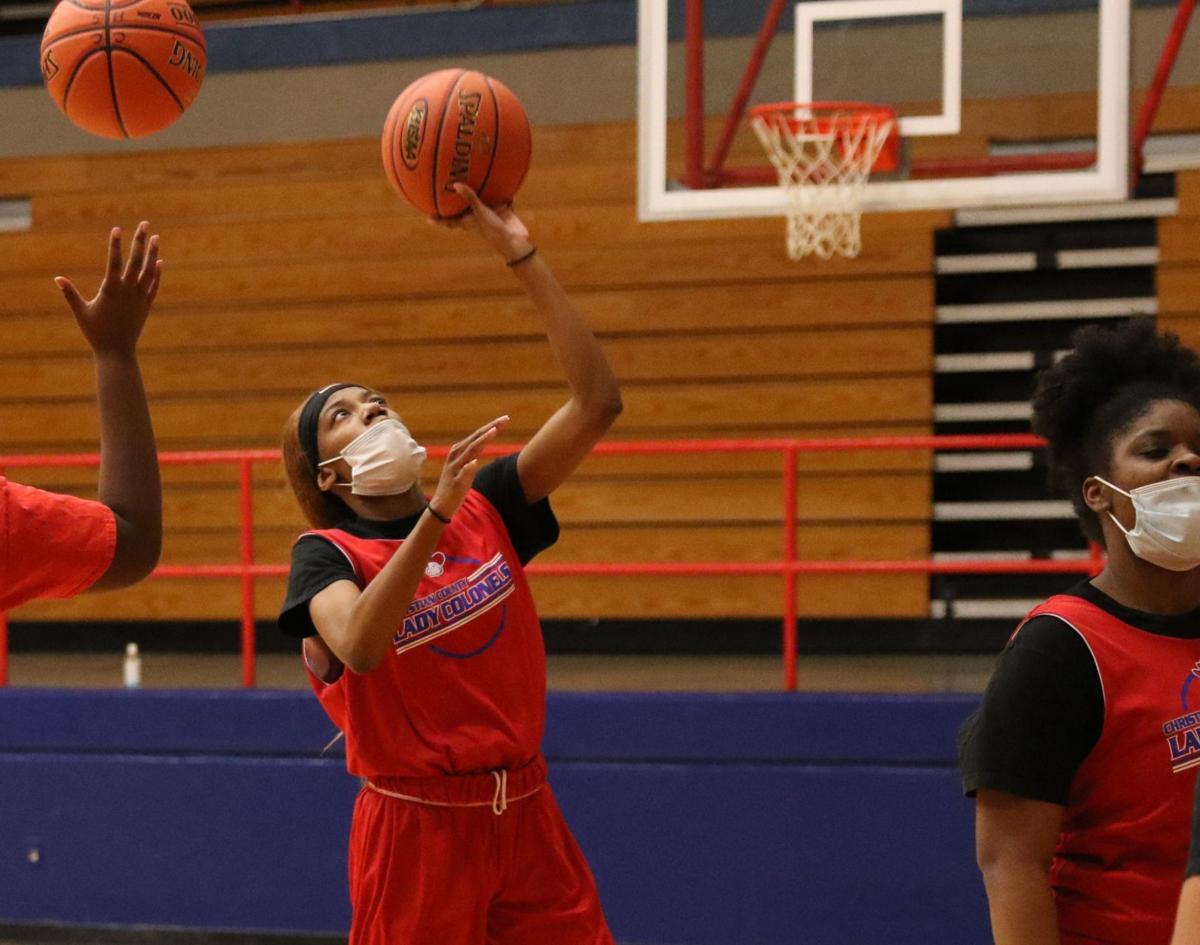 Christian County’s Mikayah Killebrew goes up for a layup in practice on Tuesday night. 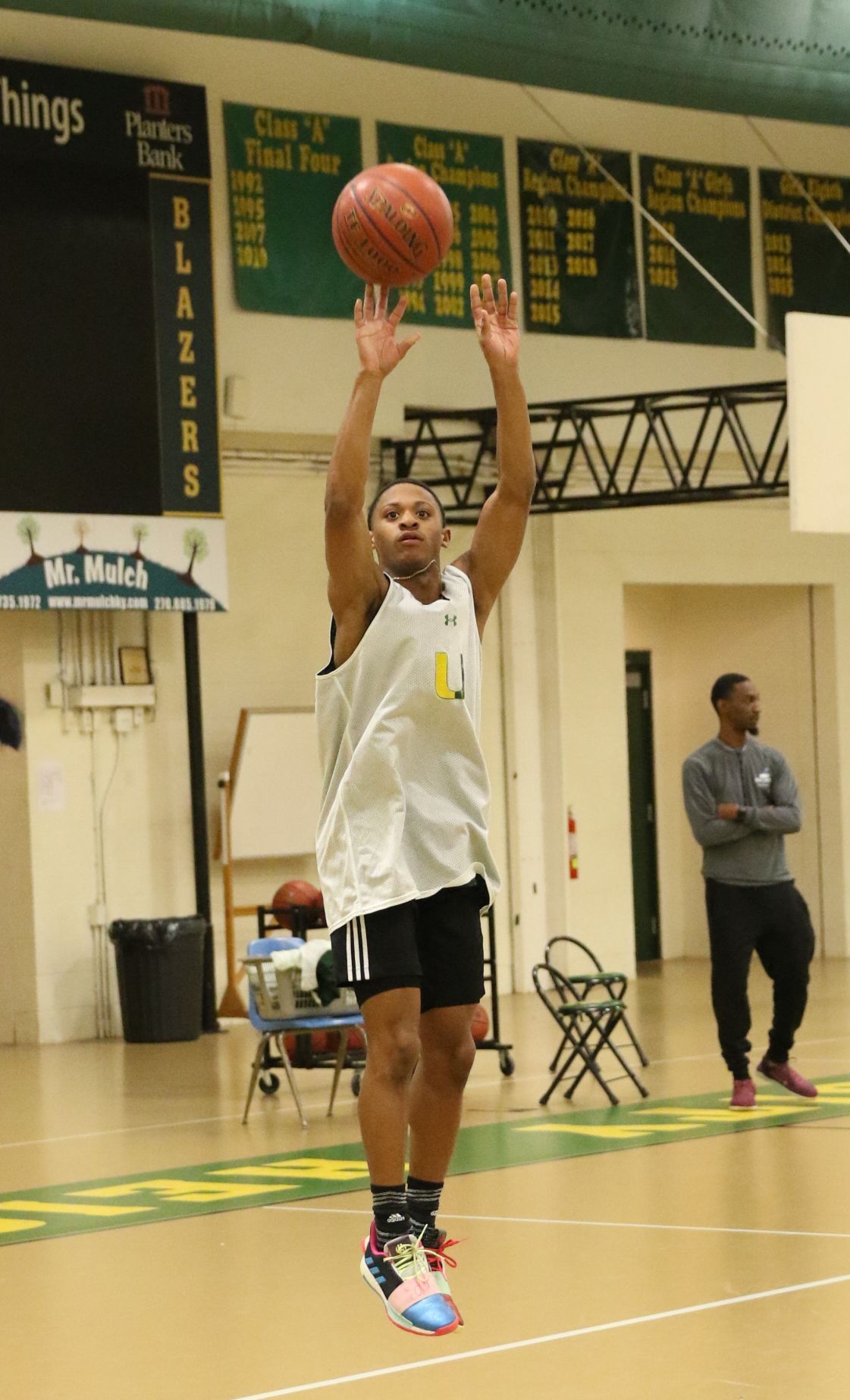 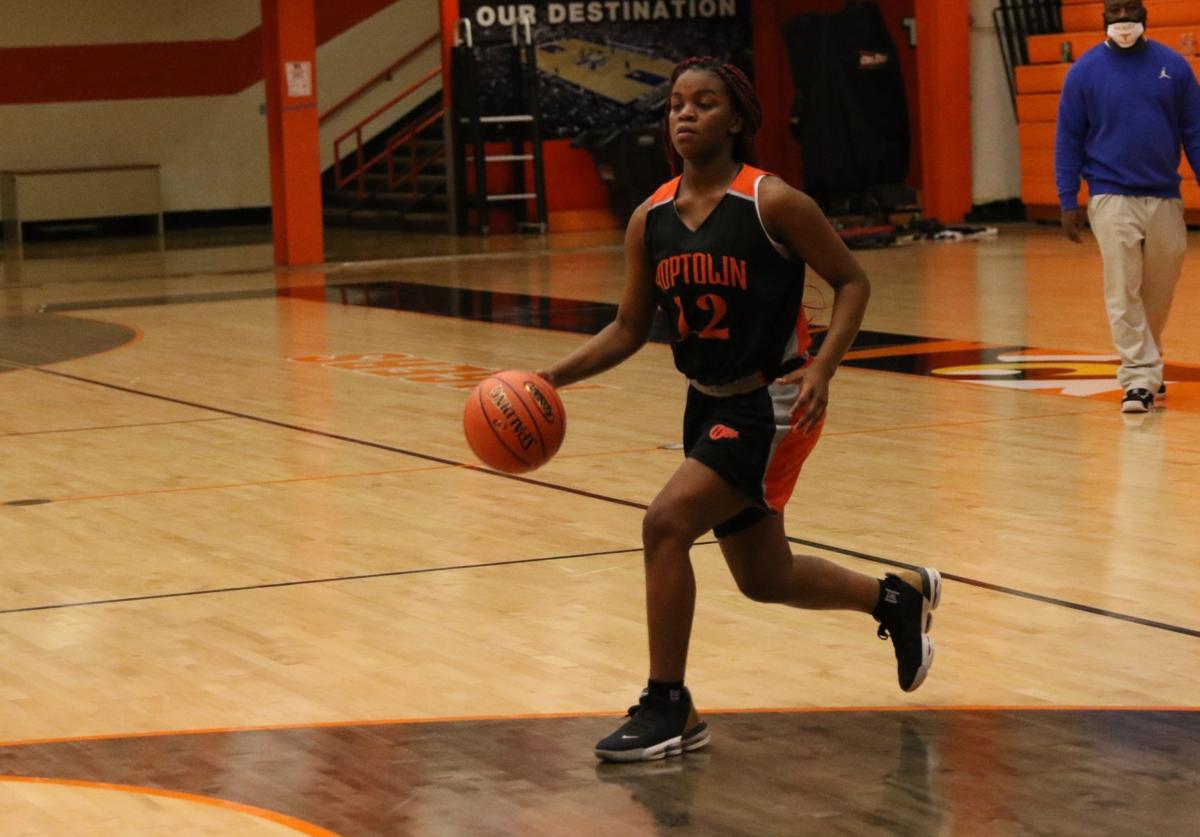 Christian County’s Mikayah Killebrew goes up for a layup in practice on Tuesday night.

This week is a special week in the state of Kentucky, as schools across the bluegrass saw their kids step foot on the basketball court for the first time since March to prepare for the 2021 season.

In Hopkinsville, the Tigers, Colonels and Blazers all hit the floor for the first time this week, getting a glance of what was to come.

With Jan. 4 in sight, they were just excited to take the floor again given all the uncertainty.

“It’s been great having them back — not just basketball but having them all together,” Christian County girls’ basketball coach Kiki Radford said. “Even though we have to have two different groups, just seeing their faces and them being around each other, us being around them — as coaches, it’s what we’ve been missing. We haven’t seen them in a long time. And we’re getting a spark from all of them because they know it’s almost go time.”

“I’m very excited doing what we all love doing and that’s play basketball,” Hopkinsville girls’ basketball coach Anthony Babb said. “We’ve been monitoring grades, the girls have been hitting the books and they’re glad to be back doing the thing they love to do.”

To some, the KHSAA’s decision to move forward came as a surprise, given the COVID situation going on in Kentucky. UHA boys’ coach Grant Shouse said he and his players were probably among that group.

“It’s really been a difficult year,” Shouse said. “Everybody has dealt with something. I was very happy for the kids mostly. I felt like even some of our guys were believing everything they were hearing. I think a lot of the social media talk was that we might now even play or the season was in jeopardy. I think their initial reaction to continuing with the Dec. 14 start date was they were pleasantly surprised. Even I thought it was going to go the other way. I’m glad we’re going to go forward. I think the kids are potentially safer here in this environment.”

For the players, it’s an opportunity to take the floor and represent their high school.

For County senior Trinity McGee, who is coming back after tearing her ACL last year, it’s great to be able to take the floor for her finals season in blue and red.

It’s really been crazy,” McGee said. “There were some days when coach Radford would tell us, ‘You never know when your last day is going to be.’ Some days it was, we’re going to have a season to, we’re not going to have a season to now we’re out of school. It’s been really crazy. We still managed to get in here every chance we get and we work hard and push ourselves so we can be ready.”

Shouse said it was important mentally for their kids to get back on the floor.

“I thought it was very important for the kids to play for their mental health more than anything,” he said. “Both a personal level and a coaching level this year has been tough.”

But in order to keep the season going, teams are going to have to be cautious.

Babb knows that COVID isn’t something to play around with, and is making sure his kids stay safe while with him.

“We gave them a workout plan to do and just make sure they were staying active,” Babb said. “We know how it goes. One person catches it and it affects the whole bunch. So we try to practice social distancing.

“Once they gave us the green light, everybody was texting each other and everybody was excited and it shows. We’ve got to continue to do our parts, wear our masks and practice social distancing to continue what we’re doing.”

One thing is for certain, the season is one step closer from the beginning.

“It’s 22 days until our first game,” Radford said. “We’ve been preaching the uncertainty. Any time you get the opportunity to get on the court you have to take advantage of it. It can easily be taken away. Obviously, over the past couple of months, it’s been taken away from the girls and (Monday) they were able to get back in. You could just tell they were taking advantage of the time they had on the court because you never know what tomorrow’s going to bring.”

The KHSAA basketball season is officially set to begin on Jan. 4.