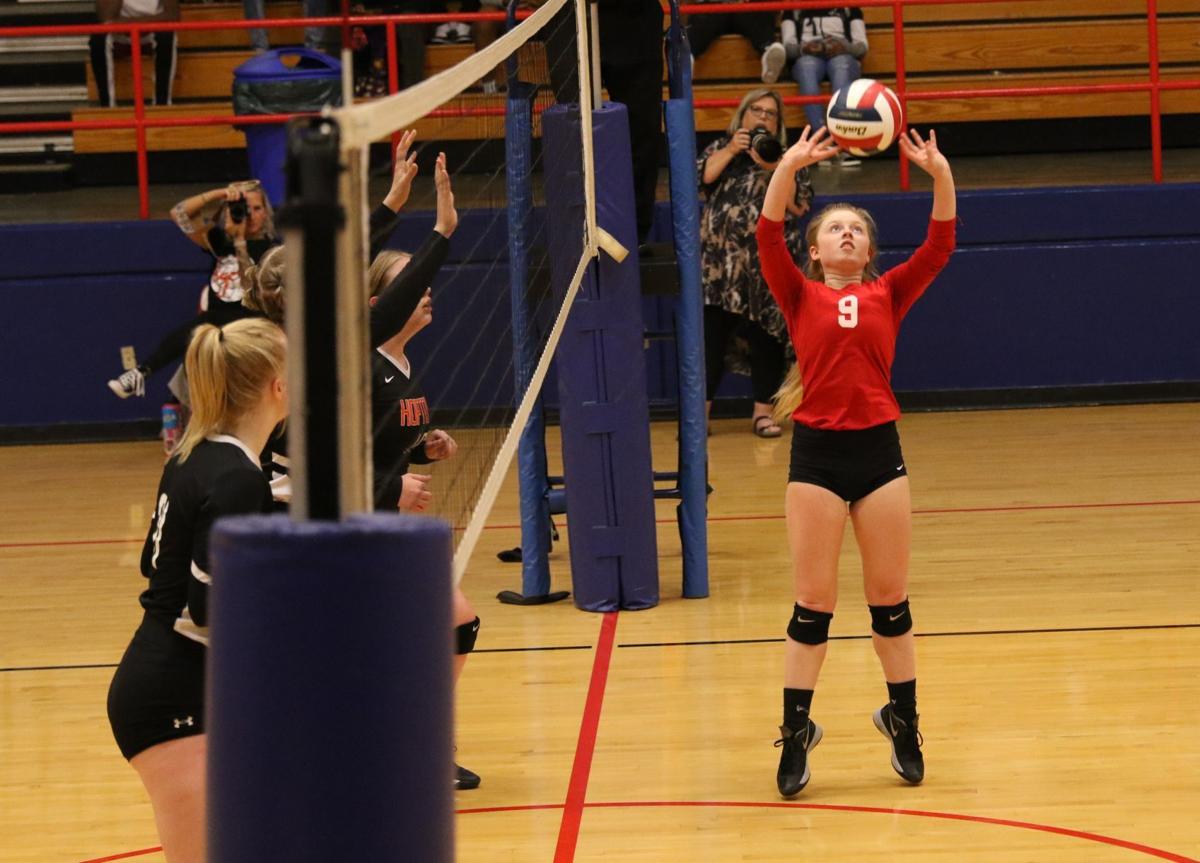 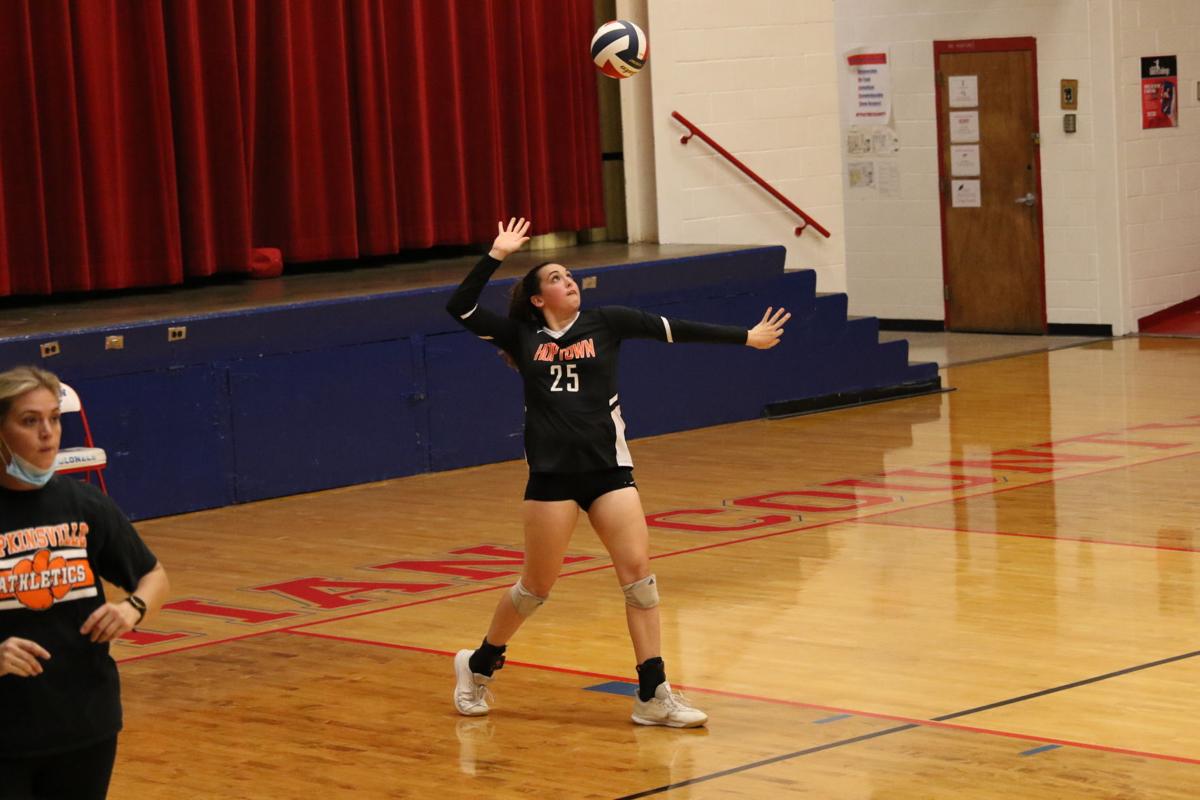 Hopkinsville’s Hailey Hallmark serves the ball in the Lady Tigers’ loss in the Eighth District tournament.

Hopkinsville’s Hailey Hallmark serves the ball in the Lady Tigers’ loss in the Eighth District tournament.

The Hopkinsville Lady Tigers opened up with fire and intensity to start the game but it was the Lady Colonels of Christian County that ended the night with that fire.

Hoptown opened both the first and second sets with early leads. However, County managed to pull out one of the two and pulled away late for a 3-1 win over the Lady Tigers in the Eighth District Tournament semifinals on Tuesday night.

Hoptown opened the match strong and put County on the back foot in the first set.

Trailing 18-12 in the set, the Lady Colonels rallied back and stole the first set from Hoptown 27-25.

Lady Colonels head coach Rick Erickson said his girls put it together after a timeout to grab a big win in the first.

However, the Lady Tigers didn’t let that phase them as they steamrolled to a 25-12 win in the second set to even things up.

“Hopkinsville played great defense and (Hailey) Hallmark had a very good night hitting,” Erickson said. “We came out a little flat and they came out ready to play. Their defense made adjustments and with Hallmark on fire, it’s hard to deny anything she was capable of doing.”

In the final two sets, while Hoptown competed and fought, the Lady Colonels found a way to win each set and grab a four-set win, putting them back in the Eighth District Championship game in a rematch of last year’s title game against University Heights Academy.

Erickson’s team played with only six players in last year’s district title game after being the top seed and now with the Lady Blazers in the number one spot, he’s hoping his team can get a little redemption on Thursday night.

“It’d be great to with the Eighth District Championship with the bunch I won my 200th game with,” he said. “That’d be really special.”

The Lady Colonels and Lady Blazers will begin at 6 p.m. Thursday in Lyle Dunbar Gymnasium.