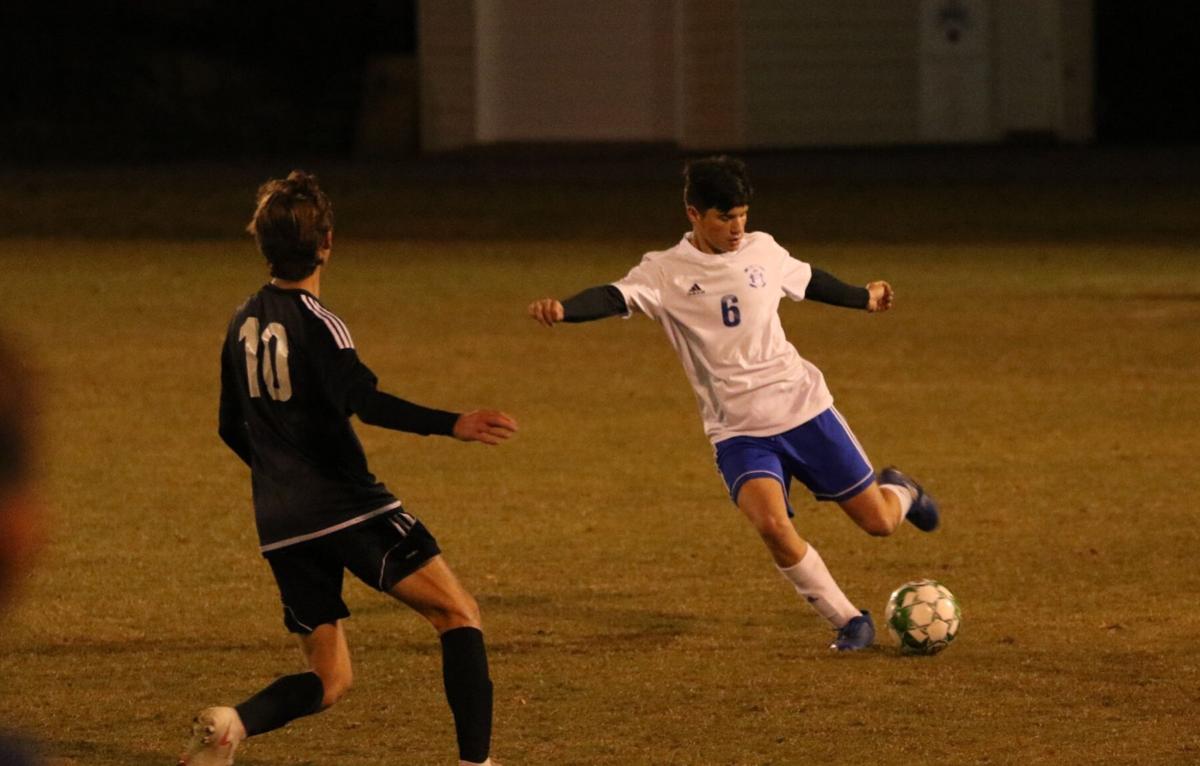 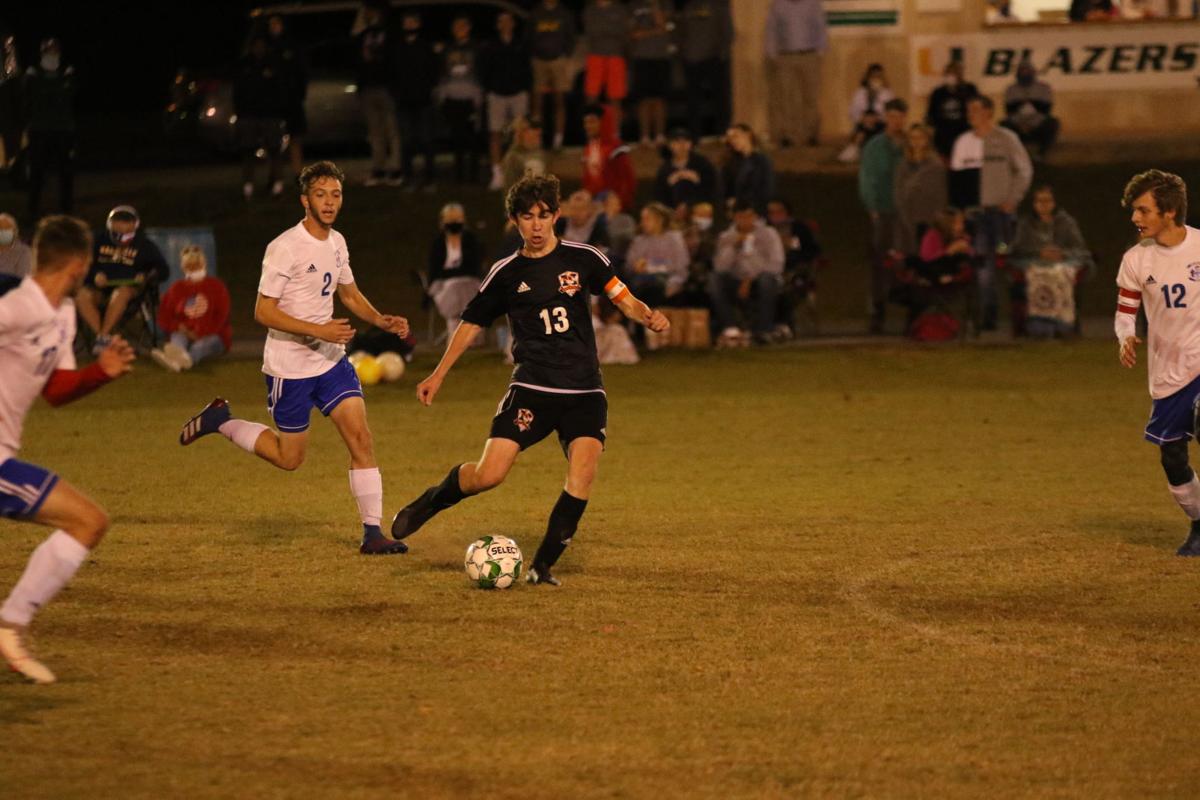 There isn’t a better time in the world to get your first win of the season.

That story rang true on Tuesday night as the 0-9 Christian County Colonels unseated the defending Eighth District champion Hopkinsville Tigers 3-2 in the semifinals of the Eighth District Tournament at Givens Field.

“We haven’t been to the region tournament since 2014,” County head coach Austin Byrum said. “Even vs. Hopkinsville, over the last six years, they’ve outscored us 49-2 I think. We scored three goals (Tuesday night). … That’s one of the best programs around. Just to be able to get a win against them I know means the world to our guys.”

The Colonels scored just three minutes in on a set piece that caused mayhem in front of the goal.

Jaiden Northington found the ball on his feet and put it in to get it started.

Hoptown equalized later as Miguel Magana sent a deep ball into the back of the net, but the Colonels bounced back with another tally by Daniel Macario just before the half.

County was the first to score in the second half as well as Kenton Lancaster found Ashton Smith on a run and Smith buried the Tigers in a 3-1 hole.

Hoptown made the push late, as Magana scored a goal in the final minutes, but the push was just too late as the Colonels upset the Tigers and clinched a trip to the Second Region Tournament for the first time since 2014.

“I just got to give the most respect to my guys,” Byrum said. “We haven’t won a game all year and it’s been a rough two years for some of those guys. They just always stick together. They didn’t give up. You can look at all the other winless teams in the state, most of them have lost 10-0 or 8-0. We competed in every game. I’m proud to be their coach and I’m just glad they never gave up.”

Hopkinsville head coach Patrick Bueno gave credit to County and said it isn’t about who has the better players in a rivalry.

“At the end of the day it’s a rivalry in the town and I’m new to it,” Bueno said. “It doesn’t matter about skill in these games, if you’re not on point connecting your passes, it’s that hard work and that effort. They wanted it more. That was the difference.”

Everything to get you ready for Wyoming's game at Nevada

County rode the offensive outburst, but the game was really won in goal thanks to sophomore keeper Josh Settle.

Settle stopped a majority of the Tigers’ attempts and Byrum said Settle is one of the best keepers in the entire Second Region.

“He isn’t the biggest keeper, but he’ll bust his hind end,” Byrum said of Settle. “He ran out there and won a header to prevent giving a team a corner kick. You’re not going to see too many goalies do that. He’s competitive. … He’s playing some phenomenal balls.”

Offensively, the Colonels have started to put it together, as early on in the year it was a big dry spell for Byrum’s bunch.

“First five, six or seven games I don’t think we scored a goal. Here in the last three, we’ve scored five goals. Some of that is just from experience … but they’ve continued to put in work. We’ve done a lot of little drills. … The last goal we scored with Kenton (Lancaster) to Ashton (Smith), that’s something we’ve been working on for the last two weeks. Just try to make the right run and score.”

Hopkinsville misses the Second Region Tournament for the first time since 2013, while the Colonels will return to action at 7:30 p.m. on Thursday against University Heights Academy in the Eighth District Championship game.