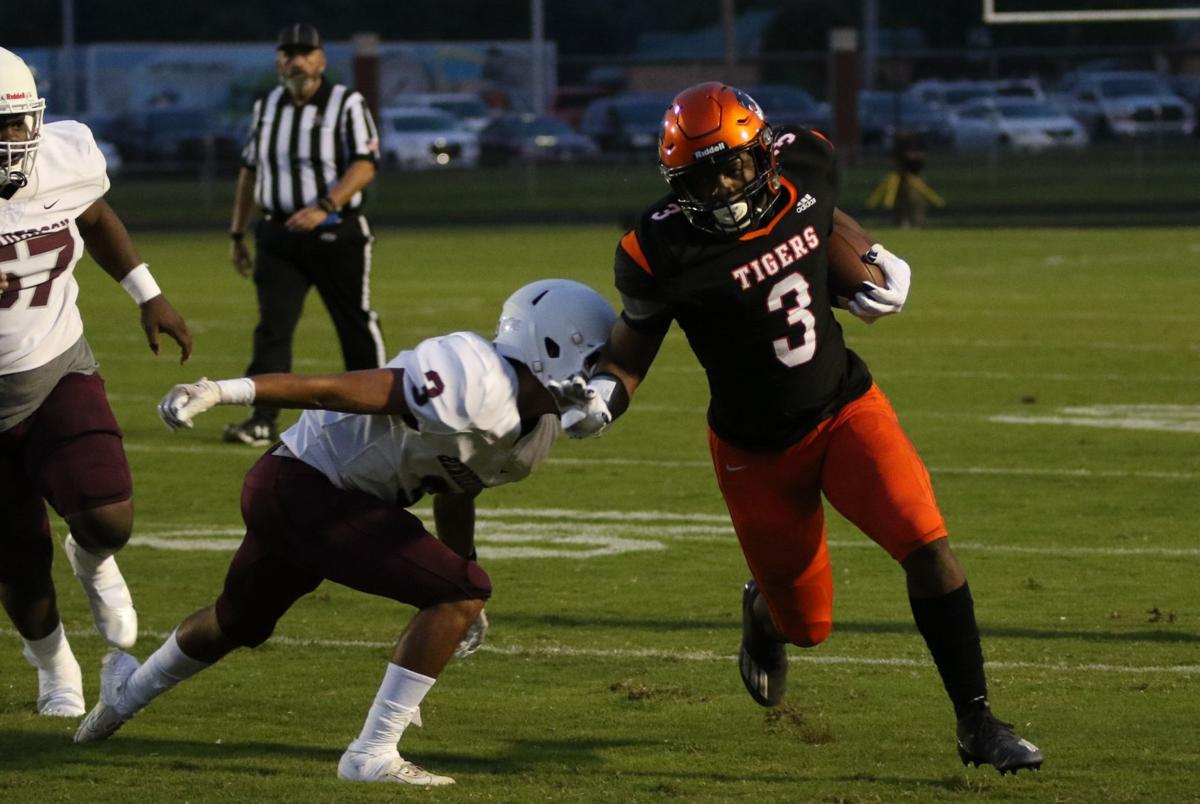 Hopkinsville’s Jayden Dillard carries the ball in the Tigers’ win over Henderson County. 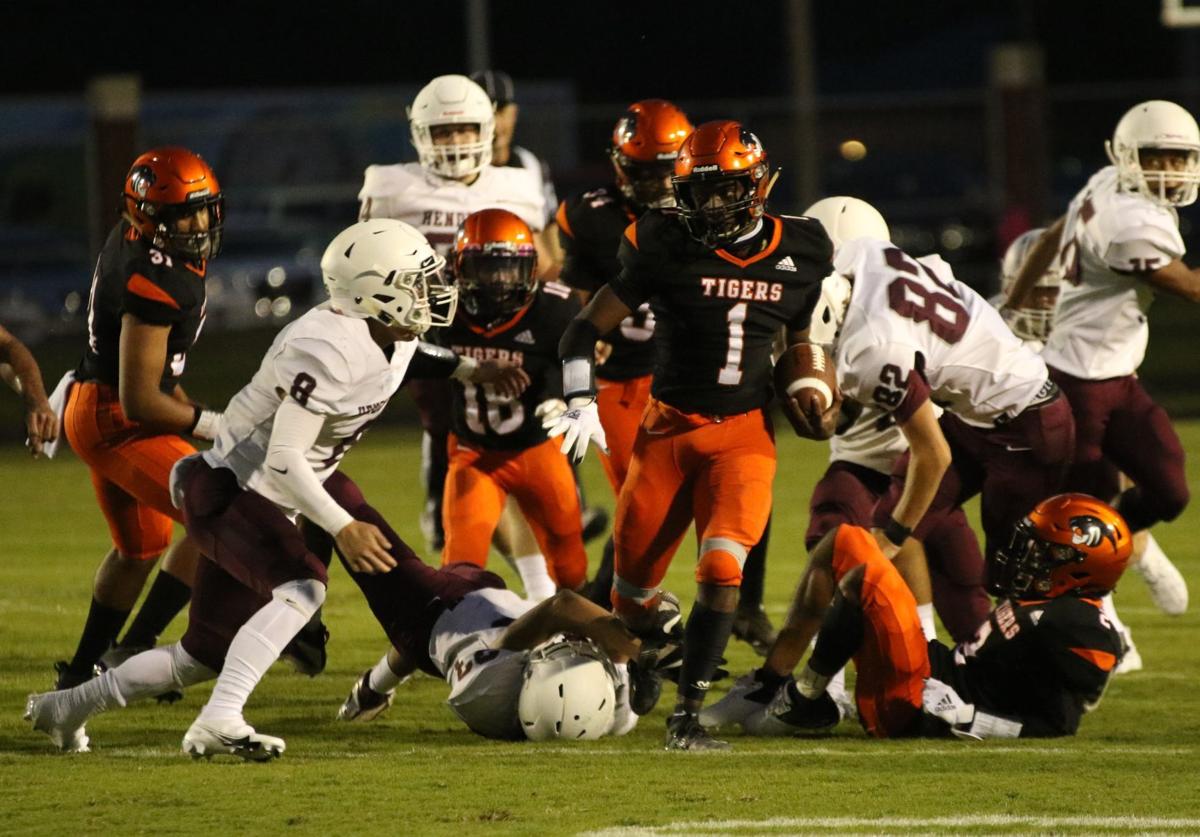 Hopkinsville’s Daisjuan Mercer runs the football in a 27-16 win over Henderson County.

Hopkinsville’s Jayden Dillard carries the ball in the Tigers’ win over Henderson County.

Hopkinsville’s Daisjuan Mercer runs the football in a 27-16 win over Henderson County.

With three weeks of preparation for week one of the season, the Hopkinsville Tigers and coach Craig Clayton were unsure of what they were going to see on Friday night.

What they got to watch was something Clayton said was up and down, but the end result favored the Tigers as they defeated Henderson County 27-16 at the Stadium of Champions.

For Clayton, despite those ups and downs, it’s still a win in the end.

“The biggest advantage was our receivers — mostly Reece Jesse against their secondary. But our receivers are all pretty good and I think that was the biggest difference in the game.”

The Tigers used a strong second quarter to push ahead of the Colonels.

After coming into the second frame scoreless, Trey Jefferson made his mark in his Hoptown debut under center. Finding Lane Rushing over the middle to open the scoring.

Jefferson wasn’t done there as he found what will likely become his favorite target in Reece Jesse.

Jefferson and Jesse connected twice on the entire night, but both of those went for scores. The first a 33-yard pass over the middle and the second an 80-yard bomb down the Tiger sidelines.

Jesse said he saw his openings and took advantage — Jefferson connected with two precise passes to seal the deal.

“The first one was a post and I saw him on the outside and I was like, ‘Yeah, I got him beat,’ ” he said. “The fade, I just saw one-on-one and called for the ball. The rest was history.”

A safety and special teams blunder from the Tigers allowed Henderson to chip away at the lead, but Jayden Dillard put the final nail in the coffin with a 13-yard score in the third quarter. Despite a late Colonel touchdown, time was simply not on their side as the Tigers begin their 2020 campaign 1-0.

Jesse said he was just happy to get revenge on Henderson County — a team that defeated Hopkinsville just last season.

Overall, Clayton still saw a lot of things to work on heading into week two.

“We just blew a lot of assignments and out snaps weren’t good at times,” he said. “The quarterback will run into the running back on running plays sometimes — that kind of stuff. Defensively, we lost all of our linebackers last year so we’re playing all sophomores and one junior. I thought they got better and better but they still messed up quite a few things.”

Jefferson’s debutTrey Jefferson didn’t dazzle in his debut, but he did what was needed of him to put the Tigers in a position to succeed.

Jefferson finished 6-for-14 with 175 but those three touchdown passes were big ones.

Clayton said there were moments where Jefferson could have made some quicker decisions, but believes that time in the system will benefit him greatly as the season moves forward.

“As we go through the game is going to slow down for him where he’ll actually make those reads a little quicker,” Clayton noted. “Right now he’s just a little bit here and a little bit there. He has a lot of ability. He can run and get out of trouble and he has a gun for an arm.”

Mercer Mania continuesDaisjuan Mercer was arguably the biggest surprise of the 2019 season for the Tigers and he came out in week one making sure people didn’t think it was a fluke.

The sophomore defensive back intercepted two passes on the night, bumping his career total to 11, just two off the Hopkinsville all-time record.

Clayton said Mercer is a big piece not only in the secondary, but the entire defense for Hoptown.

“He’s just playing free safety and we’ve got some 6-3, 6-2 and a half corners — a basketball guy and a track guy — it helps a lot,” he said. “It allows us to get a couple more people in the box to stop the run.”

Mercer said he just wants to keep achieving the goals he sets out for himself and help his team win football games.

“Just always trying to help my team win and set bigger goals for myself and succeed in all of them,” Mercer said.

Next UpHopkinsville will face off against Christian County next week. Kickoff is set for 7 p.m. Friday at the Stadium of Champions.