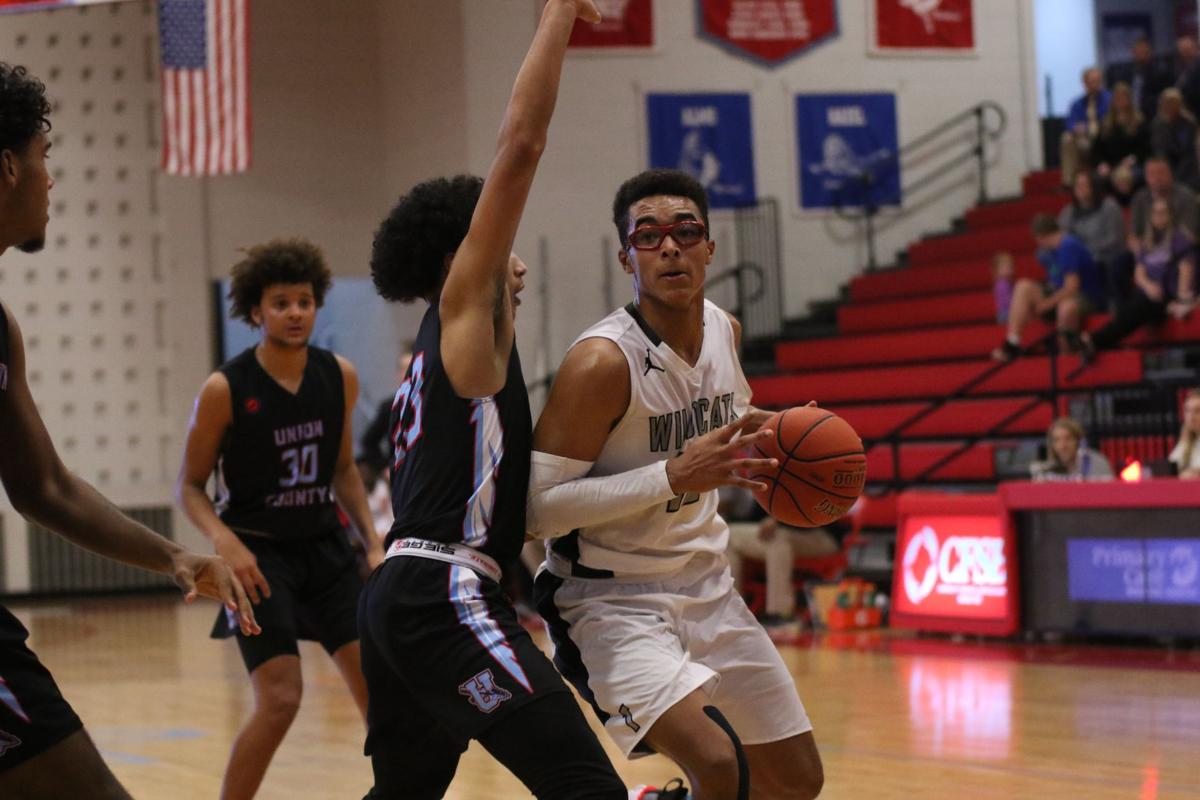 Trigg County's Kenny Adams drives the lane in the Wildcats' contest against Union County in the 2A Section One semifinals. 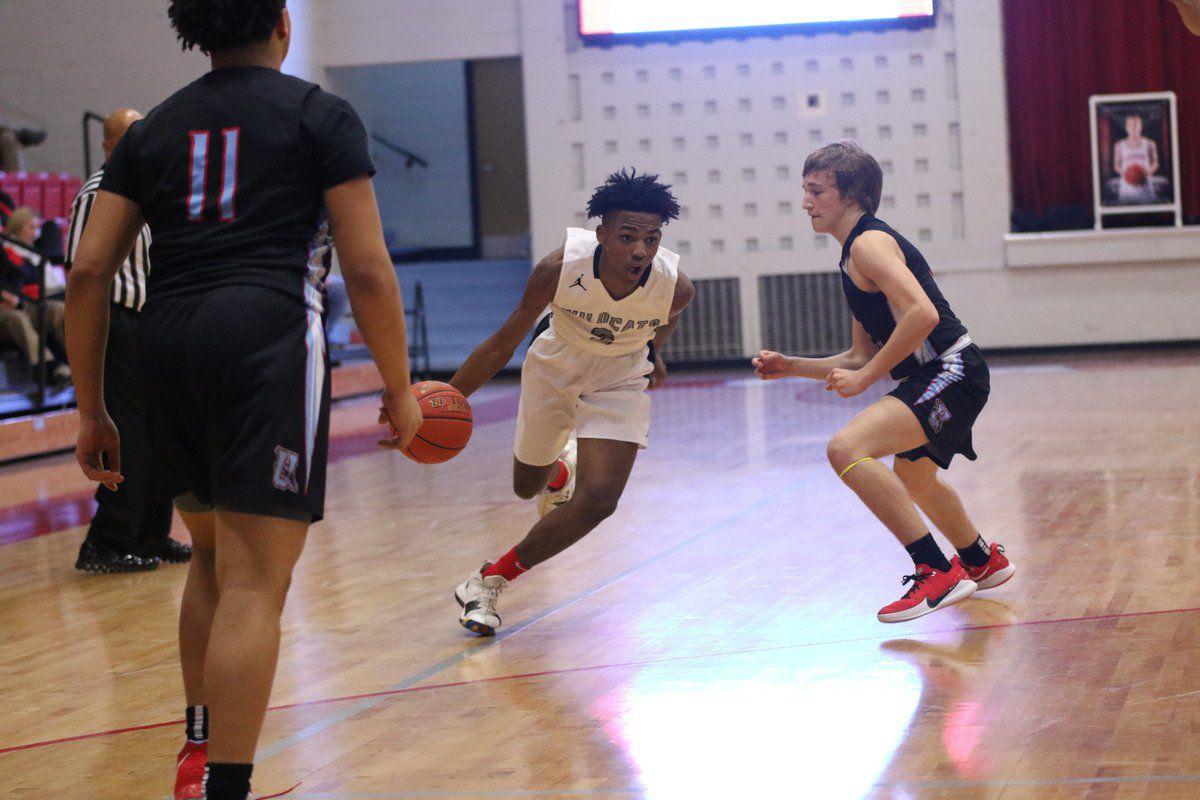 Trigg County's Kenny Adams drives the lane in the Wildcats' contest against Union County in the 2A Section One semifinals.

MURRAY -- Trigg County was stuck looking for an answer at the start of the second half.

The Wildcats let the Union County Braves score 10 straight points to open the third quarter which gave them an 11-point lead early.

Chad Burgett's team didn't falter with its back against the wall. Trigg responded with a 12-0 run to take the lead, and despite the late Union County push, the Wildcats held on to defeat Union County 53-48 in the Kentucky 2A Section One semifinals.

"I was disappointed in our performance," Burgett said. "I thought we came out flat. I kind of expected it. In practice, we didn't have much effort. I don't think these guys understand that as the season goes on, the stakes get higher, teams get better and you have to bring a better effort. ... I was proud that they hung on and did just enough to get the win."

Burgett said he was happy about his team's fight, but wants to see more consistency from his kids.

"I think it kind of mirrors what we do in practice," he said. "We come out and we don't get much going and I have to get after them, then they kick it on. But it's frustrating because we know if we ever put together 32 minutes like that we'll be a pretty good team."

As a team that hadn't shot the ball at the free throw particularly well on the year, Trigg made the free throws late that it needed to put the game out of reach. The Braves had a few chances late to get the game to one possession, but failed to convert and give them a chance to tie or get the win.

"We went to a four corner offense up three with a minute and a half to go, and that was just because I didn't like how the game was going as far as I thought Union County kept going to the glass hard and we got really comfortable spreading people out. So we did that and Union County fouled us. That shows that I have the confidence in those guys to make those free throws down the stretch.

The Wildcats now move on to the Section One Championship game against host school Calloway County at 6 p.m. tonight. Burgett said his team will need to play a really good game in order to secure a trip to Owensboro.

"They're an exceptional passing team," Burgett said. "We've got to make sure that we read the passing lanes, don't give them easy baskets. Make sure our rotations are sharp (and) play with our hands up.

"I told these guys that if they play hard for 32 minutes and we have one night in which we actually shoot the ball well, we'll come out with a win. And that's the way they got to approach it."