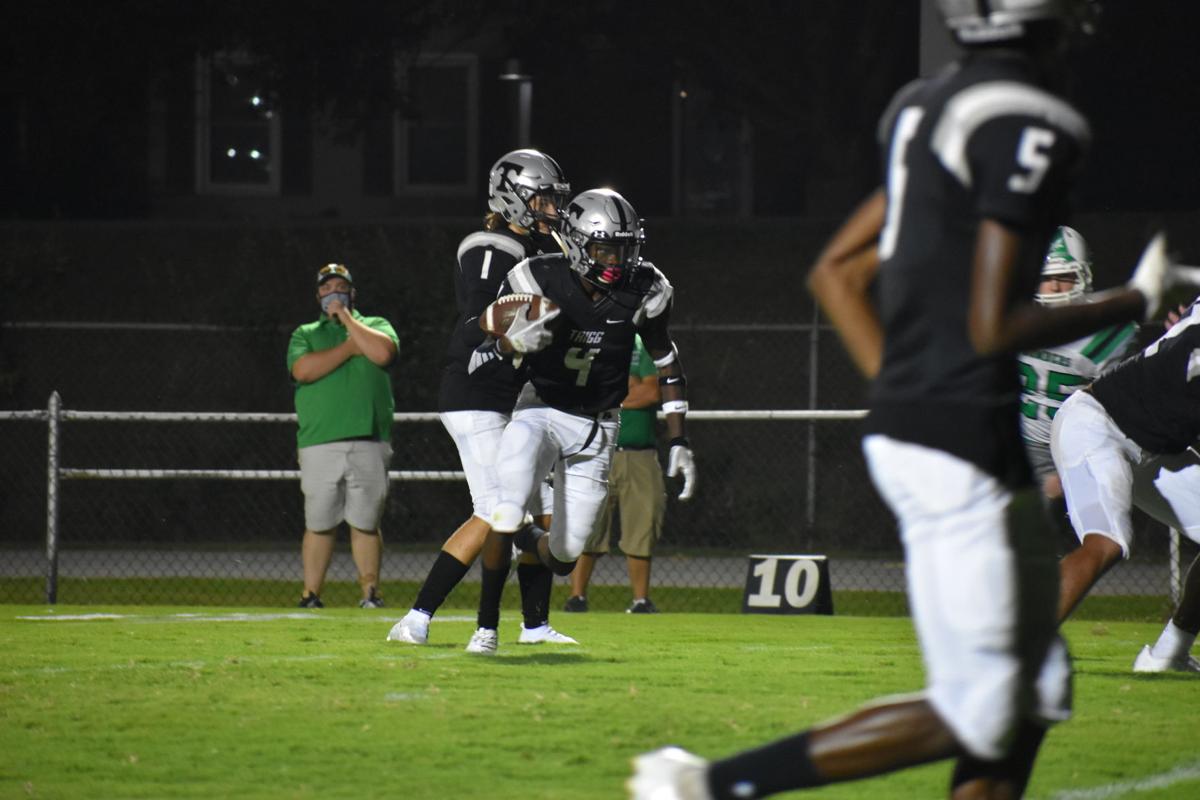 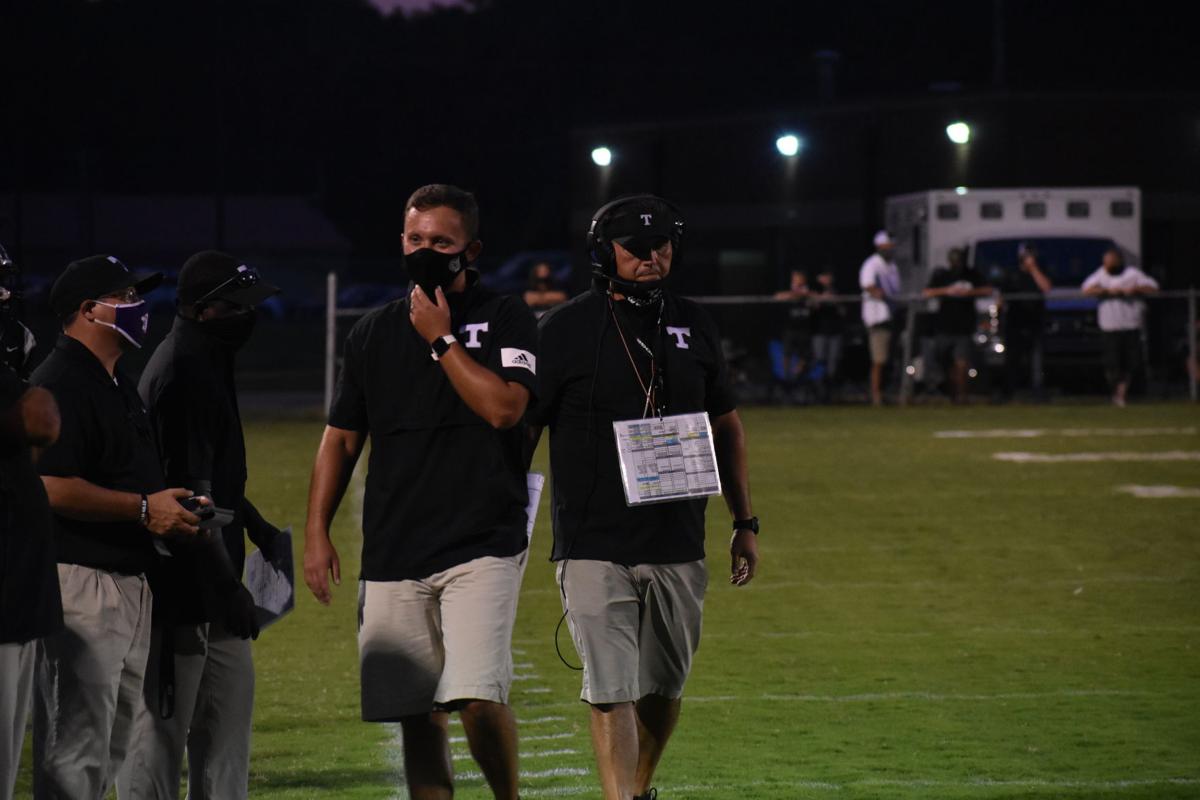 The Wildcats and new head coach Mark Peach took no time getting to business, with their first two plays leading to a 27-yard touchdown run from senior running back JaQuellus Martin.

Ballard Memorial looked to be just as aggressive, attempting a fake punt on their first drive. The attempt failed and the Wildcats capitalized.

Martin took a handoff to the house once again, as his 20-yard touchdown run put Trigg County up 14-0 with 9:23 left in the first quarter.

The Wildcats kept their foot on the gas, as sophomore quarterback Jacob Wease connected with freshman wide receiver Jhaden Vaughn for a 40-yard touchdown off the screen pass.

After a failed fake punt attempt from freshman Daniel Meinschein — that his coaches and teammates were not pleased with — Wease found sophomore Dillion Skinner for a 33-yard touchdown to take a 28-0 lead.

Continuing to add on to their lead, Trigg County scored two more touchdowns — both coming from Martin — and added a two-point conversion to head into the locker room up 43-0.

Martin had his hands all over the game, finishing with 92 rushing yards on eight attempts, 59 receiving yards on two catches, en route to four touchdowns on the night.

“He’s a really special football player and we’re very, very pleased to have him,” Peach said. “He can just do so many things. Running the ball, catching the ball in space and not only is he good in space, he can be tough in there too. He’s a tough runner, hard to bring down and he’s deceptively strong.”

Given that this was the Wildcats first live action of football with no scrimmages allowed in the preseason, Peach was more than pleased with his team’s performance going into the second half.

Trigg County continued to control the game on both sides of the field, scoring two more touchdowns in the second half to close out its first victory of the year at 56-0.

Sophomore quarterback Jacob Wease got the nod behind center for the first game in the post-Cameron Jordan era for Trigg County and did not disappoint.

Wease went 6-of-8, throwing for a total of 122 yards to go along with three touchdown passes.

And while the offense was firing on all cylinders for the Wildcats, the defense held its own as well.

Trigg County held Ballard Memorial to one total yard in the first half. They continued to be disruptive defensively in the second half, forcing multiple fumbles and snagging an interception en route to a shutout performance.

Peach said it was a little difficult to prepare defensively given the guidelines for practice and not being able to have scrimmages, but is happy with his team’s effort.

“Overall pleased with it,” Peach said. “I think we can build on it momentum wise and try to build on it and try and get better.”

With the first win of the Peach era under its belt, Trigg County will look to improve to 2-0 at 7 p.m. Sept. 18 against Murray High School in Murray.

“They’re a great program,” Peach said. “I think coach Duncan has done a tremendous job … I think they’re ranked number eight in the preseason coming in and they’re going to have a fabulous football team, but this is exciting. I told the guys, I get excited about being a part of great games like this in terms of getting to play great programs, great teams, so this is a great tune-up for us going into district play.”