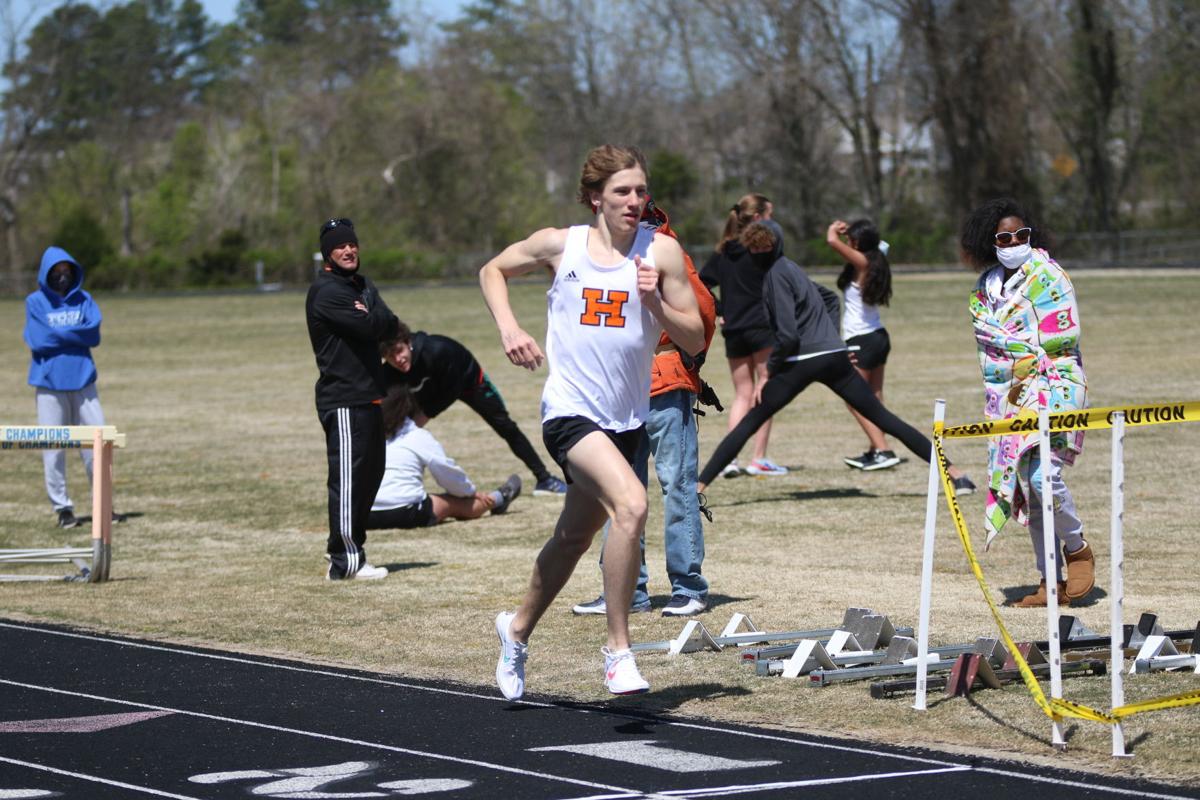 Above left: Hopkinsville’s Chase Atkins runs during Friday’s meet at the Stadium of Champions. Above right: University Heights Academy’s Connor Dill jumps over a hurdle on Friday morning. 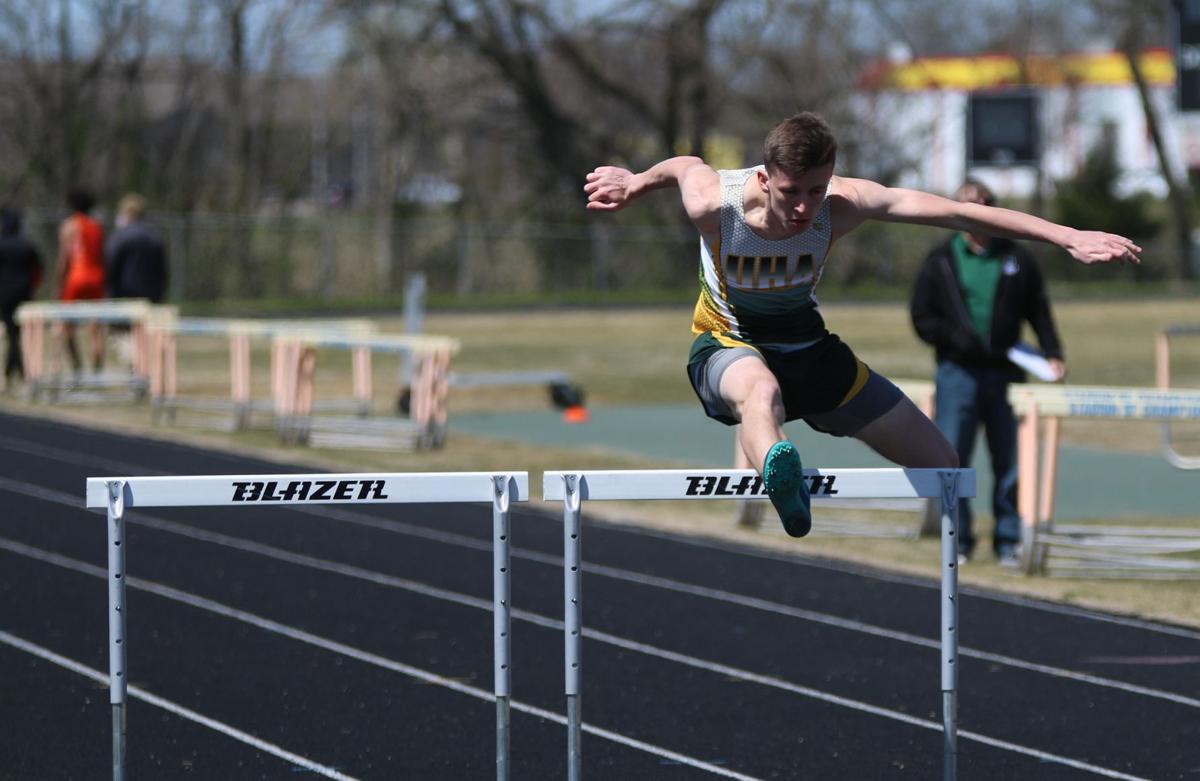 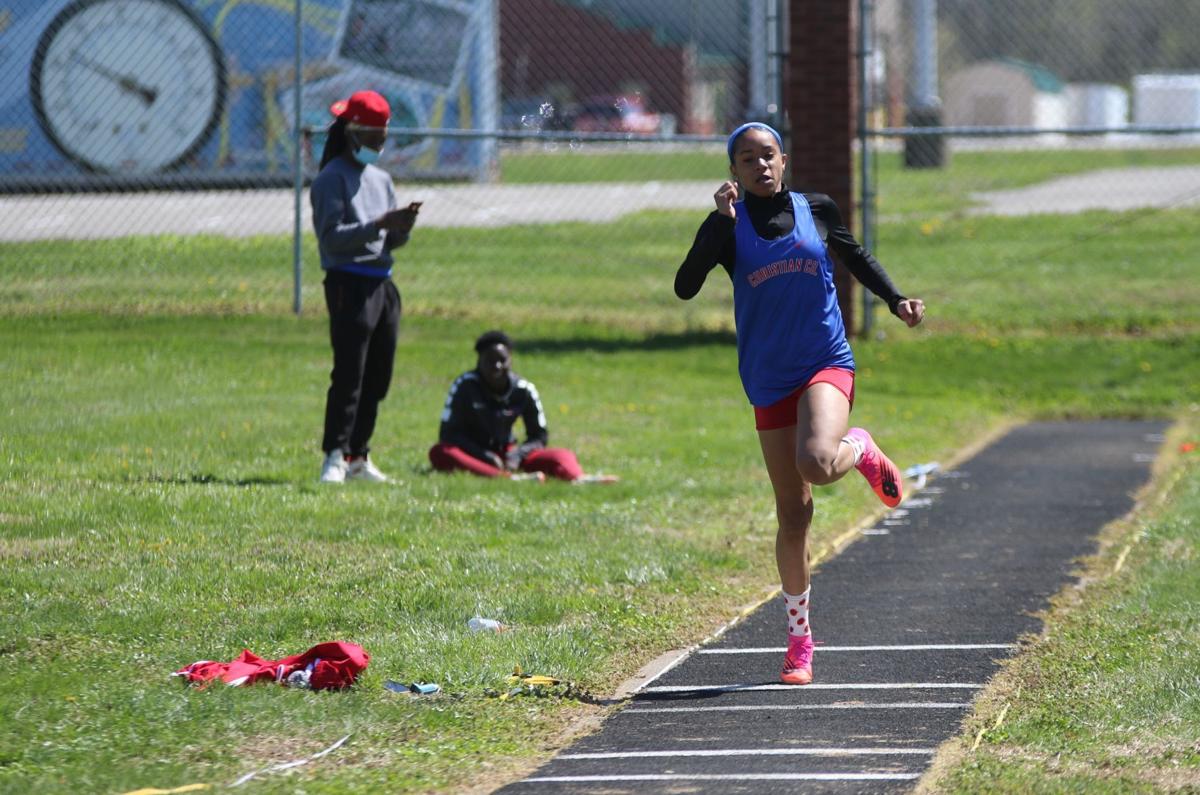 Christian County’s Autumn Bell begins her jump in the triple jump at the Good Friday meet at the Stadium of Champions.

Above left: Hopkinsville’s Chase Atkins runs during Friday’s meet at the Stadium of Champions. Above right: University Heights Academy’s Connor Dill jumps over a hurdle on Friday morning.

Christian County’s Autumn Bell begins her jump in the triple jump at the Good Friday meet at the Stadium of Champions.

Hopkinsville, Christian County and University Heights Academy took to the Stadium of Champions for a city meet on Friday morning.

All three teams went out and produced winners.

UHA won the overall event on the girls side, where Hoptown won the boys.

For Hopkinsville on the boys’ side, Zante Brown (110 hurdles), Dylan Skinner (high jump) and Kemaure Mumford (discus) came away with first-place finishes for the Tigers.

Also finishing in first was Chase Atkins. The senior took first in both the 800-meter and 1600-meter races.

Atkins said his day went much better than he thought it would given the conditions.

On the girls’ side, Allison Wood won both the 1600 and 3200-meter races, Lori Moyd won the shot put and discus, while the Lady Tigers came away with a win in the 4x100-meter relay.

For County, Autumn Bell continued her great start to the season, winning four events on the day (100, 200, long jump and triple jump).

“I think my hard work is paying off,” Bell said. “I think I ran my best times of the season today.”

A year after transferring from CSU, Husker OL Nouili has the look of 'a real dude'

Bell’s goal is to qualify in multiple events for the state meet.

“My goal this year is to make it to state in more than one event individually,” Bell said. “Not even to stay I’m a state champion, but just to say I made it there.”

UHA had a great day as well.

Individually, Julia Thomas won the high jump, Piper Hancock was victorious in the 800 and Evelyn Morales took home first in the 400-meter.

Morales competed in multiple track and field events on the day, and overall thought she had a good day.

“I came out in high jump and did really well,” Morales said. “For it being my third meet this year — I felt really confident about my jumps this year. Whenever I started running in the 400, I wanted to lay it out on the track in the cold and windy weather.”

Morales is focused getting better as the year goes on.