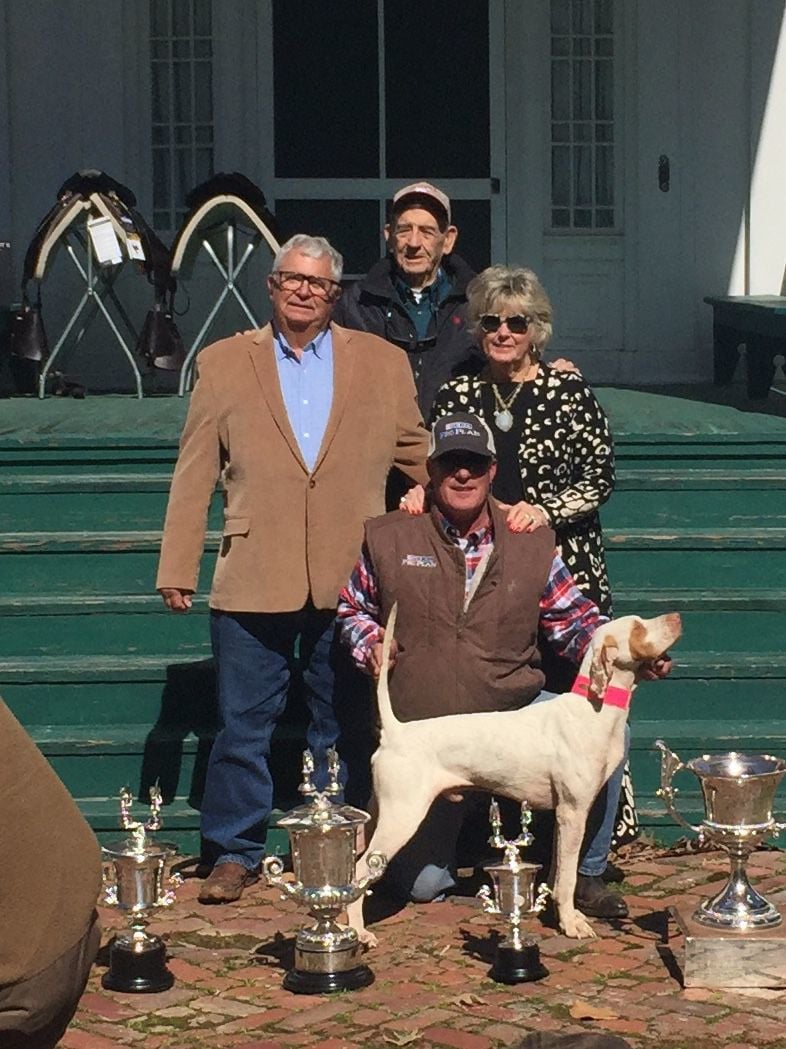 Gary Lester (middle left) poses with his wife Joy (middle right), his father Bill (back) and handler Mark Haynes (front) in front of trophies at Ames Plantation. For the fourth time in six years, Lester has won the National Bird Dog Championship. 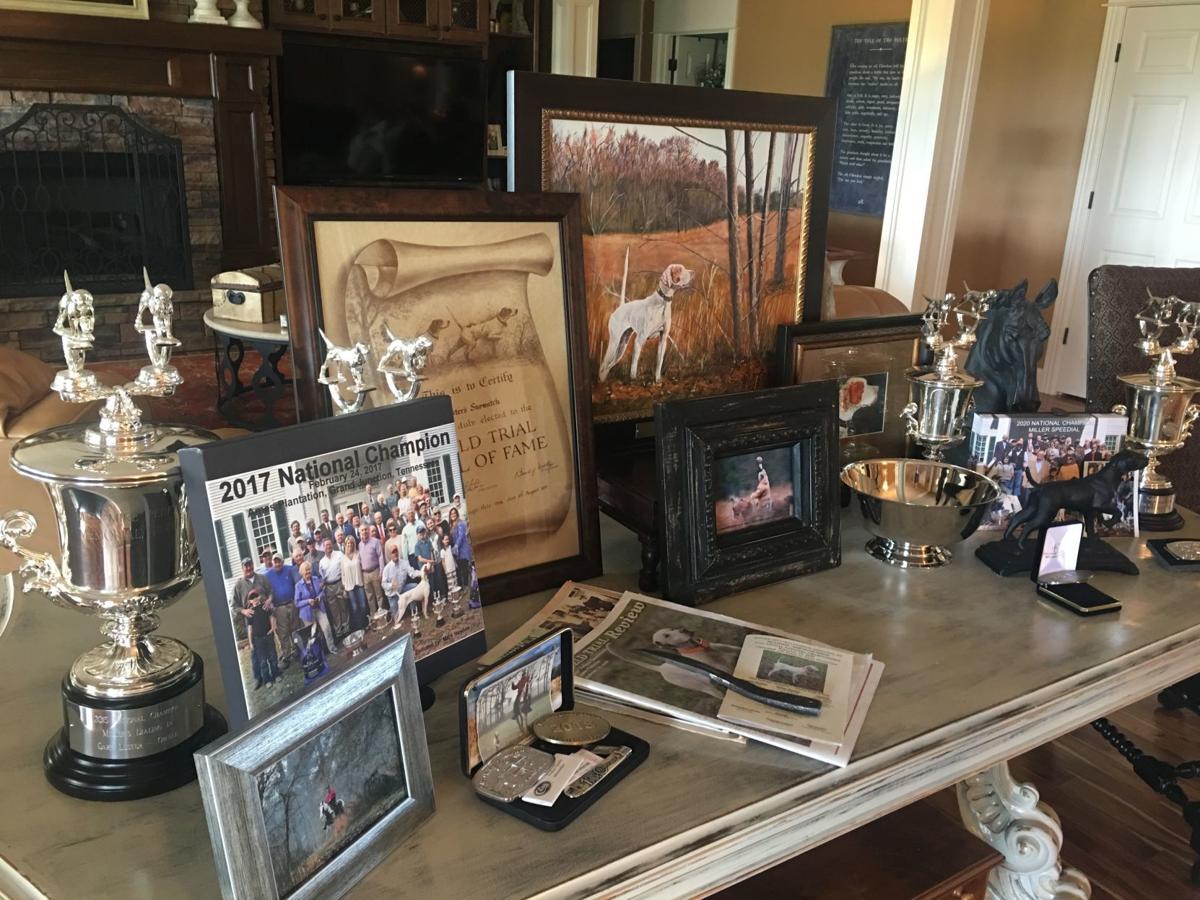 Gary Lester’s office is full of trophies, photos and memorabilia from his career competing in field trials. He will soon place his fifth national championship trophy down and put it on display in his house.

Gary Lester (middle left) poses with his wife Joy (middle right), his father Bill (back) and handler Mark Haynes (front) in front of trophies at Ames Plantation. For the fourth time in six years, Lester has won the National Bird Dog Championship.

Gary Lester’s office is full of trophies, photos and memorabilia from his career competing in field trials. He will soon place his fifth national championship trophy down and put it on display in his house.

Gary Lester uses bird dog trials as a hobby, but that doesn’t stop him from winning the biggest championship on the circuit.

Lester traveled to Ames Plantation in Grand Junction, Tennessee, and walked out with his fifth National Championship at the 121st National Bird Dog Championships.

The field trial season begins in September, but Lester, who is also a farmer, didn’t begin his season until most of his farming season was complete. He started getting ready for the championships and set his sight on the fifth crown (and fourth in the last six years) of his career a few months later.

“I start going to trials every year around the first of November,” Lester said. “The season actually starts in the first of September up in Canada and the Dakotas. Then it kind of moves south. I farm for a living so I don’t start until I kind of get done with most of my crops. I go pretty much nonstop from the first of November to the end of March.

“I do a lot of preparation in January and the first half of February for the National Championship in the quail plantations of south Georgia and north Florida.”

The competition is always tough, as most of the others that are competing at the national championship are in field trials during the entirety of the season.

“The guys I compete with — the great majority of them — this is what they do for a living,” he said. “They run other people’s dogs. It’s a hobby for me, but I really, really enjoy it and I work at it hard. … This year there were 36 dogs drawn to run at the National Championship.”

Lester and his team spent a majority of two weeks at the plantation competing in the competition and after all was said and done, Lester was on top for the fifth time in his career.

He said he has equal or more wins as about any other active opponent and said this fifth championship has a special place in his heart.

“I have really enjoyed each one of my wins,” Lester said. “I’ve won it with four different dogs. All the dogs have different personalities, different gifts and you just have to train to get the best out of each dog. This trial was especially special to me because Mr. Ferrell Miller owns this dog and he’s a good friend of mine and he taught me a whole lot about field trials. He’s 87 years old. Who knows how many more national championships he can go to. It’s really special with Mr. Ferrell.”

Winning his fifth championship with his fourth different dog running for him. Lester has had the opportunity to train his fair share of pups for the competition, and win with some of them as well.

He said he trains multiple dogs at a time and getting them ready to compete at the highest level is different with every one of them.

“I campaign about six to 10 dogs at a time but each of them has a different personality,” Lester said. “It just takes time to figure out what they’re really good at, what they’re not good at. Training a bird dog is like a coach with a 15- (or) 18-year old. There’s a lot going on in their heads. A lot of it is having them mentally prepared.”

Lester has already shifted his focus to the 122nd edition of the championship, as he is in the process of training more canines for the big event next year back at Ames Plantation.

“Our game is different,” he said. “They declared us champion on a Thursday and we were at another trial on Saturday … We’ve already qualified two dogs for next year’s national and we’ve got two more half-qualified. Our goal is to get as many there as we can and have them prepared the best that we can.”