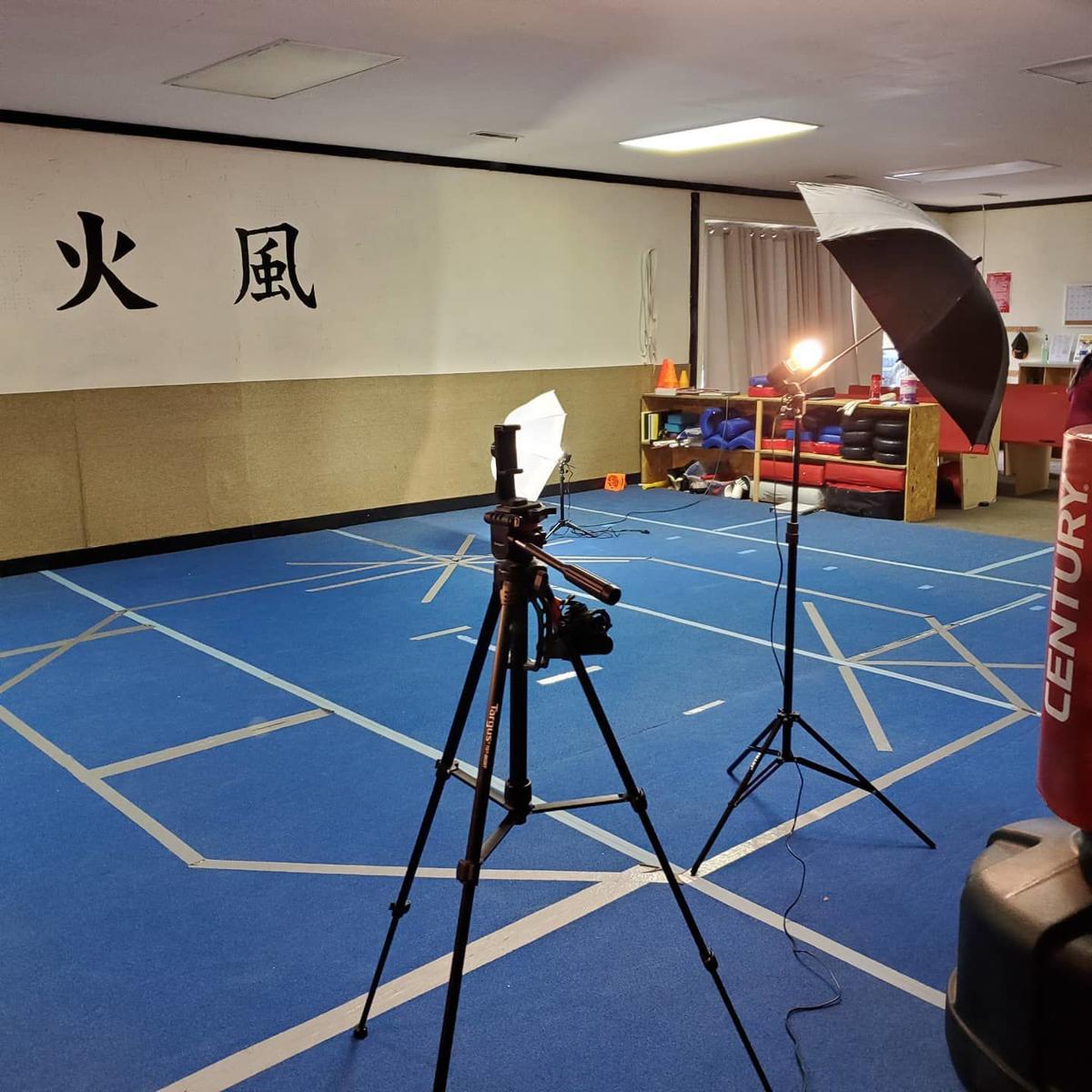 Elements of Self Defense in Hopkinsville is teaching martial arts classes via Zoom, a virtual meeting app. The streaming allows the dojo to continue to provide instruction to their students and keep money coming through the door as well. 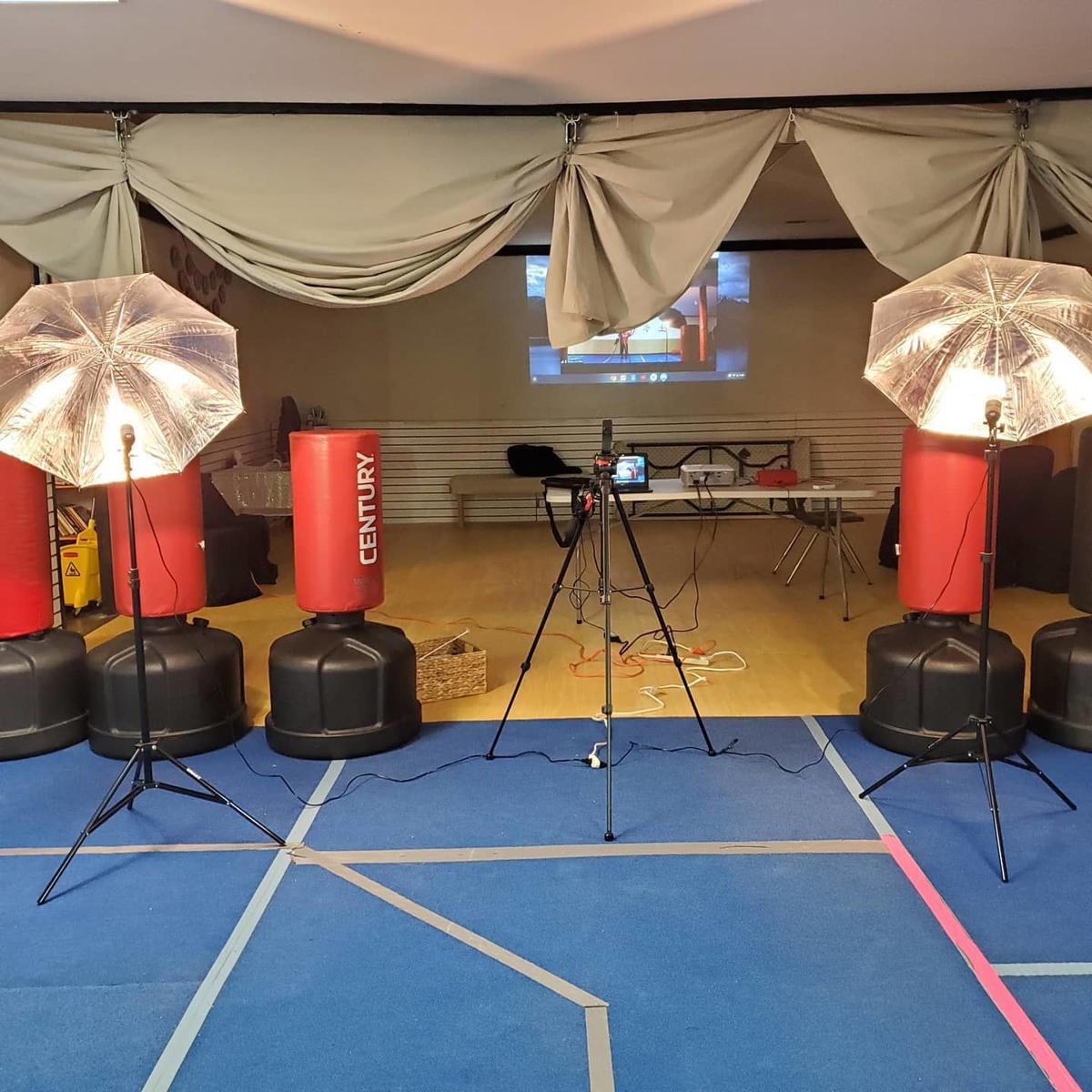 The dojo’s new live instruction setup gives teachers the space to instruct their students, as well as see the students on a projector screen and critique them as they follow their instruction.

Elements of Self Defense in Hopkinsville is teaching martial arts classes via Zoom, a virtual meeting app. The streaming allows the dojo to continue to provide instruction to their students and keep money coming through the door as well.

The dojo’s new live instruction setup gives teachers the space to instruct their students, as well as see the students on a projector screen and critique them as they follow their instruction.

Not only in Kentucky, but throughout the country, small businesses have suffered during the COVID-19 crisis.

Some worry about long-term stability due to their doors being closed, but the owner of Elements of Self Defense, a martial arts dojo in Hopkinsville, has found a way to continue business despite not being able to open his doors.

Lead instructor Dustin Huber has introduced a virtual dojo to his students’ daily lives, keeping a sense of normalcy in a time where everything is far from the status quo.

The classes have resumed in their normal time slots throughout the day, just on Zoom, a remote video meeting app, where Huber and his staff of teachers can still provide instruction to their students.

Huber said they have always had a virtual outlet in his dojo, but only on a smaller scale. Now forced to have the doors of the dojo closed, he has picked things back up where they left off, now teaching his students through the power of the internet.

“We have always had a virtual curriculum for our students because we have an app that they can go on and they can watch pre-recorded videos of myself of my teachers teaching the curriculum that way they could still access us if they were sick,” Huber said. “That’s when we started putting the plans in place for the actual live classes over the Zoom app face-to-face with our students.”

Huber said so far he hasn’t seen a big change in how many kids are in class virtually compared to in person.

“Overall, I’d say it’s pretty close to normal,” Huber said. “We have a few students that may live in rural areas that may not have fast enough connection to actually get on and everything. But we haven’t had anyone call and say, ‘This just isn’t going to work.’ ”

Martial arts instruction is best when the student and the teacher can be face-to-face, so the instructor can properly get the pupil into position correctly without the possibility of confusing them.

Huber said that has been one of the biggest obstacles to overcome since moving to the online format.

“Obviously martial arts is a very hands-on thing so I can’t be there and physically move an arm or a leg into the position it should be in,” he said. “A lot of our students don’t necessarily have anyone to train with. A lot of it is they’ve transitioned mostly to shadow boxing rather than having someone try to punch them or a bag to hit or whatever because most of the don’t have home dojos to train in.

“As far as being able to see them, we assumed that was going to be a problem because the biggest screen we have was like a 19-inch laptop screen to start with. What we’ve done to get around that is we hooked the laptop up to a projector so that we’re actually projecting the laptop screen to an 8-foot projection so we can see them a lot better.

“We’ve had to kind of tag team it. So if I’m going in front of the camera, doing the teaching and talking and everything, I have my team either at the laptop either answering the typed questions that they’re sending through the chat, or actually watching the screen so they can be right on top of the image to feed me information to feed out to the students.”

So far, the response from his students, as well as the parents, has been a good one, he said.

“The students seem to be loving it because being told they couldn’t come into the dojo was a major disruption to their normal schedule and everything,” Huber said. “When we rolled out the virtual — — the first day of class, we didn’t get anything done because they just wanted to talk to us and wave at us.

Throughout this pandemic, the negatives are easy to hone in on, but Huber, now with a full dedicated live streaming setup, said he’s planning on continuing his virtual classes even when all things have returned to normal.

With no clear end in sight to the COVID-19 outbreak, Huber said he is looking into the Small Business Administration loans the government has proposed, but the adaptation to an online approach to his teaching has definitely helped keep money coming in.

“The fact that we’re able to continue to do what we’re getting paid for, we predict that it will help us a whole lot financially,” Huber said. “The parents will be willing to pay the tuition of the virtual classes as well until this is all settled out. If we’re locked up like this for six months, that might be a different thing, but right now, the parents are happy to continue doing that.”