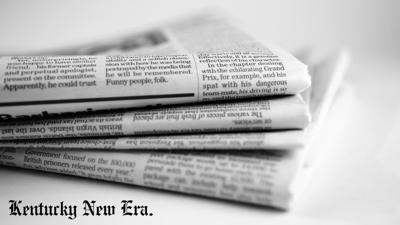 Nicholas Sandmann, center left, stands in front of Native American activist Nathan Phillips, who is singing and playing a drum on the steps of the Lincoln Memorial on Friday, Jan, 18, 2019. The encounter went viral on social media as a seconds-long clip circulated with more than 2.5 million shares and was picked up by major networks and outlets. The longer video of the event suggests that the clip did not portray the story in its entirety. (Video still from social media)

It’s been an incredibly confusing and overall bad week for American journalism.

Last Friday, a group of students from a Catholic school down the road in Covington, Kentucky encountered Vietnam-era veteran and Native American activist Nathan Phillips along with a handful of others on the steps of the Lincoln Memorial in Washington, D.C.

A video clip that went viral on social media suggested that Nick Sandmann, a student in attendance for the annual March for Life pro-life rally, provoked Phillips and a face-off ensued.

Many major news outlets took the bait, including but not limited to outlets in and around our region. One of the many shares of the video on Twitter has 2.5 million views. Every major network aired the seconds-long clip of Phillips face-to-face with Sandmann, beating a drum in rebuke of the boy who is shown staring, grinning and wearing a red cap emblazoned with the words “Make America Great Again.”

It was the perfect recipe for a viral news report and social commentary.

Except that it wasn’t.

The longer video, roughly an hour and a half, and other footage from the same event show a third-party–four individuals identified as belonging to Black Hebrew Israelites–who began shouting insults and obscenities at the group of students who were meeting in their designated meetup spot after participating in the March for Life event.

Phillips claimed he was merely trying to diffuse the situation when some of the students began to shout obscenities toward him.

That is believable, and the video evidence supports that assertion. There were several young men yelling at and taunting Phillips and his group. However, Sandmann is shown only standing and later turning and walking away.

But the 24-hour news cycle never sleeps. And in the digital news world, many find it most important to be first and worry about being right later. So, the story grew, and the misinformation was perpetuated.

It culminated in competing TODAY show interviews with Sandmann and Phillips, each discussing who owes whom an apology. Sandmann, a 16-year-old high school student, is now forever known as the “MAGA Hat Kid” and is either hailed as a martyr or condemned as a bigot depending on how many interpret the story.

In reality, he stood still and smiled uncomfortably. Assumptions were made about his convictions based on his proximity, hat and facial expression, but that’s not proof positive of anything.

To make matters worse that wasn’t the only journalistic blunder this week.

The problem, every single source was unnamed and speaking on condition of anonymity.

Unnamed sources have their place in the work of journalism, but only if the reporting is of the highest importance, impact and interest to the general audience the publication reaches, and the journalist knows the sources are credible.

I have no way of knowing if the sources were credible, but an attack on an injured player whose team is no longer in contention during their early offseason is in no way impactful nor is it important.

As we say in Rotary, it sure didn’t pass the Four Way Test.

Wentz’s teammates rushed to his defense, as did his coaches from all stages of his life and the charitable organizations and communities that he serves. None of the character assassination is or was credible.

But, it got clicks.

This column isn’t about the events in Washington or Philadelphia over the last week, they only serve as a pretext for a larger concept – that journalism as an institution is in trouble.

Society has blurred the lines between entertainment content and reporting.

I often say, if the person’s name is in the title of the show it’s not journalism, it’s commentary.

We have forsaken the pursuit of truth in exchange for clicks and pageviews.

I sat in a room of newspaper professionals once and heard a colleague exclaim, “But clicks are currency!”

They’re not in the business anymore, but nothing could be further from the truth – the truth that journalism is to work in service of; the only industry granted agency by the First Amendment to the United States Constitution.

The truth is that digital disruption has caused our business to adjust and evolve and find new ways to fund our enterprise – clicks sure aren’t making many of us any money nor paying many journalists’ wages. (Thanks for clicking to read this article. I sincerely appreciate it, but I promise you that I've not gained a monetary increase because you did.)

Fun Fact: It’s estimated that for every dollar spent on a digital platform, 90 cents of it will wind up in the pockets of Amazon, Facebook or Google.

Google even places advertising on this website. Our publication earns a fraction of a few cents each time an ad leads a reader to click through to another website. It doesn't cover the cost of launching, hosting and maintaining a website, though. The tech titans are not interested in funding journalism’s mission, I can assure you – especially not local outlets.

Your community newspaper, though, takes its mission, and the greater charge of American journalism, very seriously.

When you read a report in this newspaper (or on this website) with a local byline, written by someone you share your gym, church or grocery store with, you can be assured that it has been researched, corroborated and vetted before publication. It will be accurate, and it will be fair.

With all of the crazy in the news today, some of it the news’ own doing and self-inflicted wounds, I wanted to use this opportunity to thank you for reading your community newspaper.

Your support has never been more important.

In the digital news world, many find it most important to be first and worry about being right later.

When you read a report in this newspaper (or on this website) with a local byline, written by someone you share your gym, church or grocery store with, you can be assured that it has been researched, corroborated and vetted before publication. It will be accurate, and it will be fair.

I have to write

I have to write. It's how I express myself and what I’m feeling. Words and characters, strung together in deliberate order, are the means by which I decompress and bring myself to fully understand the world around me.

Fun Fact: It’s estimated that for every dollar spent on a digital platform, 90 cents of it will wind up in the pockets of Amazon, Facebook or Google.