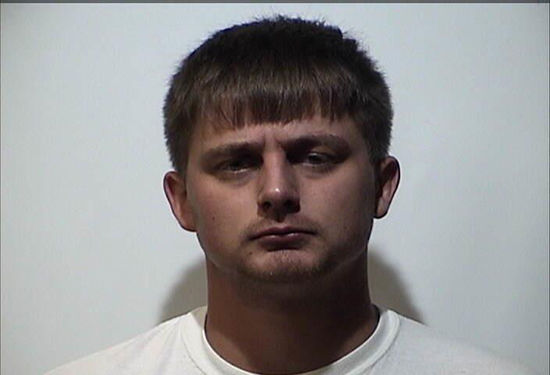 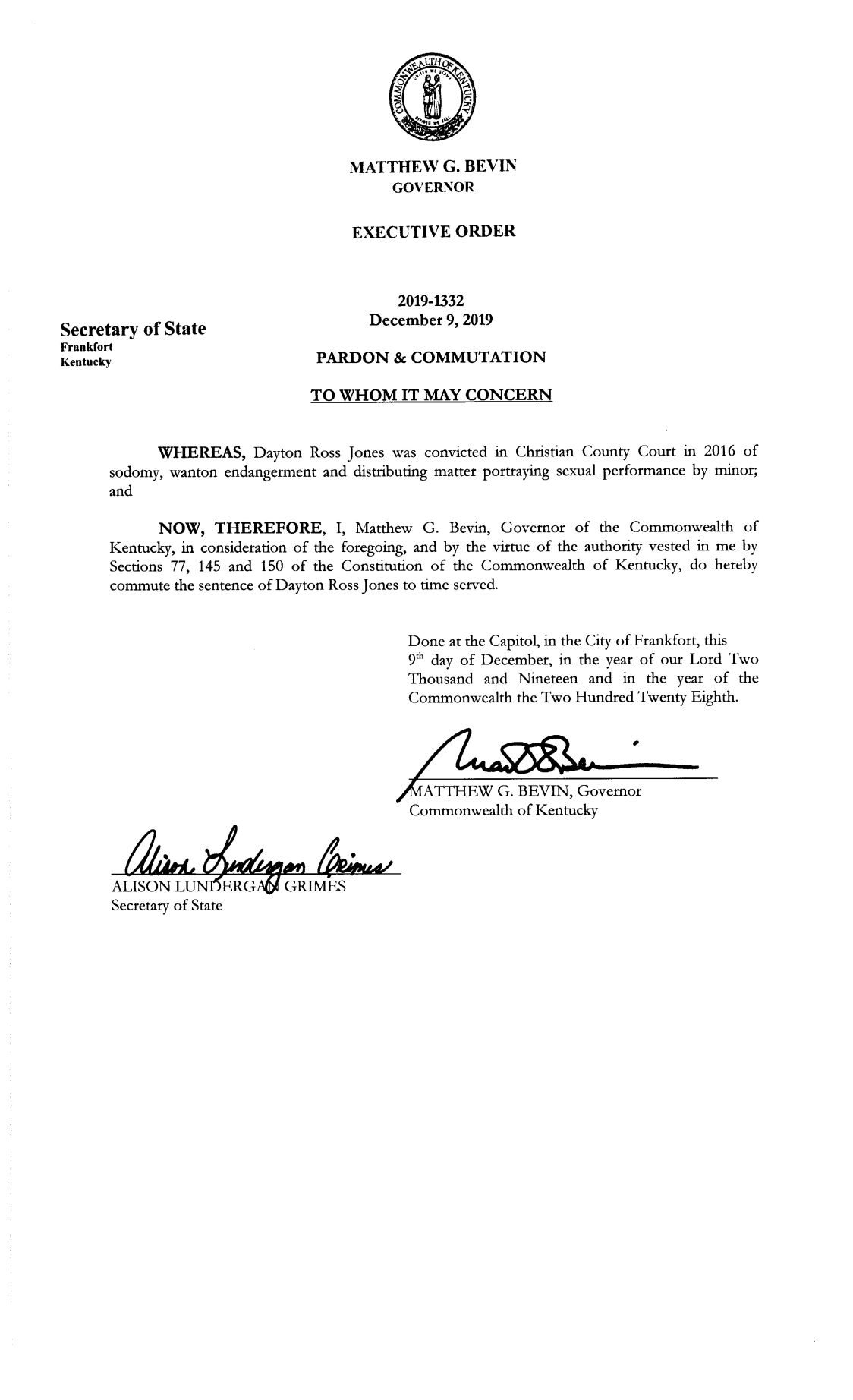 As one of his final acts in office, former Gov. Matt Bevin commuted the sentence of Dayton Jones to time served by executive order. The executive order gives no reason for the commutation.

Although the official executive order currently released only mentions a commutation, the Secretary of State’s website says the former governor granted “an unconditional pardon to Dayton Ross Jones.”

The website also states that “(d)ue to the volume of final actions by Governor Bevin, documents are still being processed.”

The pardon was granted on Dec. 9 and filed Dec. 11. The full text of the pardon has not yet been released.

According to New Era archives, Jones pleaded guilty Aug. 22, 2016, to first-degree sodomy, first-degree wanton endangerment and first-degree distribution of matter portraying a sexual performance by a minor. In November 2016, he was sentenced to 15 years in prison with no possibility of probation and a lifetime requirement to register as a sex offender upon release.

Jones, Colton Cavanaugh, Tyler Perry and Samuel Miller all pleaded guilty to the Oct. 12, 2014, sexual assault of a 15-year-old who was sodomized with a sex toy during a party. The boy suffered severe internal injuries as a result of the attack. It was also captured on video and shared on social media.

Miller pleaded guilty to complicity complicity to first-degree wanton endangerment, complicity to tampering with physical evidence and distribution of matter portraying a sexual performance by a minor and was sentenced to 13 years in prison. He was eventually released on shock probation.

There are currently no executive orders on the Secretary of State’s website regarding Cavanaugh, Perry or Miller.

BOLING: 'I am not resigning.' Crowd gathers to rally for Boling’s resignation