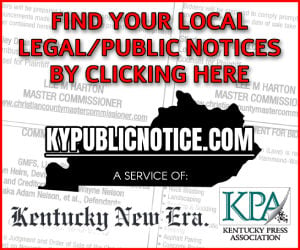 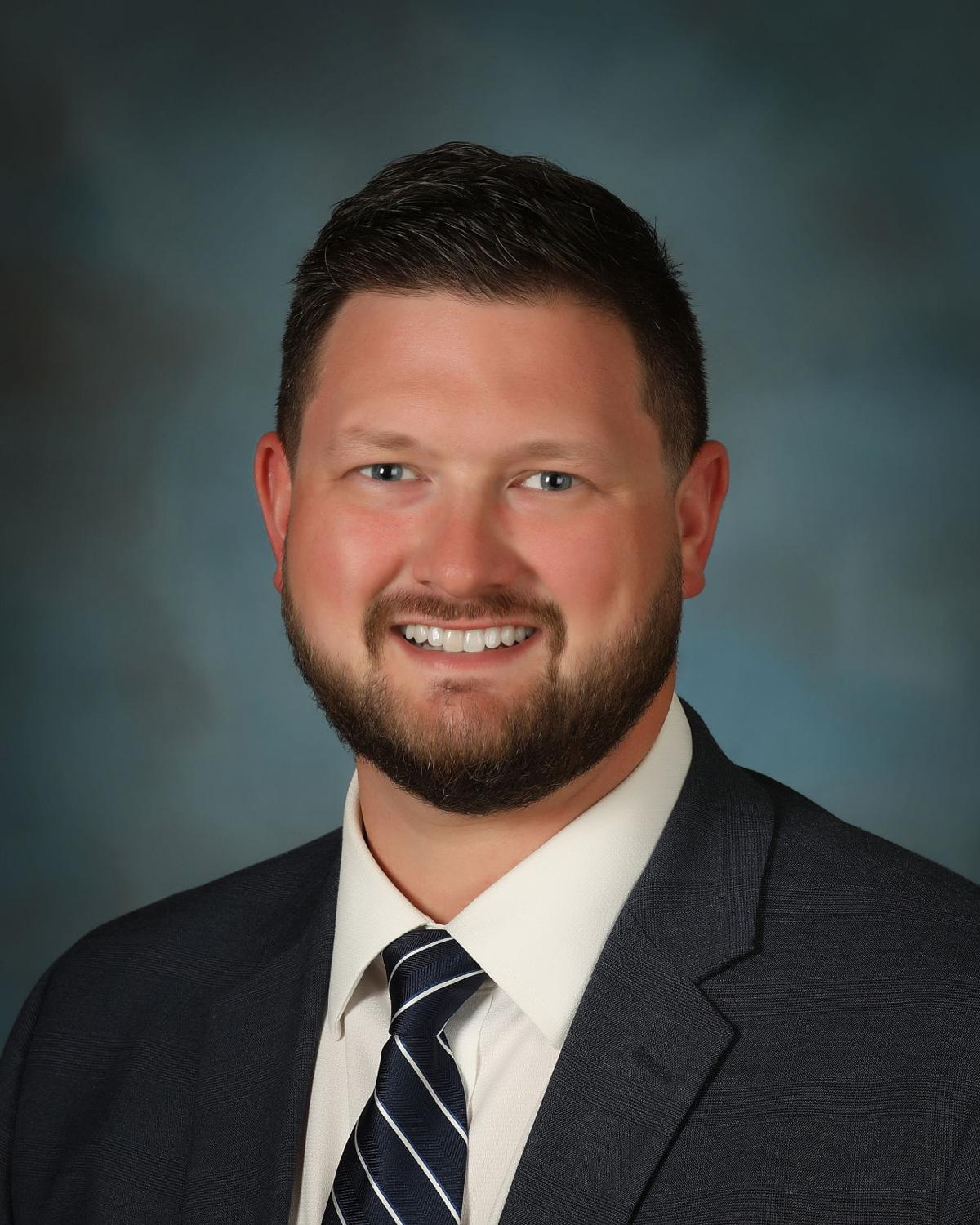 +1
Note: This is the opinion of the writer and not necessarily of the Kentucky New Era. Let the community know your opinion about this topic and others by submitting a "Letter to the editor."

The General Assembly is currently in session, and that means every resident of the commonwealth needs to be paying attention to what is going on in Frankfort.

Of course, the point of any legislative session is to openly debate ideas and produce policy that is in the best interest of the commonwealth and all who live, work and play in Kentucky. Such discussion, even of bad policy, is good and needed. But inevitably each year, legislation that is bad for Kentuckians is proposed and somehow still gains traction.

House Bill 195 is a bad bill and I encourage every taxpayer from Ashland to Paducah to call on their representatives to object to its passing.

HB195, sponsored by Rep. Jerry Miller (R-Louisville) seeks to eliminate public notice advertising from community newspapers which serve as the legal organs and papers of record in the communities which they serve. Instead, HB195 allows government agencies across the state to post said notices on their own individual websites.

This bill is bad policy for a number of reasons.

First, there are far too many agencies involved for this solution to be viable. In Christian County alone there are multiple municipalities and townships with several agencies under their umbrella: School boards, county government, emergency services, etc.

Instead of having access all in one place, an inquiring citizen would need to spend countless hours each day chasing down each agency’s website to view the individual meeting notices, requests for proposals, bid requests, etc.

The proposed solution is inefficient at best and a train wreck for transparency.

Third, this proposal severely restricts access to public information. Nearly one in five Kentuckians are without reliable access to an internet connection.

Furthermore, many smaller cities and government agencies do not have websites, or do not regularly update them. Much of rural Kentucky still lacks reliable broadband access and would not have a vehicle to view public notices inside the parameters of this proposal.

It should never be the goal of the legislature to create a less informed electorate.

Finally, the impact of this legislation would be a formidable blow to many smaller community newspapers around the state. In smaller communities the revenue gained from legal advertising is the lifeline of the local newspaper and translates directly into local jobs.

As a result, smaller community papers would literally be put out of business, and mid-sized communities would have to make tough decisions about what products and services to scale back due to no longer having the revenue to support them.

The proponents of this legislation argue two points. They say that it is more efficient to place these notices online and that it will save government agencies money needed to put toward other priorities such as pension obligations.

Unfortunately for fans of this bill, the proposed legislation accomplishes neither.

Newspapers across Kentucky are already putting public notices online in real time and doing it in a better way than proposed by HB195. Anyone can visit kypublicnotice.com to view up-to-date public notices from across the state.

With each edition published, member newspapers of the Kentucky Press Association feed the public notice advertising in each edition to this free resource available to anyone, anywhere in one spot as opposed to countless locations. A link to this service is prominently linked on our newspaper’s website.

As far as saving local government money so they can clean up Frankfort’s mess in the ongoing pension crisis, that is a farce.

A study completed in October 2016 by the Legislative Research Commission’s Program Review and Investigations Committee and coordinating LRC staff, found that on average a public agency spends only one percent of its operating budget on publishing these notices in local newspapers.

Research Report No. 431 proves the cost is not at all exorbitant though some would have you believe that. The legislature’s own research shows that this is a bad idea.

In fact, crippling local businesses with this move could backfire across the state.

Many small newspapers across Kentucky can show that they pay quite a bit more in local taxes — property taxes, payroll taxes, other local taxes — than what they receive from publishing public notices. Putting them out of business would actually cost their local governments money.

The Kentucky League of Cities and Kentucky Association of Counties would do well to understand this math equation.

More than one legislator has mentioned to me that the state government should not be in the business of subsidizing private enterprise. That’s an argument I’ll begin to hear when Frankfort discontinues practices such as $15 million in seed money and exorbitant tax breaks for their buddy’s businesses.

Not to mention, without a watchdog in the community keeping an eye on those in power the temptations of corruption abound.

It is rumored that this bill will begin to make its way through committee the first week of February. Now is the time to speak up.

I implore you to reach out to your representatives in Frankfort and let them know that this proposal is a non-starter for you. Make it a point to call your representative at their legislative office by dialing 1 (800) 372-7181 and ask them to vote against this ill-advised bill should it pass through committee.

The proponents of this legislation argue two points. They say that it is more efficient to place these notices online and that it will save government agencies money needed to put toward other priorities such as pension obligations.

Unfortunately for fans of this bill, the proposed legislation accomplishes neither.

Uphold the right to know