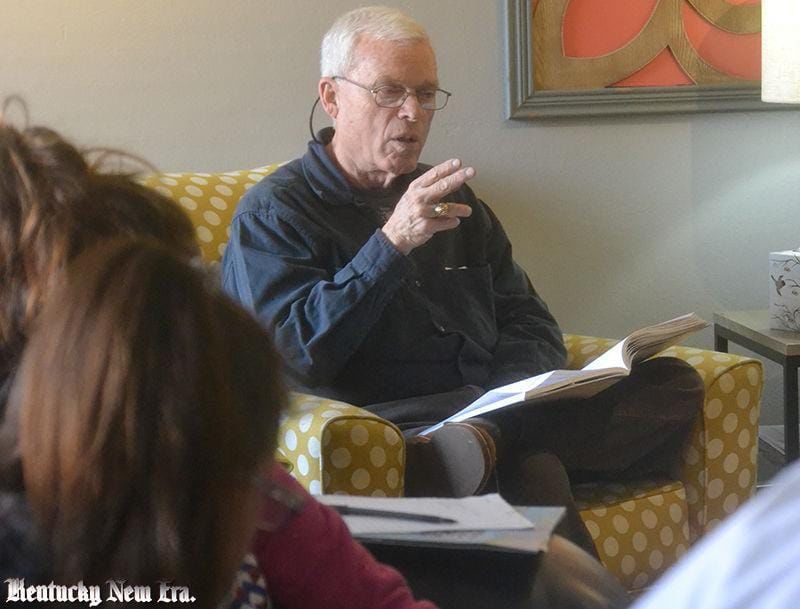 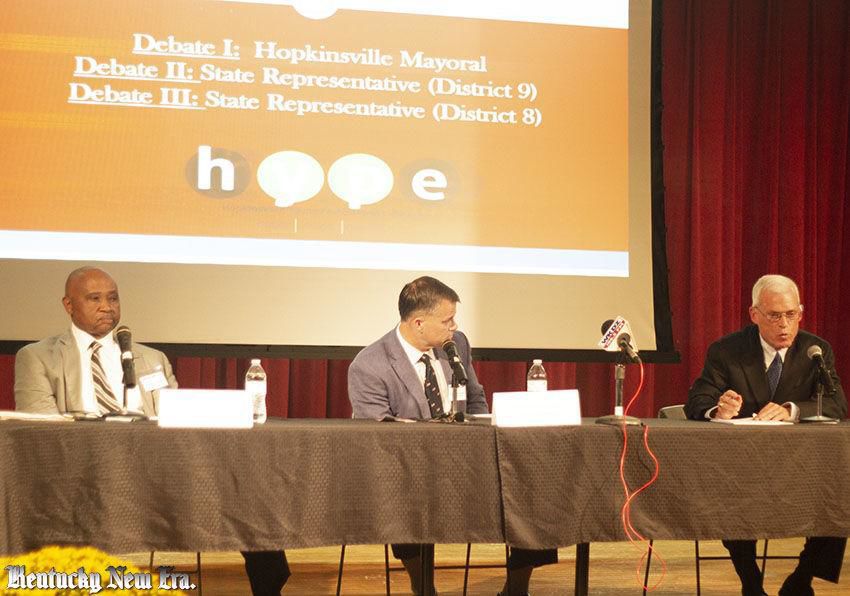 Wally Bryan (far right) participates in a debate in 2018 with another former Hopkinsville Carter Hendricks (center) and candidate Walter Shamble. 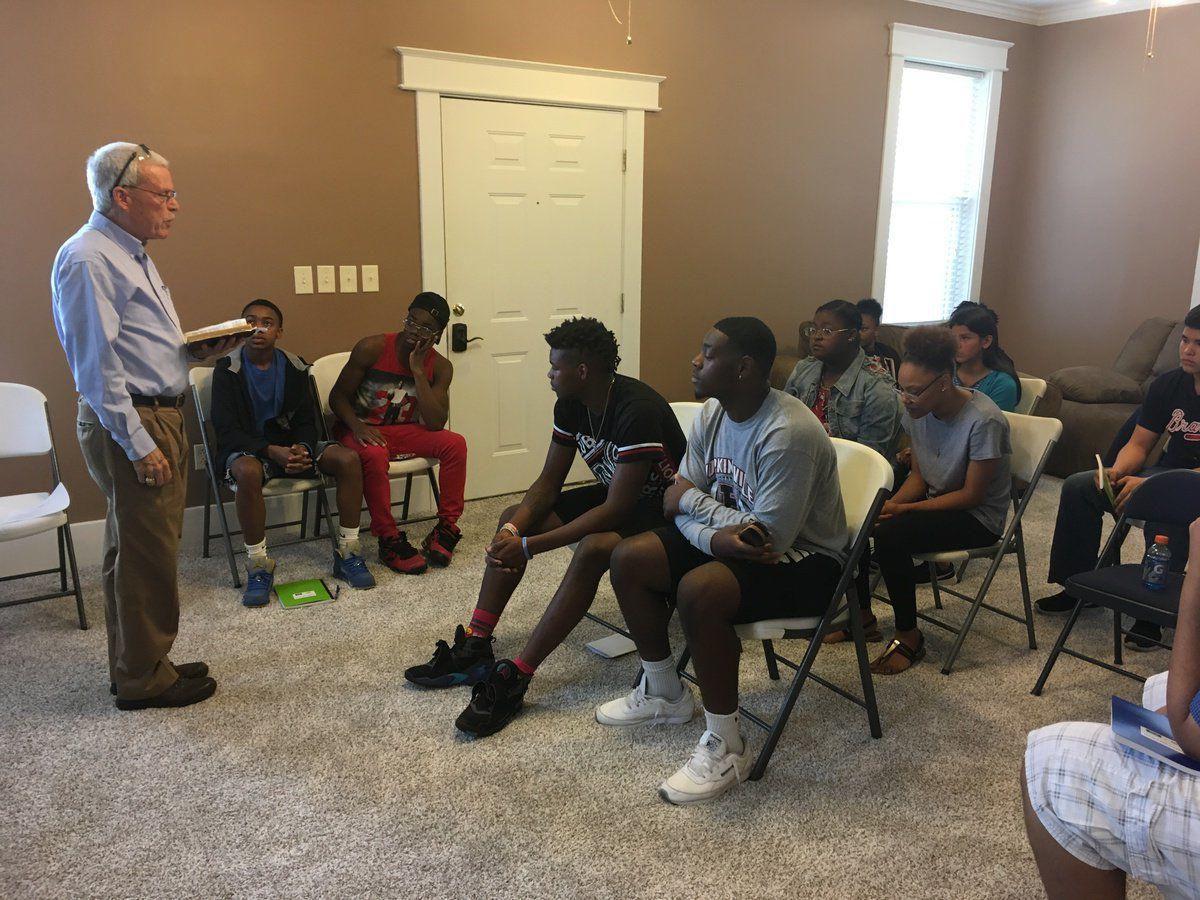 Wally Bryan talks to teenagers at a Challenge House in 2019. 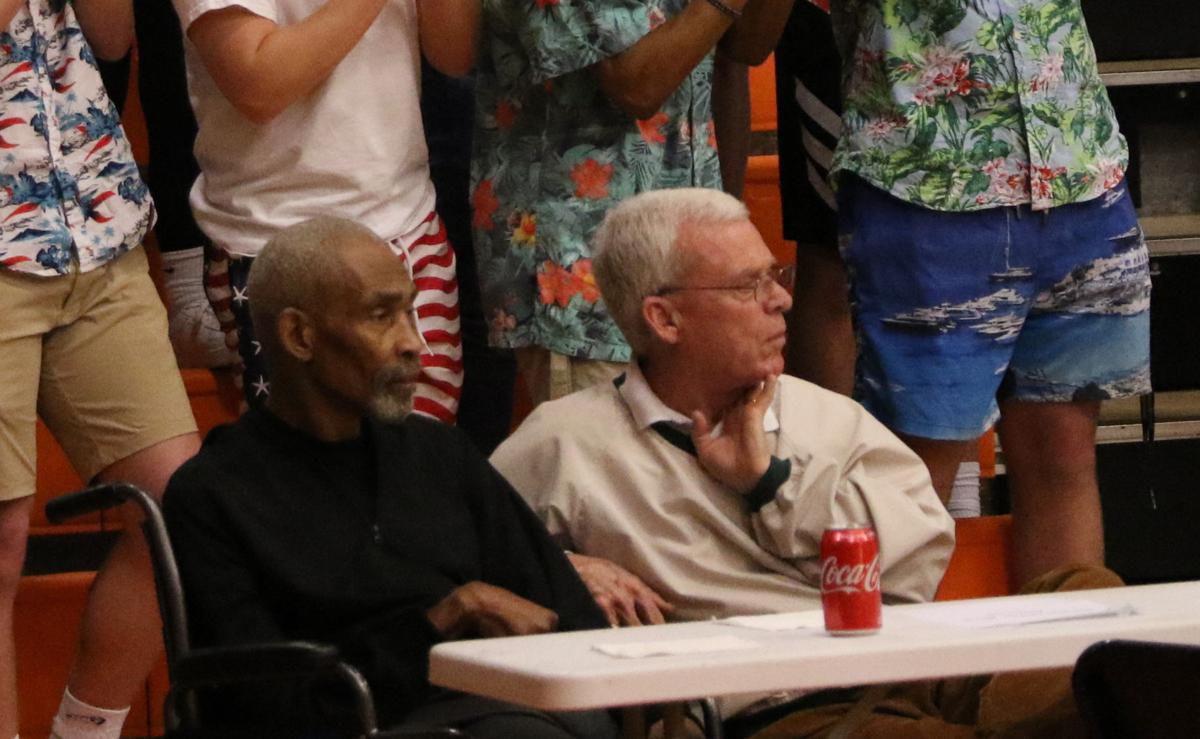 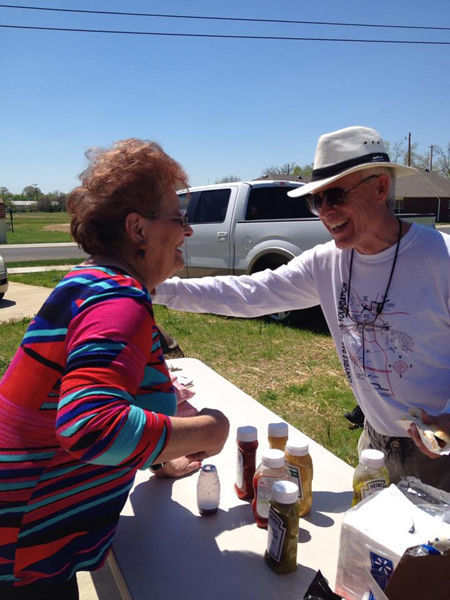 Portia Ezell talks with Wally Bryan at a Challenge House barbecue in 2014.

Wally Bryan (far right) participates in a debate in 2018 with another former Hopkinsville Carter Hendricks (center) and candidate Walter Shamble.

Wally Bryan talks to teenagers at a Challenge House in 2019.

Portia Ezell talks with Wally Bryan at a Challenge House barbecue in 2014.

His wife, Mary Bryan, confirmed his death with the New Era early Thursday, and offered to answer questions via email later.

According to an Active 911 alert, family members of Bryan called EMS around 3:45 a.m. Thursday telling dispatch that he was unresponsive with labored breathing and had no current illnesses.

No other information has been released at this time.

After leaving the mayor’s seat, Bryan went back to his career in the classroom, teaching political science and economics at Christian County High School in 2001.

Bryan — the son of the late W.W. “Bill” Bryan and Linda Wood Bryan — held a bachelor’s degree in business and economics from the University of Kentucky and pursued a master’s degree in public administration at Murray State University, according to New Era archives.

He started his teaching career in the 1970s at Christian County Middle School and also worked as a substitute teacher at Hopkinsville High School.

In 2004, Bryan sold his home on Alumni Avenue to move into an apartment at the corner of East 18th and McKee streets. According to New Era archives, he moved to the predominately black neighborhood to try to bridge the gap between race, culture, economics and history.

“I should have done this a long time ago,” he said at the time. “This is my dream. This is my life now.”

Bryan, 57 then, was in the early phases of founding Challenge House Inc., which is a nonprofit mission seeking to revitalize and provide resources to the inner city.

Bryan’s mission was to purchase and remodel a house in the six inner-city neighborhoods of town and offer faith-based work and educational programs to residents. He founded seven Challenge Houses.

Through the nonprofit, which now is governed by a board of directors, neighborhood ambassadors live in the seven homes where they organize free outreach programs such as the Youth Attitude, Training and Teamwork summer program as well as adult job training, Bible study, tutoring and more.

In 2004, Bryan received the Innovation Adult Award during a ceremony for the Governor’s Volunteer Awards. According to archives, Bryan was recognized because of his efforts to establish the Hopkinsville-Christian County Boys and Girls Club at the Walnut Street Center.

In its first year of operation, the REZ committee concentrated on demolition of dilapidated housing and litter clean up for an immediate visible impact. The city budgeted $500,000 to Inner-city REZ for five years.

At the 2009 Hopkinsville Mayor’s Unity Breakfast, Bryan received the Unity Award, which recognizes someone who contributes to the spirit of unity and collaboration essential to promoting fairness and equality among all citizens.

Bryan could often be seen crossing East Ninth Street to get to Coffee Connection where he would lead Jobs for Life sessions and converse with the people who gather there.