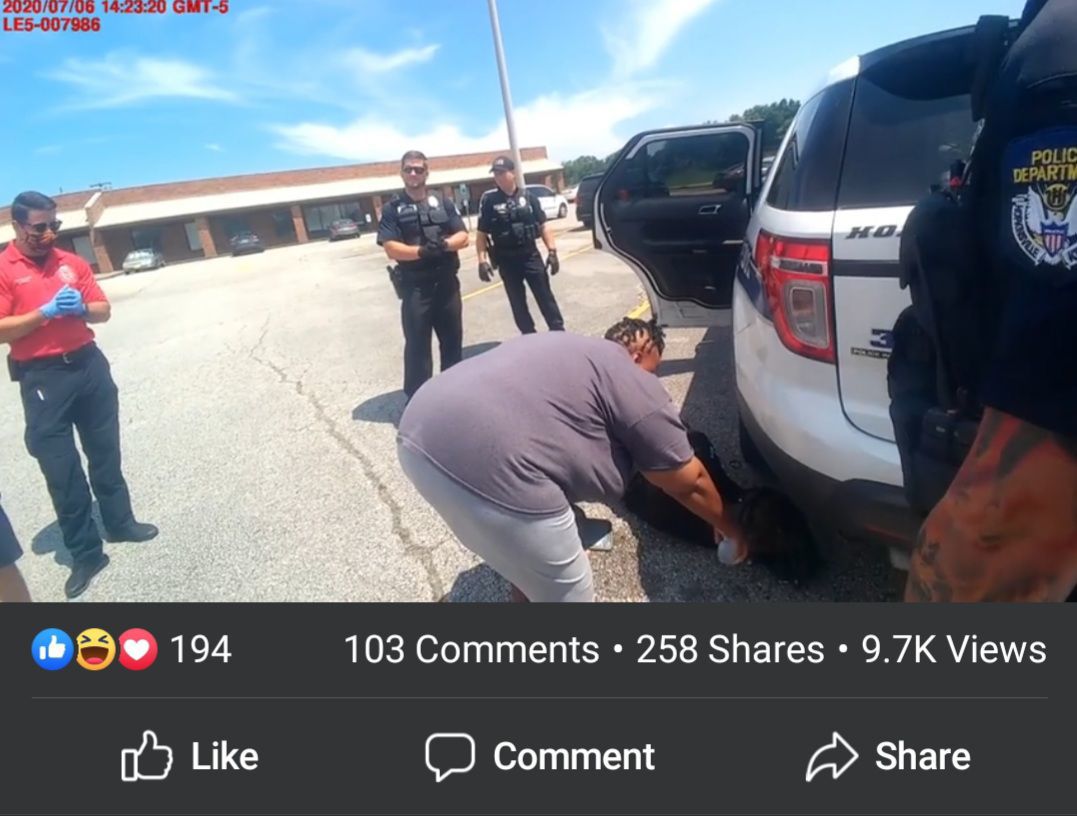 This screen grab at 32 minutes into the body camera footage shows a woman identified as Anthony T. Gaines’ aunt giving him water he asked for during a Monday arrest by Hopkinsville Police Department on North Drive. 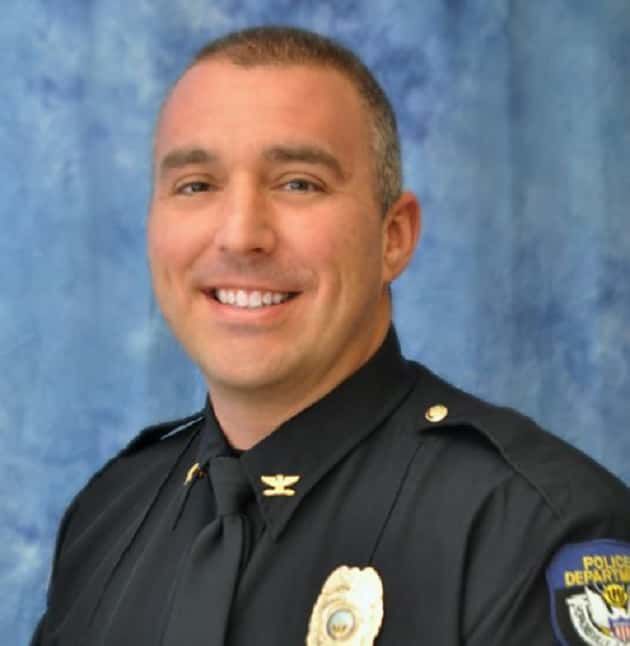 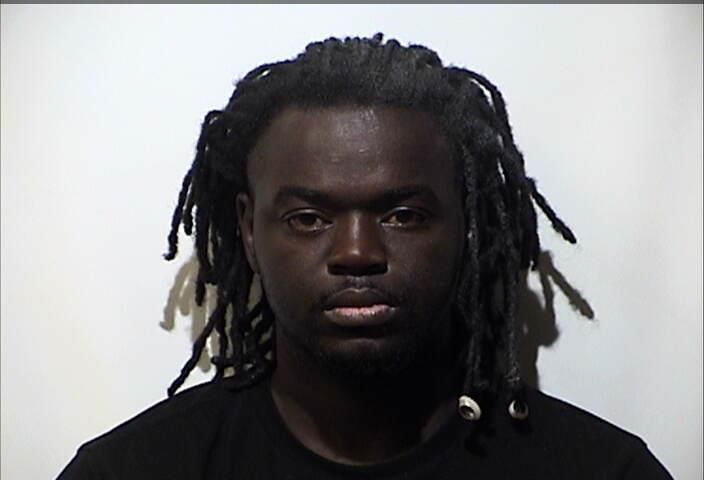 Hopkinsville Police Department arrested a man Monday afternoon, and a citizen’s video of the arrest was shared on social media, leading Police Chief Clayton Sumner to make a statement and release the officer’s body camera footage on HPD’s Facebook page.

According to the police report, Anthony T. Gaines, 30, Hopkinsville, was arrested shortly after 2:30 p.m. Monday after dispatch received a call about a disturbance.

Officers first made contact with Gaines who was the passenger in a vehicle that was allegedly involved in the disturbance call on the 100 block of Big Blue Court.

During the traffic stop on North Drive, Gaines is asked to exit the vehicle after dispatch said he had an outstanding warrant out of Tennessee, the report states.

Gaines was detained and searched by officers who reportedly found a red box with a small bag of methamphetamine inside.

The report states Gaines then ran from police on foot before he fell and was apprehended.

While four officers attempted to put Gaines into the police car, he refused and allegedly bit an officer on the leg.

Gaines allegedly told police he consumed meth prior to their arrival, the report continues.

A 41-minute body cam video posted to the HPD Facebook page shows the encounter, starting with Gaines explaining to officers what happened prior to their arrival for the disturbance call.

The body cam video shows when officers find the red ring box and when Gaines attempts to flee, eventually falling while trying to get away.

The video continues as officers try to pick him up off the ground and put him in the police cruiser. Gaines screams “you banged my head on the door” and yells for someone named Debo to “call my lawyer.”

On the next attempt to put Gaines in the car, video shows him wriggling out the door back onto the ground.

Officers briefly respond to an onlooker, “He won’t get in the car.”

The struggle to put Gaines in the car continues, with officers asking him to get in the car and Gaines yelling “they going to kill me” and “black lives matter.”

He then asks for an ambulance and one officer says he will call one. He asks for water and the driver from the vehicle Gaines was in hands a bottled water to the officer to take to Gaines.

Officers search his bags, finding hair products, notebooks and what appears to be a pipe, which went into evidence with the baggie of meth.

An ambulance arrives along with a woman identified as Gaines’ aunt who tries to give him the water and tells him to get up off the ground.

Gaines talks to an EMT, explaining that his head and scalp hurts from falling and hitting the cruiser door and that his ankle was twisted during the arrest.

The EMT offers to turn him over to get him off the hot asphalt and to put him on a stretcher. The video ends with EMTs picking him up.

A statement from the police chief accompanies the body cam video on Facebook, stating in part:

“For everyone that knows me personally and/or professionally you know I firmly believe in having a police agency that is transparent,” Sumner said. “And if we are wrong then we admit our short comings and learn from them and improve. However, at the same time when there is a situation like the videos attached with this post where people are attempting to cause hate and discontent at the cost of the men and women of this agency I am not going to be silent about that either!

“So allow me to (continue) our pattern of transparency while laying out the factual information of the video circulating social media of an arrest earlier today ... After seeing the video circulating of the arrest on social media along with many of the comments. As well as understanding the tone of the country as it relates to law enforcement and ararrest, I wanted to be certain to get the factual information out as quick as possible. The fact in this incident is that the officers dealing with Mr. (Gaines), handled themselves professionally and followed the law, policy and procedures. This is NOT an example of something officers have done wrong,” Sumner continues.

”As much as it is my responsibility to discipline officers when they do not follow policy or procedure. It is also my job to stand up for them when they have done nothing wrong! And that is the case with this encounter!”

Gaines was taken to Jennie Stuart Health and then to Christian County Jail. Gaines was arrested on the strength of a fugitive from another state warrant out of Sumner County. Gaines was also charged by HPD with resisting arrest, fleeing (second degree), possession of a controlled substance — methamphetamine and assault of a police officer (third degree).