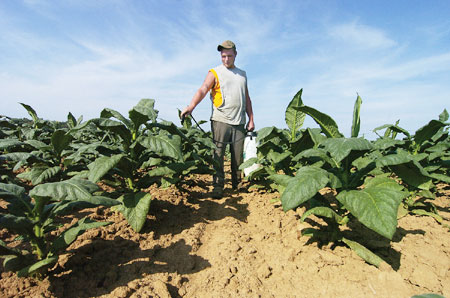 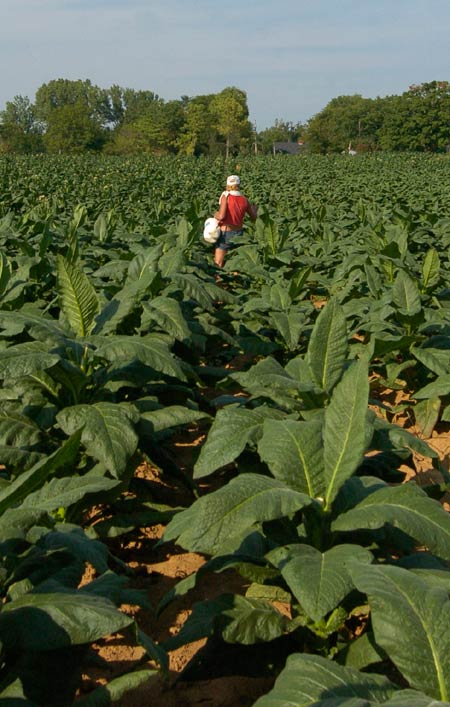 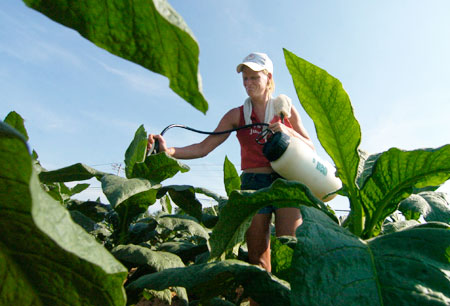 No one knows that better than Randy and Gwynn Hale, who have 15 acres of dark tobacco cooking in the fields that surround their Princeton Road home a few miles west of Hopkinsville.

Workers who go into Kentucky tobacco fields this week to “top” plants — a method that enhances leaf growth on the plants — will endure some of the region’s toughest conditions as the heat index tops 100 degrees.

The crew at the Hale farm spent a few hours in the field Monday afternoon but planned to return early this morning so they could avoid dangerous heat levels predicted this afternoon.

The National Weather Service has issued a heat advisory for western Kentucky through Wednesday evening. Today’s high will approach 100 degrees and the heat index — which measures how hot it feels — could be as high as 107 this afternoon. The heat index will be as high as 109 on Wednesday, according to the NWS forecast.

Temperatures in Christian County have topped 90 degrees every day since July 21, according to climate information collected at the Kentucky Mesonet center in Hopkinsville.

Randy Hale, 49, who grew his first tobacco crop  when he was 15 years old, has been using an irrigation system this summer to keep his crop from burning up in the field. It has been too hot and too dry this year for tobacco. The rain gauge in his backyard has recorded only 2.2 inches of precipitation since June 10.

Without the irrigation system, Hale said his tobacco crop would have been marginal.

A few miles down the road at his father’s Witty Lane farm, a soybean crop is fading.

“I don’t think they will make anything if we don’t get rain this week,” he said.

Workers will cut the tobacco at the Hale farm in a couple of weeks.

Randy Hale said he’s going to pull the crop through with the irrigation system. Now he has his fingers crossed that a hailstorm won’t hit the field before he can get the crop into the barn.