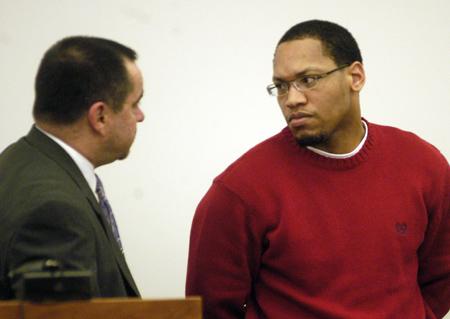 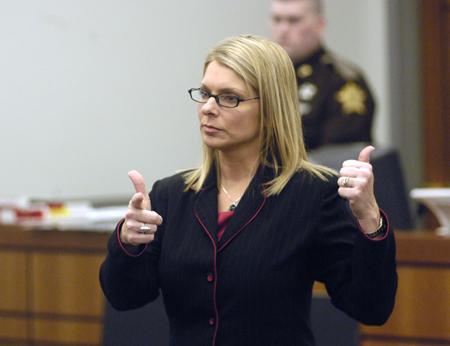 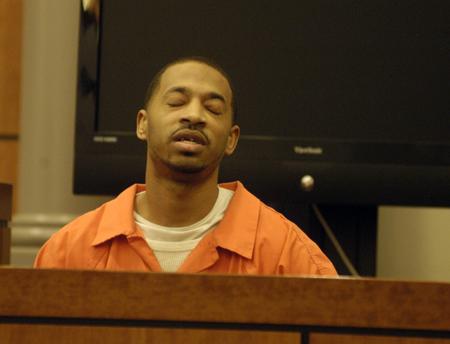 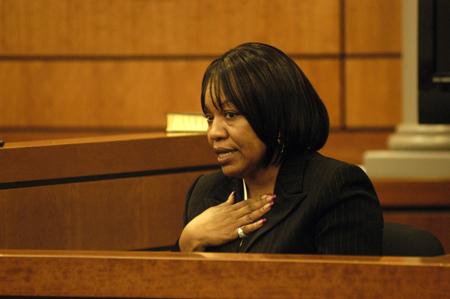 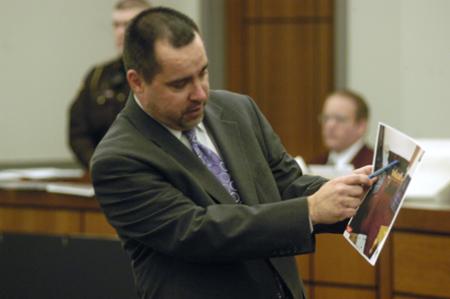 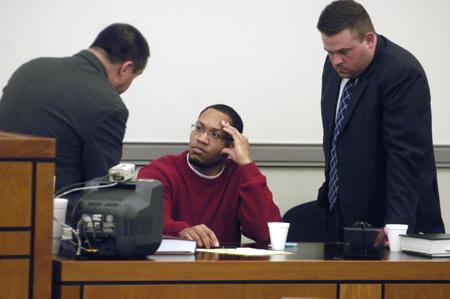 After a week-long trial, a Christian County jury convicted Aaron Whaley of two murders and other crimes Friday night.

Then, after hearing that Whaley, 24, had been convicted in three prior shootings, the jury sentenced him to serve two consecutive life sentences.

The jury found Whaley guilty of two counts of murder, two counts of wanton endangerment and fourth-degree assault after two and a half hours of deliberation.

Whaley, as well as both sides of the courtroom, remained expressionless when the verdict was announced. No one made a sound.

After less than an hour of deliberation during the sentencing phase, the jury determined Whaley should serve two consecutive life sentences, as well as 10 years on each wanton endangerment charge. Circuit Judge John Atkins will determine sentencing for the fourth-degree assault charge because it is a misdemeanor.

The jury also chose to classify Whaley as a persistent felony offender after hearing testimony from a probation and parole officer and a Christian Circuit Clerk about his criminal history. This made what would have been five-year sentences for the wanton endangerment charges 10-year sentences.

During the trial, the prosecution painted a picture of Whaley on a killing spree on the night of the shootings.

“On that day of Nov. 5, 2006, Aaron Whaley decided to go through the neighborhoods of Cottage and Lewis streets on a rampage – a killing spree – destroying everything that stood between him and K.C. Torian,” said Commonwealth’s Attorney Lynn Pryor.

Whaley first shot Deoliver Coleman, 23, in front of Coleman’s Cottage Street home. Testimony showed that Whaley was trying to get Coleman, Torian’s friend, to find Torian for him. When Coleman refused, Whaley shot him.

Seconds later, Whaley shot into a green Jeep Cherokee that came barreling around the corner of East First and Cottage streets.

The driver of the Jeep, Marcus Harris, 22, a friend of Whaley’s, testified that he didn’t believe Whaley was trying to hurt him. Two girls were also in the Jeep with Harris at the time of the shooting.

Defense attorneys argued Whaley thought Torian, 27, was in the Jeep and was “setting him up.”

Jewell Jerome Manning Jr., 26, who was with Whaley, then took Whaley to his home about a block away at 134 Lewis St., where the two stayed until Torian knocked on the door.

When Whaley opened the door, he shot Torian nine times and ran from the house.

An argument made by the defense that Whaley was scared for his life fell through when testimony from police officers revealed there was no weapon found on Torian.

Several of the defendant’s family members, including both of his parents, and Coleman’s grandmother testified before the jury deliberated on a sentence.

Whaley’s mother, Sharon Combs, apologized to the family and friends of Torian and Coleman during her testimony.

“I’m not going to sit here and try to minimize these charges,” Combs said. “Am I going to ask you to have mercy on my son? Of course I am. He’s my son.”

Combs called the shootings “tragic and unnecessary”, but said she was sure something good would come from it.

The courtroom heard Whaley speak for the first time Friday night when he responded to his mother during her testimony with an “I love you, too” after she told her son she loved him.

Manning, who testified for the defense Friday morning, entered a guilty plea on charges stemming from the incident. Manning pleaded guilty to facilitation to murder, possession of cocaine and hindering apprehension or prosecution. He also entered a plea on two counts of possession of a firearm by a convicted felon stemming from an unrelated incident.

The Commonwealth has recommended he serve six years in prison for the charges.

Manning entered the plea before he testified so he could not invoke his Fifth Amendment rights, Pryor said.

A formal sentencing hearing for Whaley is scheduled for May 12.