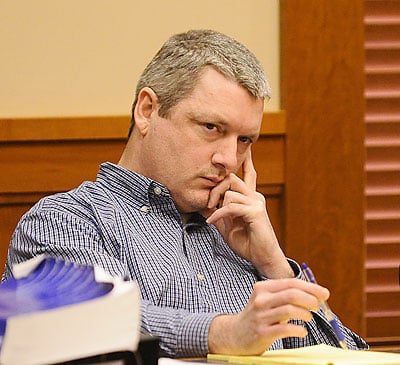 Kevin Dunlap listens to the opening remarks of his trial Feb. 18, 2010, in a Livingston County courtroom. 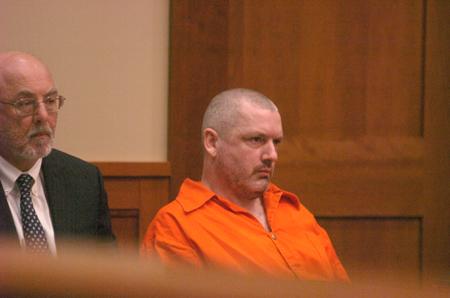 Kentucky New Era
Doug Williams, (right), father of Kayla Williams, sits in a Livingston County courtroom during the final sentencing of Kevin Dunlap on Friday in Smithland.
1 of 2

Kevin Dunlap listens to the opening remarks of his trial Feb. 18, 2010, in a Livingston County courtroom.

A former Army helicopter mechanic for the 160th Special Operations Aviation Regiment who was sentenced to death in 2010 for a triple-homicide reached an agreement with his attorneys Friday as his appeal makes its way to the U.S. Supreme Court.

Lyon County Chief Circuit Judge C.A. “Woody” Woodall told New Era he cancelled the planned Friday hearing as he saw no need of it after Kevin Wayne Dunlap and his counsel agreed to Dunlap’s demands that his legal team keep him apprised through every step in the process.

Dunlap burned down Frensley’s home with her children inside after he killed them.

In a December motion filed by Dunlap, he asked to represent himself in the death penalty appeals process, so he could expidite his execution, which prompted the now-cancelled hearing.